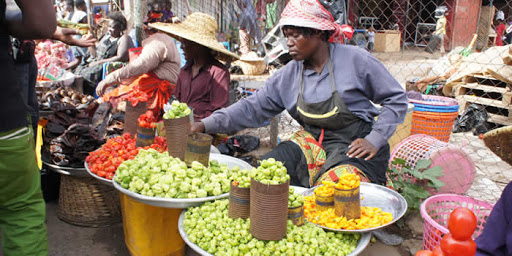 The Eastern Regional Health Directorate is advocating for stricter sanctions and implementation of bylaws by various Municipal and District Assemblies to force residents in the Eastern Region to adhere to social distancing protocols.

According to the health directorate, it has noticed that even though a majority of residents in the region have taken up the handwashing with soap under running water sensitization, they are still not adhering to social distancing protocols at market spaces and lorry terminals which is putting residents at risk.

Some assemblies took initiatives to make market women and transport owners operate a shift system at various markets and bus terminals to decongest their space but implementation has been a major problem.

The Regional Health Promotion Officer, Bridget Anim who spoke to Citi News called on various assemblies to act swiftly to help prevent a possible community spread of the virus.

“We would advise that the local government has some bye-laws which should be enforced and ensure that some of the market women are taken away from the market because the way we have it now is just like the normal times. And we have all said we are not in normal times.”

On 1st April, the Eastern region recorded its first case of coronavirus at the Kpong in the Lower Manya Krobo District. It became the fifth region out of the 16 regions to have recorded the case.

Ghana’s total case count for COVID-19 has increased to 313. This follows the confirmation of 26 new positive cases.

The confirmation comes after more contacts of COVID-19 patients were traced and their samples tested.

According to the Ghana Health Service’s updates, the new cases were confirmed in the Ashanti, Greater Accra and Central Regions.