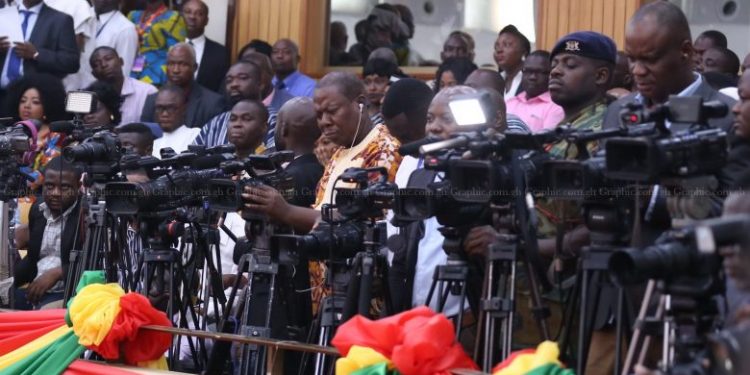 iWatch Africa, as part of its efforts to promote digital rights in Ghana, has empirically established that Journalists, Media Workers and Rights Activists in Ghana are attacked and abused on Twitter more than on any other digital platform in the country.

iWatch Africa, through the Africa Digital Rights Fund (ADRF) is tracking, documenting and analyzing threats against Journalists, Media Workers and Rights Activists within the digital ecosystem in Ghana. The project dubbed “iWatch Africa Digital Rights Campaign” has since January 2020 been tracking cyber-attacks, threats and harassment targeted at journalists, media workers, and rights activists in Ghana.

The survey which is still ongoing has so far received over 1,000 responses from iWatch’s digital desk made up of 20 trained journalists. The personalities being tracked are individuals with high standing in the journalism fraternity, rights activists, highly critical and opinioned commentators, and seasoned media practitioners. All identified culprits will be reported to CHRAJ.

Where do abuses happen?

The study has revealed that of the responses received so far, circa 95.5% of the abuses targeted at Journalists, Media Workers and Rights Activists have occurred on social media platforms. The key social media platforms include Twitter, Facebook, Telegram, Instagram, LinkedIn et al. Social media websites and applications have increasingly become the means for communicating in our increasingly technological and interwoven world. They have enabled users to create and share contents instantaneously across the globe, and with the potential to do so anonymously.

Regarding social media abuses, a whopping 57.2% of all social media threats and harassment occurred on twitter, followed closely by Instagram, with 30% of violations. Facebook, however, witnessed less than 10% of abuses on its platform against Journalists, Media Workers and Rights Activists in Ghana.

The chart below shows all the platforms in Ghana where threats and harassments against Journalists, Media Workers and Rights Activists occurred.

The threats and harassments occur either through a direct message to victims or through cyberstalking -when an individual sends numerous unsolicited messages to another person (i.e., “direct communications”) that cause the other person distress, anxiety or other forms of harm. Online impersonation and trolling – where harmful messages and communications about a person sent to a third party rather than directly to the victim (i.e. “indirect communications”) in the other way journalist, media workers and rights activists in Ghana gets abused. The next is Online harassment campaigns – where a person experiences a sustained campaign often coordinated harassment from several individuals.

The rest are online sexual harassment and hacking. Others such as doxxing – a practice of researching and broadcasting private or personally identifiable information of the individual such as their telephone number or email and home address – are also increasingly becoming common in Ghana. The chart below illustrates the form that online abuses against Journalists, Media Workers and Rights Activists take.

From the study, iWatch Africa can conclude that Ghana’s digital ecosystem is not free from abuses and for that matter requires a policy response to promote cyber hygiene so that the full benefits of the digital space can be realised.

iWatch Africa is determined to work closely with CHRAJ and other policymakers in Ghana to develop protocols to look at, among other things, internal psychological and legal support for journalists, media workers and rights activists; proper reporting of online harassment; community management and content forum moderation.

This iWatch Africa project is being supported by the International ICT Policy for East and Southern Africa (CIPESA).

iWatch Africa will continue through its digital rights campaign to highlight the excesses in the digital ecosystem of Ghana. The organization’s ultimate goal is to ensure that sustainable policies are put in place to protect and shield everyone operating in the digital space of Ghana from abuses.

SARS-COV-2: The cunning illusive coronavirus that gave the world a wake up call