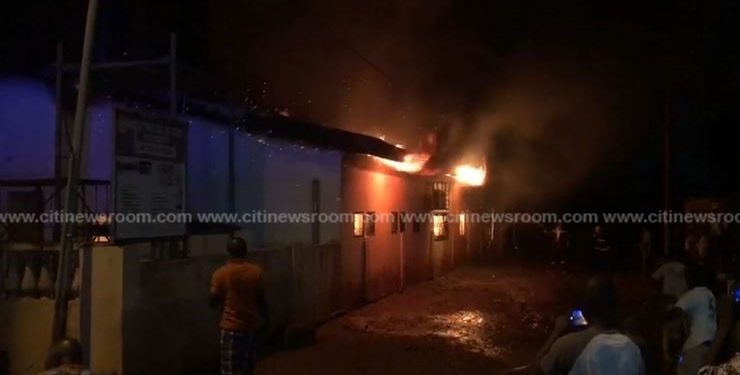 The Central Assemblies of God Church in Ho has been gutted by a fire.

The fire started around 7:00 pm on Wednesday.

Some youth of the Church were conducting a Facebook live service on the premises when the fire started.

The youth said they smelled smoke in the chapel but were unsure of what it was until they were prompted by the security to vacate the chapel. 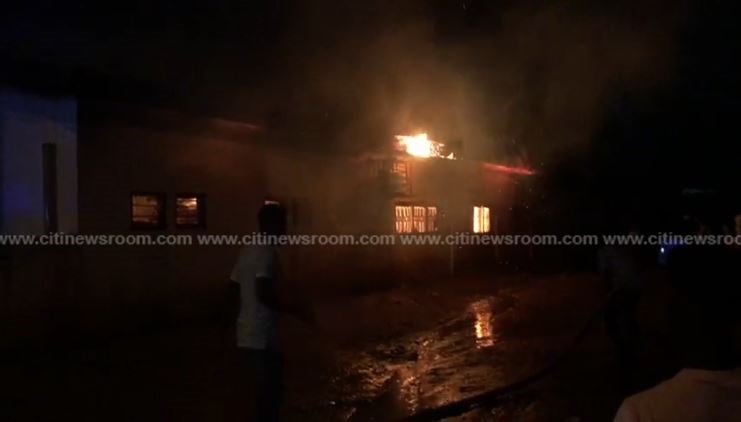 Some eyewitnesses who spoke to Citi News said they saw an airconditioner affixed to the office of the Senior pastors on fire a few minutes before 7:00 pm.

They said they called the Fire Service immediately and after about 15 minutes, the firefighters arrived with a fire tender but had a tough time battling the blaze.

Together with the support of some youth of Ho Ahoe, the firemen eventually managed to contain the fire until two additional fire tenders arrived. 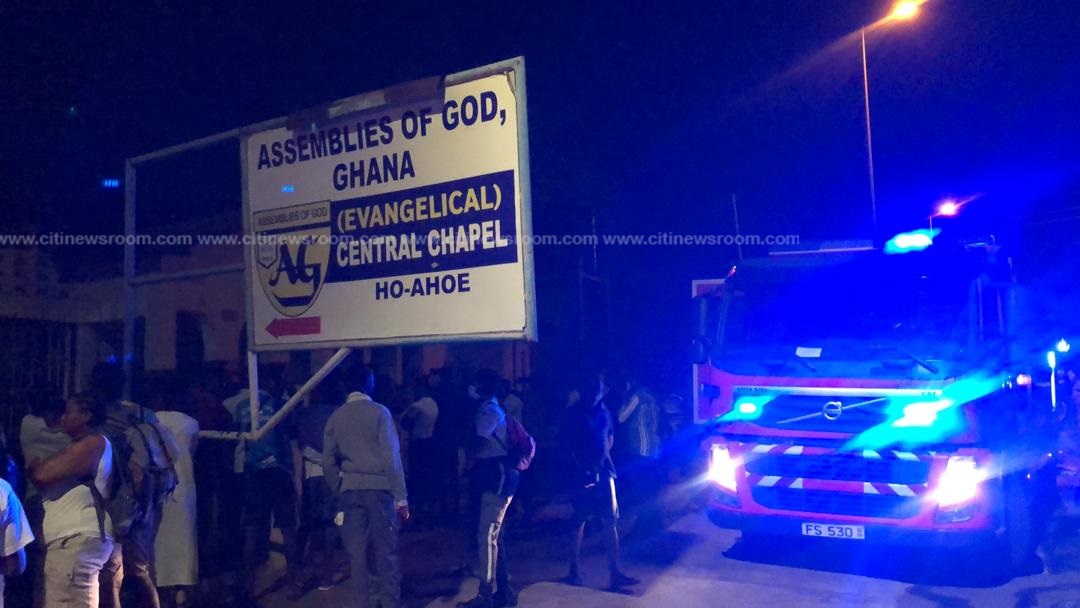 A number of offices attached to the church building were greatly damaged by the fire.

Youth who were at the scene, however, helped to remove some chairs and sounds systems from the chapel before the fire could destroy anything there.

The Senior Pastor of the Church, Godson K. Bodza who was recently posted there said, ”The Church of God will bounce back with a super magnificent structure to the glory of God.” 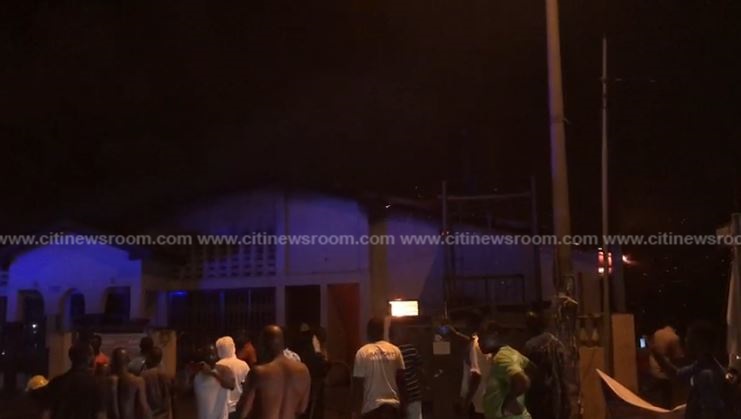 He urged calm amongst the congregants and concerned youth who gathered at the church premise.

As at press time, fire officers were still battling to douse the fire.