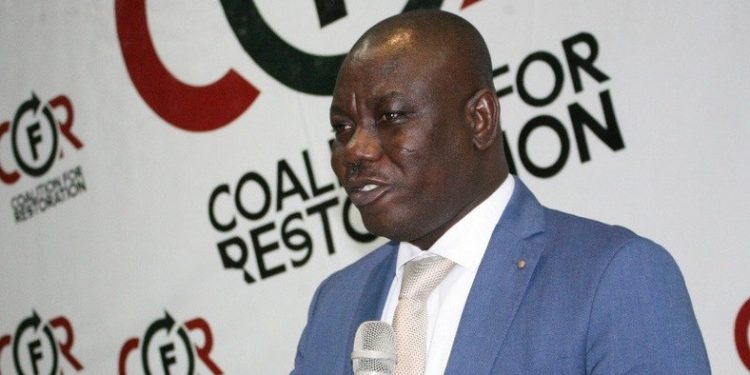 A Member of Parliament’s Finance Committee, Isaac Adongo has cautioned the Senior Minister to desist from foisting the UNIPASS system on the ports in the country or face the law in a future NDC administration.

According to him, the UNIPASS system is an inferior system compared to the existing system which has consistently delivered superior value to government and businesses at the ports.

Activities at the ports have suffered in the past few days due to the implementation of the new UNIPASS system.

“The last thing they expect to see is to get to a port and not be able to load their trucks to go and run the filling stations and make some money to support their businesses and at the end of the day now be saddled with the possibility of shortages of fuel across the globe by this inept Senior Minister.”

“We cannot allow somebody who belongs to a generation that is already gone to sacrifice the future of the next generation. I want to take this challenge to the senior minister that he cannot be looking for his pension from the resources of the people of Ghana. He must deliver what is value-driven for our people. He must not spend a penny of the people of Ghana to buy up a contract that is not superior and better than the existing contract and he must not pose additional risk to the business community at the port who have already suffered enough because they can’t even import the goods into the country” he added.

The government on Tuesday, April 28, 2020, started using a new single window system for the clearance of goods popularly known as UNIPASS, thus shutting down the old system operated by GCNet and Westblue.

However, Freight Forwarders have not been able to clear their goods at the Takoradi and Tema ports due to issues with the new system.

Meanwhile, the Ghana Institute of Freight Forwarders is also anticipating revenue losses if the concerns raised by stakeholders on the inefficiencies of the UNIPASS system are not addressed.

The Chamber of Petroleum Consumers, Ghana, (COPEC) has also been calling on the government to resolve issues with the UNIPASS system since Oil Marketing Companies (OMCs) and the Liquified Petroleum Gas Marketing Companies (LPGMCs) that had orders for supply of fuel to various outlets could not load a single litre of fuel all day on Wednesday the 29th of April due to discrepancies in the migration onto the new customs system (UNIPASS) at the depots.

1D1F: B5 Plus company appeals to government for adequate water and power supply