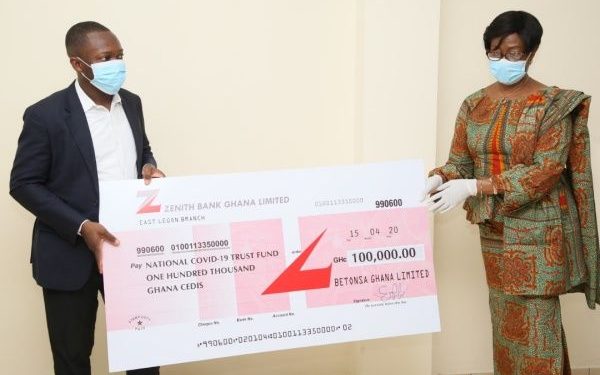 Chairperson of the COVID-19 Trust Fund, Madam Sophia Akuffo says all monies presented to the fund will be accounted for.

Speaking to Citi News after a number of companies made donations to the fund; Madam Sophia Akuffo said the money will be used for its intended purpose.

“The amounts will go into the main Fund. But, in the disbursement, we will make sure that we reach as many communities as possible. The Fund was set up to supplement and complement the government’s effort in combatting the virus. Medical centres and frontline activities will benefit and also the poor and vulnerable people in the community will also benefit,” she said.

President Nana Akufo-Addo in his fifth national address to the nation disclosed that the COVID-19 National Trust Fund has so far received a total sum of GH¢8.75 million in the form of donations from the general public.

He noted that the stated amount also includes US$600,000 and commended Ghanaians and institutions for heeding to the clarion call to support the Fund meant to support the vulnerable and those who will be hard hit by measures adopted to combat the Coronavirus disease in Ghana.

What the Fund seeks to do

The COVID-19 National Trust Fund has in a short while received many donations and contributions from businesses and individuals to complement the efforts of government in the fight against the disease.

President Akufo-Addo donated his April, May and June salaries as seed money for the Fund.

All Ministers of State and other top appointees at the presidency voluntarily decided to donate 50 percent of their salary for the next three months to the COVID-19 Fund.

Parliament has also contributed GH¢200,000 with the Speaker of the House, Prof. Aaron Mike Ocquaye also donating half of his three months’ salary to the Fund.

Other groups and associations have also made different donations in cash and kind to various hospitals and health services in the country.

The Trust, which is chaired by former Chief Justice, Sophia Akuffo, is to receive the public contributions to help improve the lives of the vulnerable who will be worst-hit by the pandemic.

Coronavirus and its impact on the Ghanaian economy [Article]