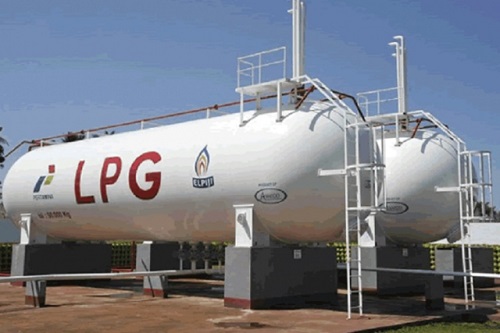 The National Petroleum Authority (NPA) has justified the imposition of a new levy on Liquefied Petroleum Gas (LPG) as it pilots the Cylinder Recirculation Model (CRM).

According to the Authority, the levy which by its nature does not require parliamentary approval is to compensate marketers whose cylinders are being used for the recirculation program.

The NPA on Wednesday, April 1, 2020, directed industry players to begin 13.5 pesewas charge on each kilogram of LPG.

It also instructed Oil Marketing Companies to increase the levy on Fuel Marking Margin from three pesewas to 4.5 pesewas per litre on every product.

Some industry watchers have however said that both directives are unlawful and must be withdrawn with immediate effect.

But, the NPA’s Chief Executive Officer, Hassan Tampuli says the Authority cannot be accused of any wrongdoing arguing that, the new levy is a “full cost recovery mechanism” for LPG marketers under the CRM, insisting that claims that the monies are being collected for the government are false.

“As part of the arrangement and full cost recovery mechanism that was introduced in July 2015, taxes and levies are matters that we put before Parliament and then issues of margins which are taken care of by OMCs and LPG marketing companies have their own margins and move the margins as the market forces call for it. These ones are not sent to Parliament for review. They are left to the discretion with formula under the full cost recovery mechanism. So if you bring in cylinders under the cylinder recirculation model and the LPG marketing companies is expected to procure, brand, own and maintain the cylinders, then there is the need to have a margin that when the price goes down, the kit will accommodate this new expenditure,” he said on the Point Blank segment of Eyewitness News.

“This particular margin is not that it is supposed to go to the central government or the NPA or any other agency. No. It is supposed to compensate the LPG marketing companies for the cylinders that they have procured on behalf of the consumers. We envisage that we will be needing about 10 million cylinders, Under Cylinder recirculation around the world, there is a margin in the price build-up used to pay the procurement of the cylinders, it does not go to the central government so it is not NPA that will receive this money,” he added.

Mr. Hassan Tampuli also added that the Authority has been transparent in its dealing arguing that despite the imposition of the level, there hasn’t been any significant corresponding increase in the prices of petroleum products.

He noted however that, the prices of such products are going down marginally.

“So it is a transparent arrangement that has taken place to ensure that all the parties will get full cost recovery. Not all prices are going up. Notwithstanding the introduction of this margin, prices of petroleum products are still going down between 8-10 percent. The margin for the PPMs still remains three pesewas so that even shouldn’t be part of the discussions. It is the GHS13.5 that is in price that is meant to pay LPG marketing companies. This is what we are using, so it is based on a certain model, financing arrangements that will ensure a return on their investments. It doesn’t go to the central government.”