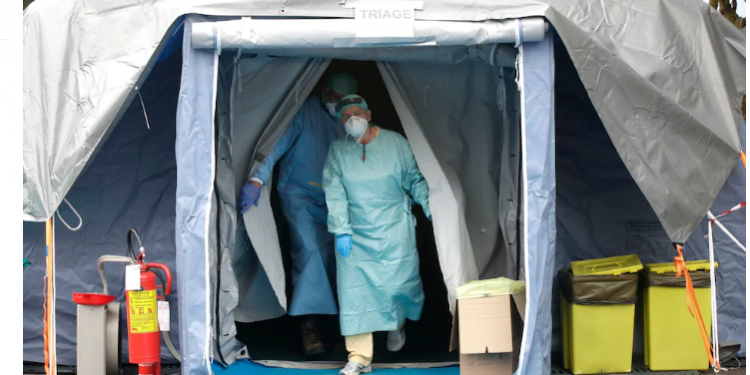 The two Nigeriens who were recently found to be COVID-19 positive in Ghana have been returned from the Ga East Municipal Hospital, Ghana’s main national coronavirus treatment centre.

This is because the two are not cooperating with health authorities to be treated there.

The two persons are currently being held in a secluded police facility.

“The two Nigeriens who tested positive to COVID-19 and were transferred from a Police holding facility of the Accra District Police to the National Treatment Centre have been returned to the Police facility as a matter of necessity, to enable health officials to manage them. The two refused to submit to treatment at the national treatment centre, making their management difficult, thus their return,” a press release from the police said.

The release from the police said the government of Ghana is working with the Nigerien Ambassador in Ghana to decide on the management of the two cases.

It is unclear if the government will consider repatriation as an immediate solution.

Meanwhile, the Ghana Police Service says its officers will not be in contact with any of the two Nigeriens as efforts are being taken by the medical team of the Police Service to “safeguard Police Officers and our facility”.

“The public is reminded to continue to cooperate with the Police and Security Services to help curb the spread of the COVID-19. Stay home and stay safe, as we keep the frontline,” the police added.

The two Nigeriens were arrested on April 5, 2020 when a taxi they were in was stopped by police enforcing the lockdown directive.

The two could not give tangible reasons for their movement, sparking suspicion hence their arrest.

Further investigations by police triggered a medical test on them at the Ridge Hospital whose result came back on April 13, 2020.

Citi News‘ Umaru Sanda Amadu reported that, “On April 5, they [Police] found them moving with a taxi driver. The police noticed that there were inconsistencies in their answers. When asked where they were coming from, they said they came from Niger and had their luggage on them. The police took them into custody and then to the Police hospital and eventually to the Ridge Hospital where they had their samples taken.”

A total of 636 novel coronavirus cases as of noon on April 14, 2020 have been recorded in Ghana with eight deaths and 17 recoveries.

The Greater Accra Region has the most number of cases – 509.