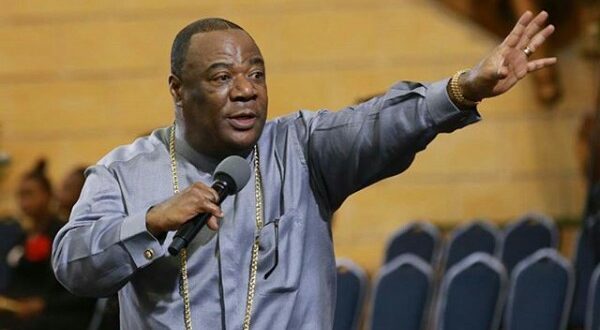 “You heard me right! The Papa coughed! And it was no ordinary cough! It was long, guttural, and grasping at first. Eyes were raised, mouths were thrown open, holy eyebrows were flashed at the choking saint, cameras flashed and microphones switched into double action. The nation stood still as a bottle of water was produced to aid the suffering man.”

I was driving to town the morning of the National Day of Prayer summoned by the President to raise a banquet of intercessory prayer against the Coronavirus. President Trump had conducted similar ablutions in America previously, in a gathering that paraded some of the holiest names of the land for national prayers against the pandemic. Usual with American imports, other world leaders did the same, including our President.

Involuntarily, my radio settled on a channel that transmitted the event simultaneously so Ghanaians could participate in the service from all walks of life. After all, it was a national petition to unify our common invitation for God’s swiftest eradication of the virus.

A rainbow of prayers was said by the crème de la crème among the religious orders of this country without the slightest evidence of a cough by anyone until the “Papa” took his turn to pray. He is known for his avid nationalism and his powerfully trumpeting and thundering prayers. Indeed, his recorded prayers are among the best ringtones I have ever heard. Everybody waited impatiently for his sonorous liturgy of erudition to blow the devil’s brain away without mercy when Corona reared its ugliest head.

You heard me right! The Papa coughed! And it was no ordinary cough! It was long, guttural, and grasping at first. Eyes were raised, mouths were thrown open, holy eyebrows were flashed at the choking saint, cameras flashed and microphones switched into double action. The nation stood still as a bottle of water was produced to aid the suffering man. But what use is a piece of bone to a toothless dog? Corona appeared to have double his attack, even with the introduction of water into the vessels of the throat. Nobody said it openly, but even for those of us who listened in reverence from miles away, we wondered whether Corona was not the chief instigator of this unapostolic national cough! It was the wrong moment to cough!

I am reminded of the President’s very prolonged bouts and rounds of intimidating cough during his coronation speech before a world audience nearly four years ago! I swear by my adventurous pocket that he would have been a clinical case for immediate quarantine if the event had happened yesterday!

You dare not cough for a moment anywhere in Ghana or elsewhere without suspicion of dabbling with Corona. Even clearing your throat or chest of a mild cough these days is considered chemically contagious. The pandemic has thrown a blanket of pessimism and fear over all things good and positive in the world. Nothing good matters anymore unless it is spiced with virus Corona.

Everywhere you turn, whether in the bathroom, or bedroom, dining room or under the trees, classroom or dressing room, in the pulpit or parliament, palace or presidency, indeed everywhere you turn ─ whether to the left or to the right, front or back─ the long shadow of Corona is visibly indispensable, sometimes appearing to chase you down the street, other times actually seeking to capture your thoughts in the alley, making himself extraneously present in the next person walking too close by, or clearly visible in the fellow modestly far away down the road. Oh my God, how alacritous is our monumental march towards prejudice and bigotry?

If you must pray this week, let your cry be unto God to prevent any contraction or association or connotations of anything resembling a cough, whether throaty or chesty, misty or dry anywhere near another human being. Now that we live in a world where coughs are more deadly than bullets, let your cough, if it must come, be confined to the privacy of your person where prejudice in all its diversity cannot endure.