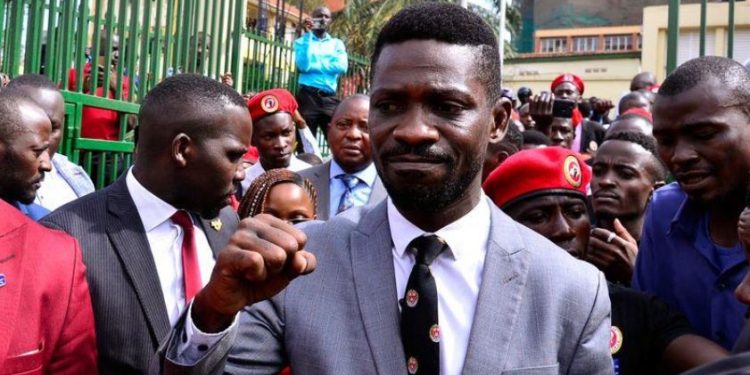 Bobi Wine, a pop star whose real name is Robert Kyagulanyi, is seeking to oust aging leader Yoweri Museveni, 75, in presidential polls due early next year.

One of Wine’s leading supporters, lawmaker Francis Zaake, was detained on April 19 by police who accused him of committing a “negligent act likely to spread an infection of disease”, an apparent reference to the coronavirus.

Zaake’s supporters say he was arrested after he distributed food to people at his residence as relief to help them cope with the coronavirus lockdown. Zaake has since been held in detention by security forces at several locations.

“He was tortured at each of those detention facilities. His eyes were sprayed with a substance that has left him unable to see,” Wine told a press conference in the capital.

After Zaake was brought to court on Monday on a stretcher, the court declined to allow him to be charged and instead ordered that he be taken to a hospital and treated first, judiciary spokesman Solomon Muyita said.

A police spokesman, Patrick Onyango denied Zaake had been tortured and declined to answer further questions.

Uganda, which has so far reported only 75 cases of COVID-19 and no deaths, has one Africa’s strictest lockdowns to combat the spread of the novel coronavirus.

All schools and businesses apart from the most essential were ordered shut and bans were also imposed on both public and private vehicles as well as all public gatherings.

Since emerging as a key figure in the opposition against Museveni, Wine has accused the government of targeting him and his supporters. His rallies are often dispersed with teargas, beatings and detentions of his supporters.

In one clash in 2018 Wine, Zaake and other opposition supporters were beaten by security personnel, some sustaining injuries that required medical treatment abroad.

Our merger with GIJ and GIL progressing steadily - NAFTI rector