Vincent Djokoto writes: The well-heeled can be more philanthropic 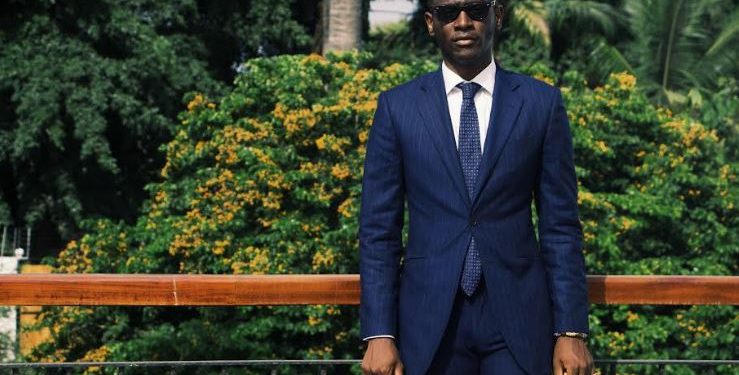 It was an awfully jam-packed schedule at work, which began with a fierce debate on radio and ended with one of those corporate sessions that drag on for ages.

I decided to grab a burger from a restaurant close-by and unwind at the terrace of my grandfather’s residence. It’s only a stone’s throw away from the office and has a cabinet crammed with drinks – perfect.

Just as I had polished a dusty vintage bottle of bubbly, and cleaned a flute, I heard my mobile phone buzz. It was an unknown number. I wouldn’t have picked up but for the shrill sound of the ring-tone.

“Hello is this Mr Djokoto?” a distinctly euphonic voice asked. “Yes please. Who is this and how may I help you?” I replied. She briefly introduced herself as an employee of a reputable non-governmental organisation.

“Would you like to make a donation to support our tertiary education fund?” she asked. “I believe it’s important for people like you to help the needy get access to educational opportunities”, she added.

I wasn’t the least bit surprised; the well-heeled tend to be prime targets for fundraisers, and understandably so.

I was tempted to give a flimsy excuse or bluntly tell her to shush. After all, how does one assume I’ve got extra cash to spare? And then I thought, hold on: she’s got a solid point.

I looked at the bottle of champagne once more, possibly worth the salary of an industrious working-class employee, with a sudden sense of guilt.

Perhaps, I was a bit emotional, but I felt overwhelmed by the moral obligation to ensure that a Ghanaian teenager somewhere could benefit from the self-development of a decent tertiary education, so before I could place the bubbly in a bucket of ice, I pledged some cash to the fund.

There are so many young women and men with the oomph to be business moguls, and there are plenty of start-ups that could be trillion-cedi corporations in the near future, but are currently being set back either by a lack of expertise or a sizeable capital investment.

I think the blue-blooded have a noble duty to help the wretched of Ghana and promising middle-class join the ranks of the affluent. Let us face it: how many old students have made six-figure donations to their alma maters? Only a few.

It’s not enough to donate second-hand clothes and organize cookouts for the deprived; that’s mediocre.

Ghanaians, especially the well-heeled, can be so penny-pinching about charity it is utterly shameful. Why so? The upper-class Ghanaian has one duty: to pass on wealth, in its entirety, to the next generation. The destitute Ghanaian is rarely considered in this transfer of riches.

And rather sadly, this has set a precedent for the nouveau riche; they emulate the needless backward snobbishness; architecture and decor of pre-colonial homes, style of clothes and general lack of generosity in the areas that matter most.

But by the lottery of birth, if there’s one marginalised minority that I can empathise with, it is the elite.

Quite frankly, I’ve grown tired of the cliché political argument by the far-left middle-class cigar-smoking Marxists that the wealthy are to blame for everything wrong with society.

The well-heeled are resented, by such groups, not exactly for their enormous wealth, but for the wide gap of inequality between the elite and the rest of Ghana.

The fact is: the well-heeled employ hundreds of thousands of Ghanaians and give them a means to put food on their tables – if the capital of the privileged doesn’t stimulate the free market, so many households might find themselves without a breadwinner.

Is it the case that wealth creators need more tax breaks? Would that make them more charitable?

Nonetheless, the well-heeled of our Republic must dig into their deep pockets and fork out large sums of cash to charities; benefaction is the essence of being posh.

The author, Vincent Djokoto, is a Business Executive and Columnist.