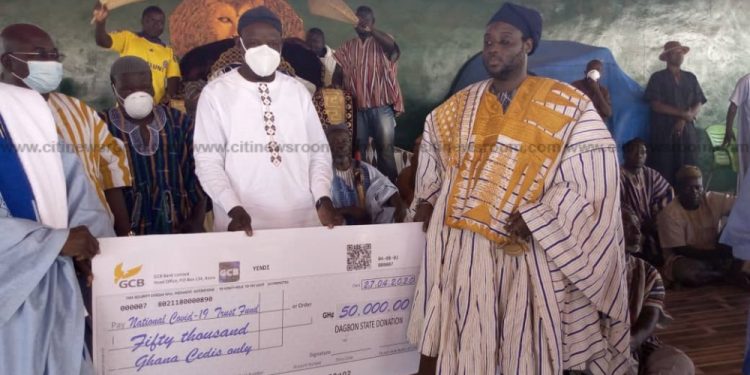 The Overlord of Dagbon, Yaa Naa Abubakari Mahama II has on behalf of the chiefs and people of Dagbon donated GHS50,000 to the COVID-19 Trust Fund.

The donation according to the Overlord is to support the president’s efforts in the fight against the Coronavirus pandemic.

At a short ceremony to present the cheque at the Gbewaa Palace to the Northern Regional Minister, Yaa Naa commended and acknowledged the efforts of the President in the fight against the virus and said the chiefs and people of Dagbon have decided to lend support to the government. 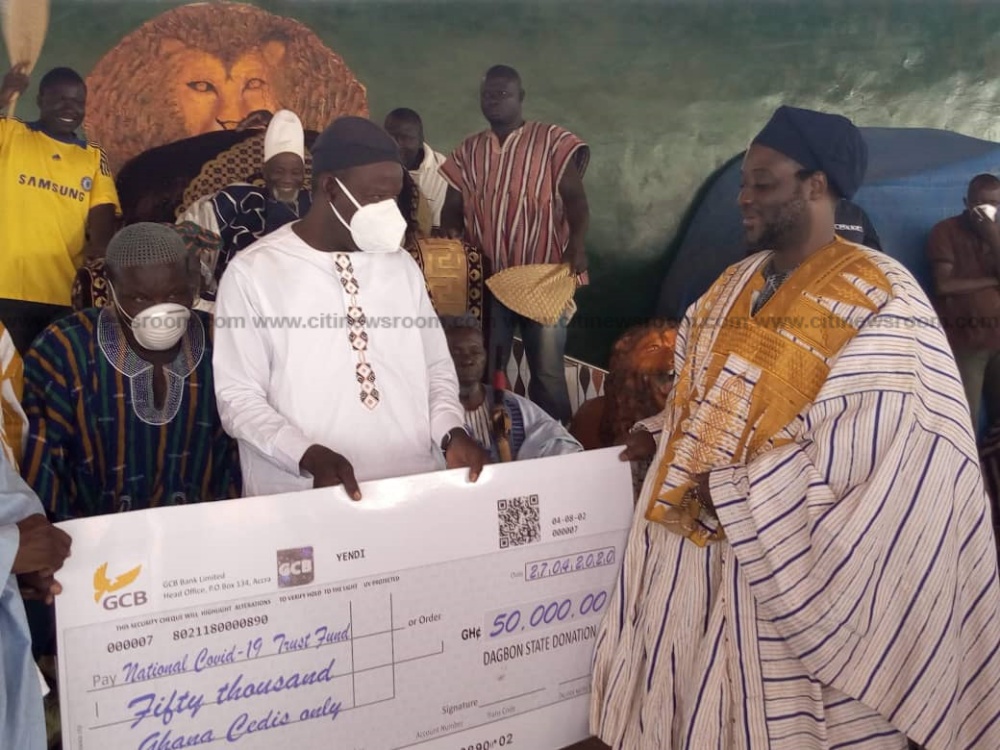 “We are doing this donation on behalf of the whole people of Dagbon. This donation is to complement the effort of the president in his unrelenting fight of the Coronavirus. We have seen his sleepless nights and have to encourage him because he is doing it for our own good.”

Yaa Naa Abubakari also called on all Ghanaians to help support the president and encourage all to follow the directives by the president.

“I called on the people of Dagbon and Ghanaians as a whole to support the president and not sit back expecting him alone to lead the fight. Let’s all adhere to the directives of the President to help succeed in the fight.”

Receiving the cheque, the Northern Regional Minister Salifu Saeed appreciated the good gesture of the Overlord and the people of Dagbon for the donation. 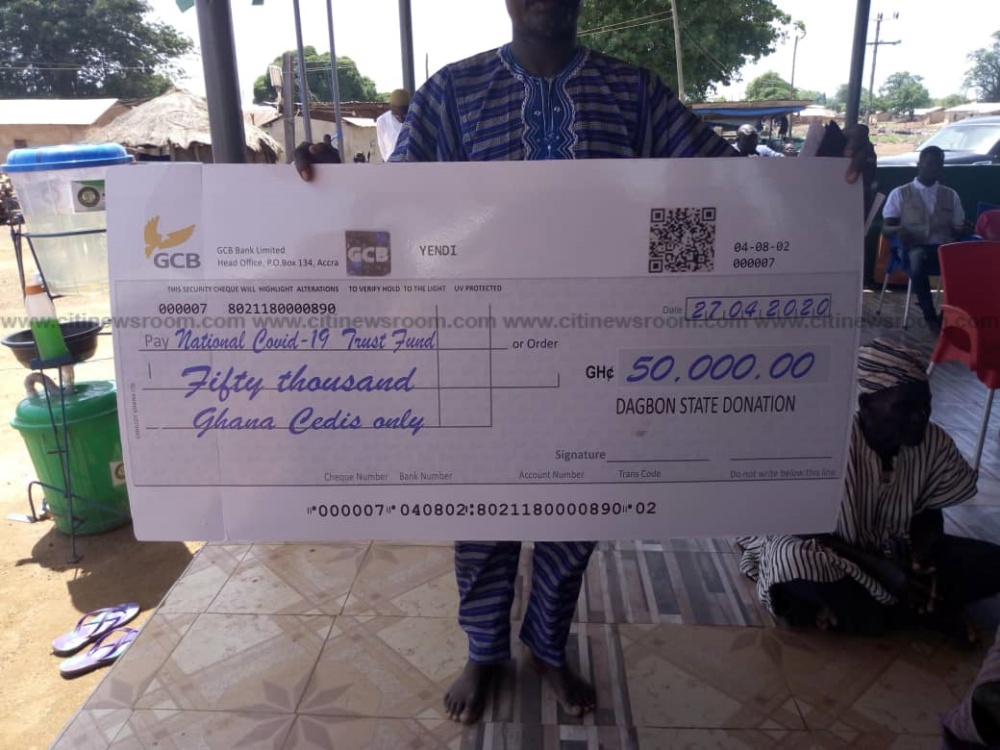 The Minister noted that the gesture by the Yaa Naa is something that can encourage government and heal a nation.

“As government, one of the best things that can encourage and motivate the president of a nation is to see the traditional rulers partnering the government to solve problems, to address challenges to give hope to the citizenry of the country. The amount is a huge contribution that goes beyond the money or the actual cash value you have done. Your gesture alone is a character that can heal the nation. ”

He acknowledged the leading role being played by the Overlord in the fight against the virus.