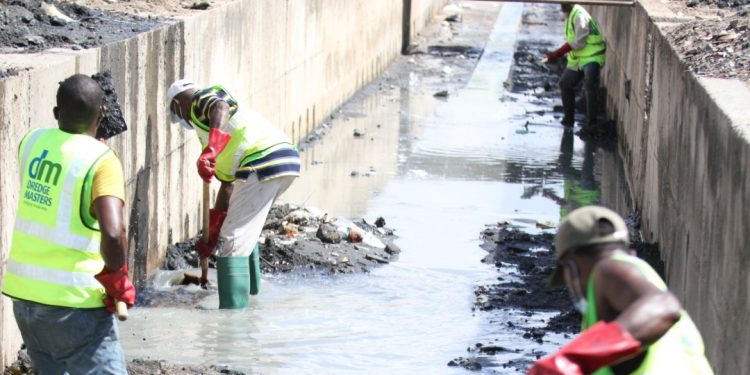 The Minister of Works and Housing, Samuel Atta Akyea, has disclosed that about US$10 billion would be needed to construct subterranean drains to help deal with the country’s perennial flooding.

According to him, although a subterranean drain is capital-intensive, “we do not have a choice, adding that “we would have to tackle this by going to the capital/bond market to raise about US$10 billion to undertake such a project.” 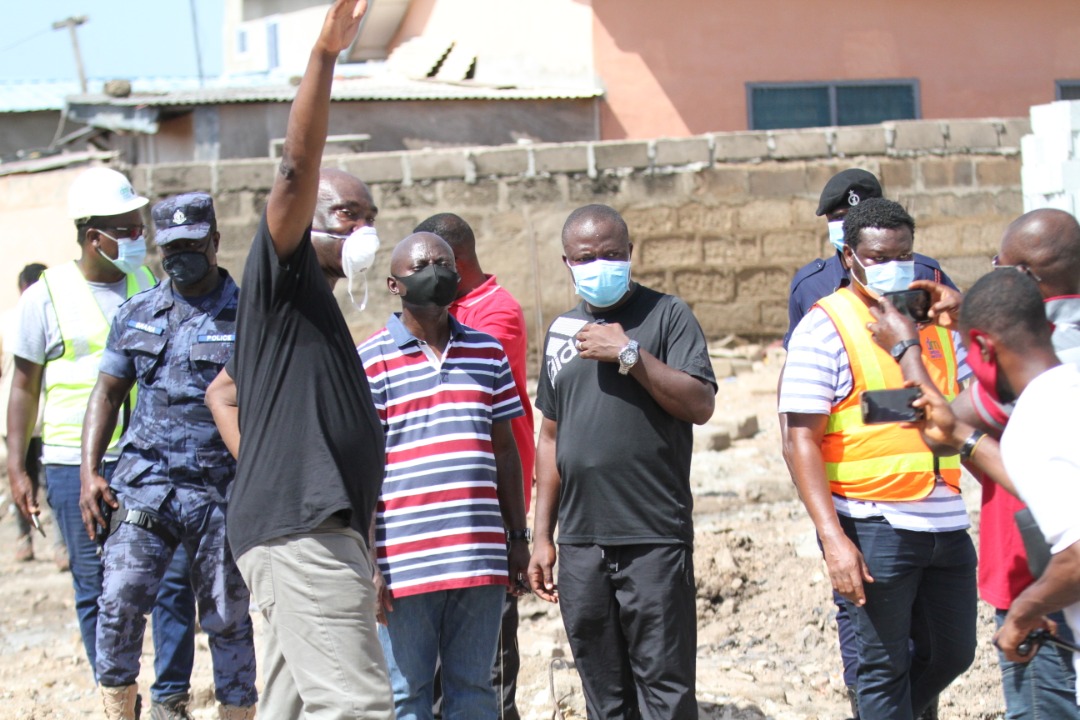 “I am of the humble view that in the long-run constructing subterranean drains would pay off instead of the country having to pay more money for the yearly desilting of drains and gutters,” he said.

Mr Atta Akyea made the observation while on a tour to kick-start an exercise of actively involving communities to desilt their gutters in flood-prone areas in Accra.

The ‘desilt choked gutters exercise’ is a collaboration between the Ministries of Works and Housing, Local Government and Rural Development, Sanitation and Water Resources, Dredge Masters, Zoomlion Ghana Limited and the Assemblies.

It is aimed at ensuring that the drains and gutters within communities, especially flood-prone areas, are free to allow easy flow of water to ward off floods which have the tendency to destroy lives, properties and livelihoods.

The Minister was accompanied by the Mayor of Accra, Mohammed Adjei Sowah, Executive Chairman of Zoomlion Ghana Limited, Dr Joseph Siaw Agyepong, and some assembly members. 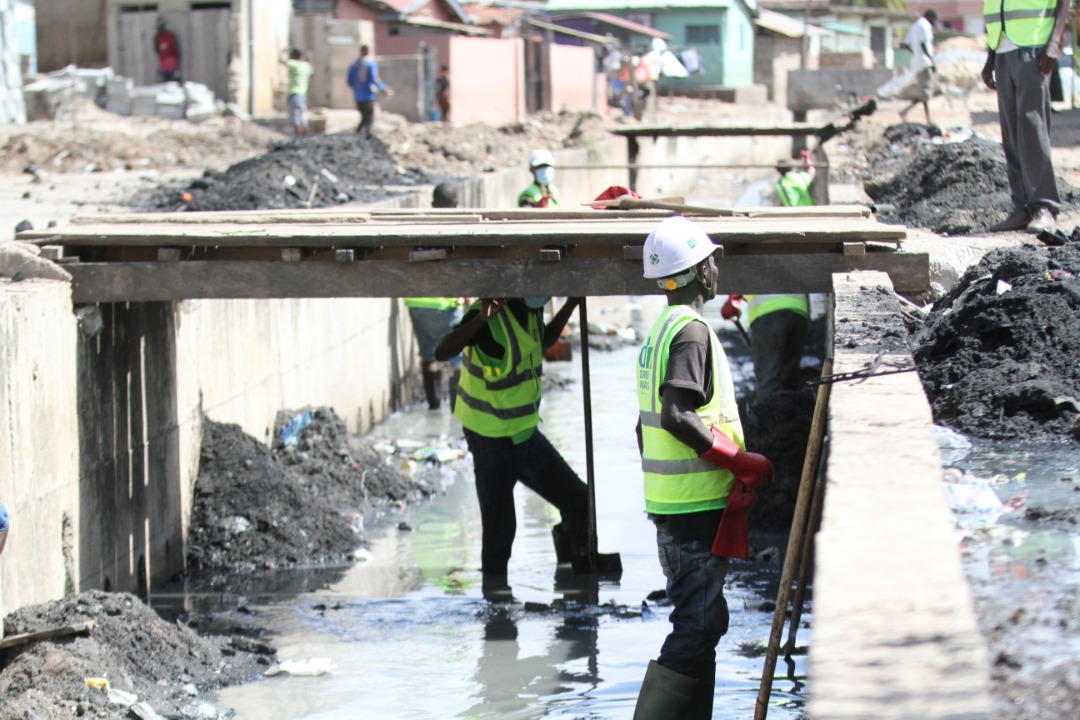 He stressed that constructing subterranean drains across the country will offer what he described as a ‘permanent fix’ to the country’s perennial flooding and its attendant effects.

Furthermore, he explained that a subterranean drainage system would put all the gutters and drains underground, instead of open drains which have been with us since independence.

He believed that this type of drainage system will prevent the prying eyes of recalcitrant citizens from tipping garbage from their homes into the open drains, resulting in choked gutters with its attendant floods.

At Chorkor Chemunna, Mr Atta Akyea, the MP for the area, Dr Alfred Okoe Vanderpuijie, the Mayor of Accra and Dr Siaw Agyepong joined hands with the residents to desilt the heavily choked gutters in the community.

And while there Mr Atta Akyea lamented over the fact that most of the gutters and drains were choked.

He attributed this to the Ghanaian sub-culture of creating filth and tipping it into the gutters and drains. 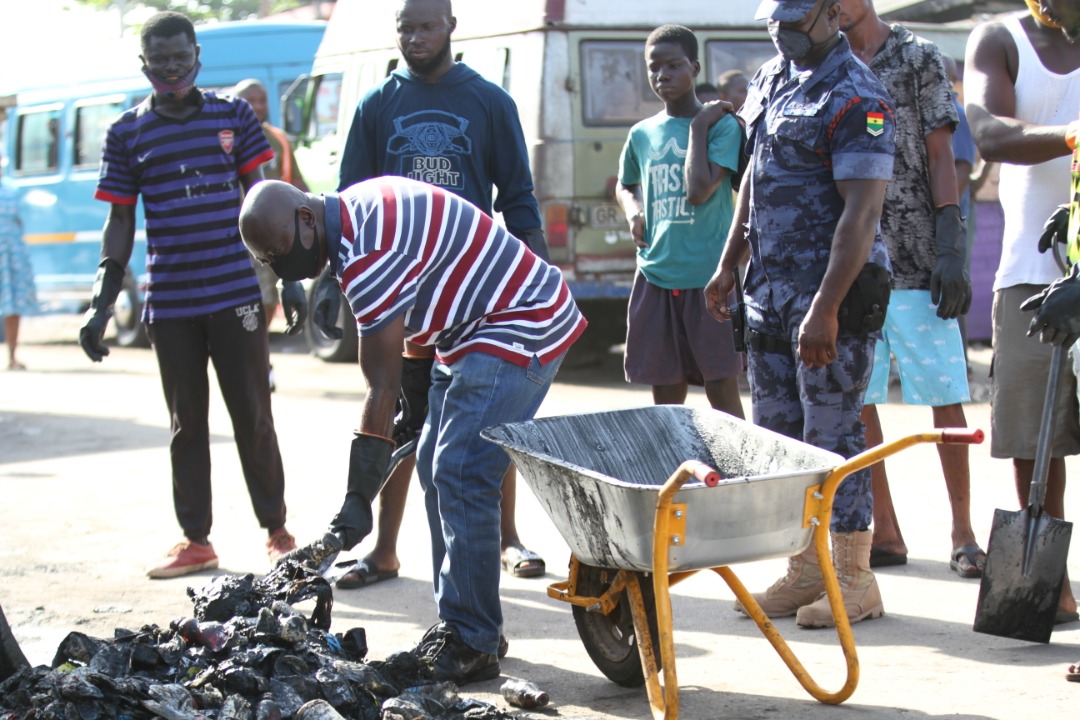 He described this as a “bad habit” that comes back to punish residents in the form of breeding of mosquitoes, dysentery, diarrhea because of the poor management of the environment.

Mayor of Accra, Mohammed Adjei Sowah, admonished residents in the national capital to show positive attitudes towards their environs. These, he said, included refraining from throwing garbage into open drains, indiscriminate littering and ensuring that their environs are always clean, adding that his outfit would enforce the bye-laws on the environment.

On the footbridge across the Chemu Lagoon which was destroyed recently, the mayor
announced that plans were underway to build a concrete bridge which will enable cars to also ply on, besides its use by residents.

Zoomlion Ghana Limited brought in personnel and waste management vehicles in support of the exercise, while Dredge Masters’ workers were also seen busily desilting drains in the said communities.