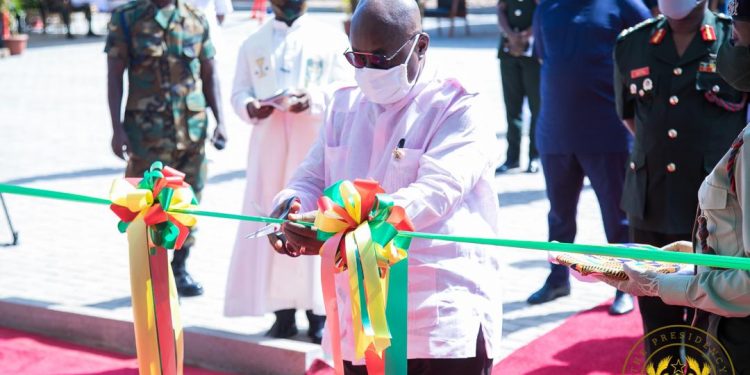 The construction of the barracks commenced in 2017, as part of the Barracks Regeneration Project.

It will be recalled that upon his assumption of office, and in the Asempa Budget, President Akufo-Addo announced the institution of the ‘Barracks Regeneration Project’, to address the accommodation challenges of the Armed Forces, and, thereby, ease the discomfort that troops and their families were facing. 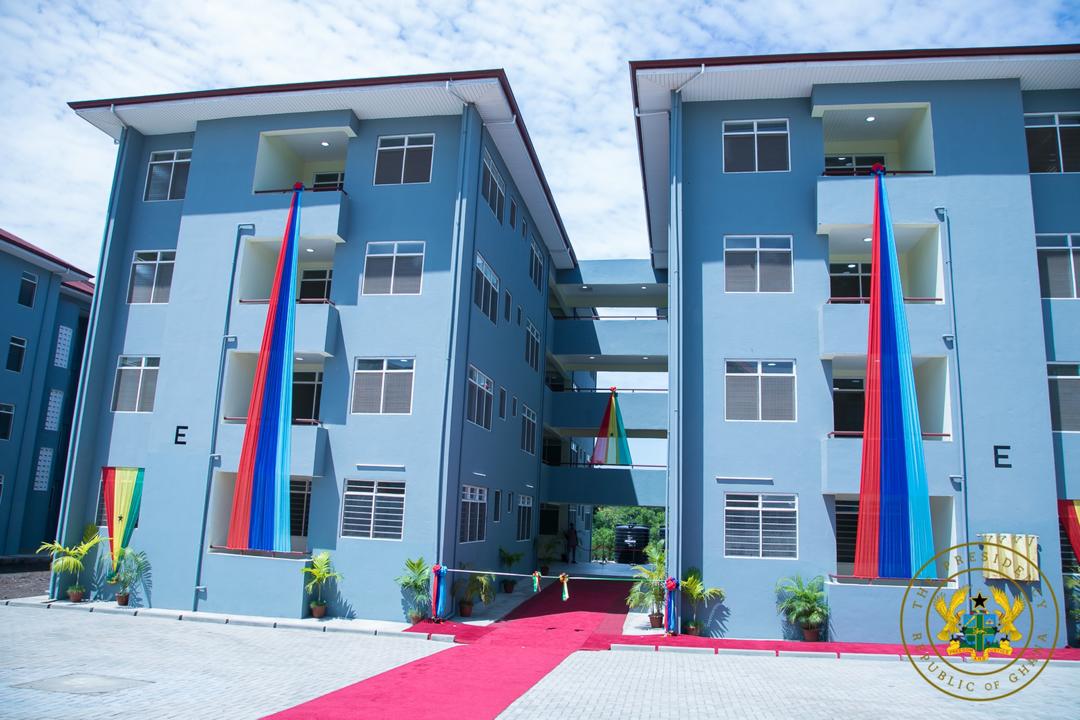 Commissioning the New Douala Barracks, the President noted that “over the last three years, we have worked diligently to improve the state of operational readiness of the Armed Forces, by retooling all the Services to enable you to perform your roles more efficiently and effectively.”

One plank of this welfare-enhancement package, he said, is the Barracks Regeneration Project, which has resulted in the completion of the ‘New Douala Barracks’. 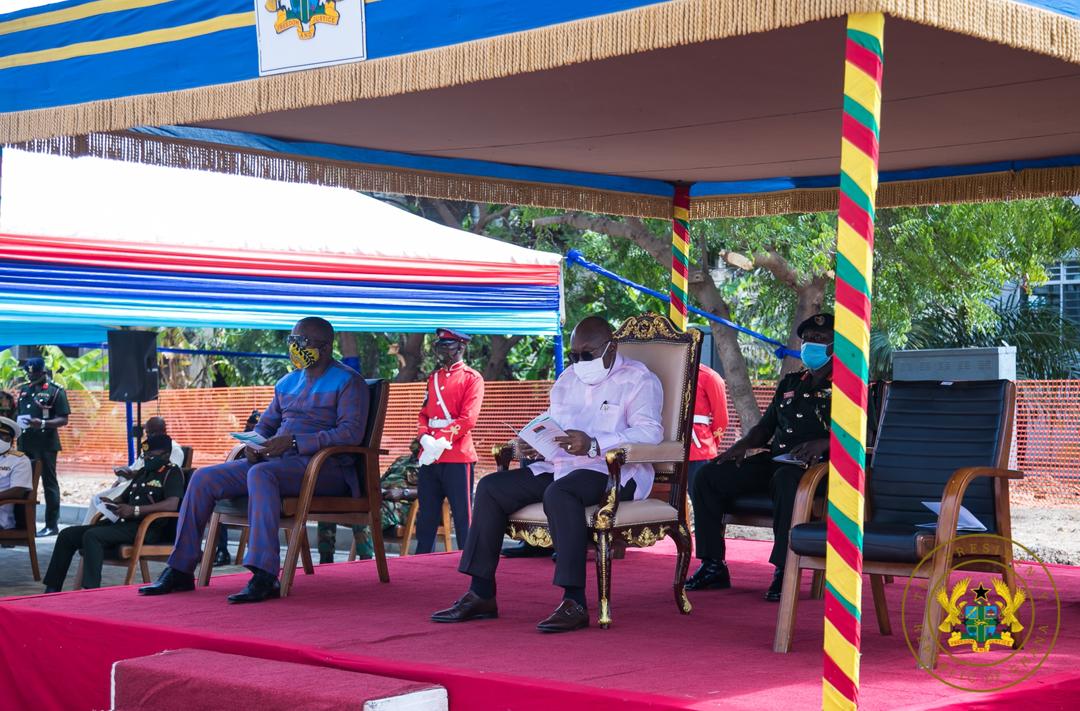 “Today, sixty-four (64) families will be the beneficiaries of four (4) new blocks of sixty-four (64) apartments. Each of these apartments has a living room, two (2) bedrooms, a kitchen and standard sanitary facilities,” he said.

President Akufo-Addo continued, “It is gratifying to know that similar, on-going accommodation projects are near completion at the Airborne Force, Six (6) Infantry Battalion in Tamale, and other garrisons. In due course, they will also be commissioned, and I assure you that Government remains committed to dealing with the matters of accommodation of the Armed Forces.” 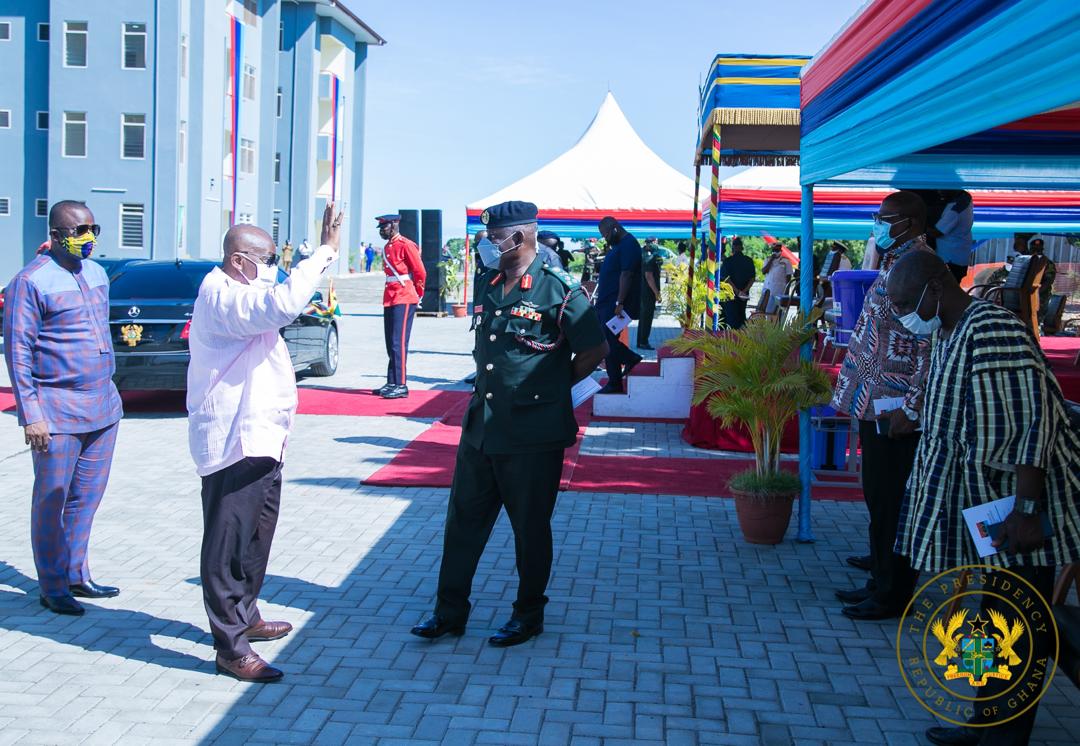 The President urged the Military High Command to ensure that these accommodation units are well maintained, and appealed further to the new occupants to make sure that these facilities stand the test of time.

Touching on the road network in the Barracks, President Akufo-Addo assured the Chief of Defence Staff, Officers, men and women of the Armed Forces that “the sod will be cut next week for the commencement of construction of phase 2 of Burma Camp Roads. Indeed, the list of all roads in the garrisons have been submitted to the Ministry, and, soon, work will begin on all the roads that are not in good condition. I have to redeem the pledge I made to you about your roads, and I am doing so.” 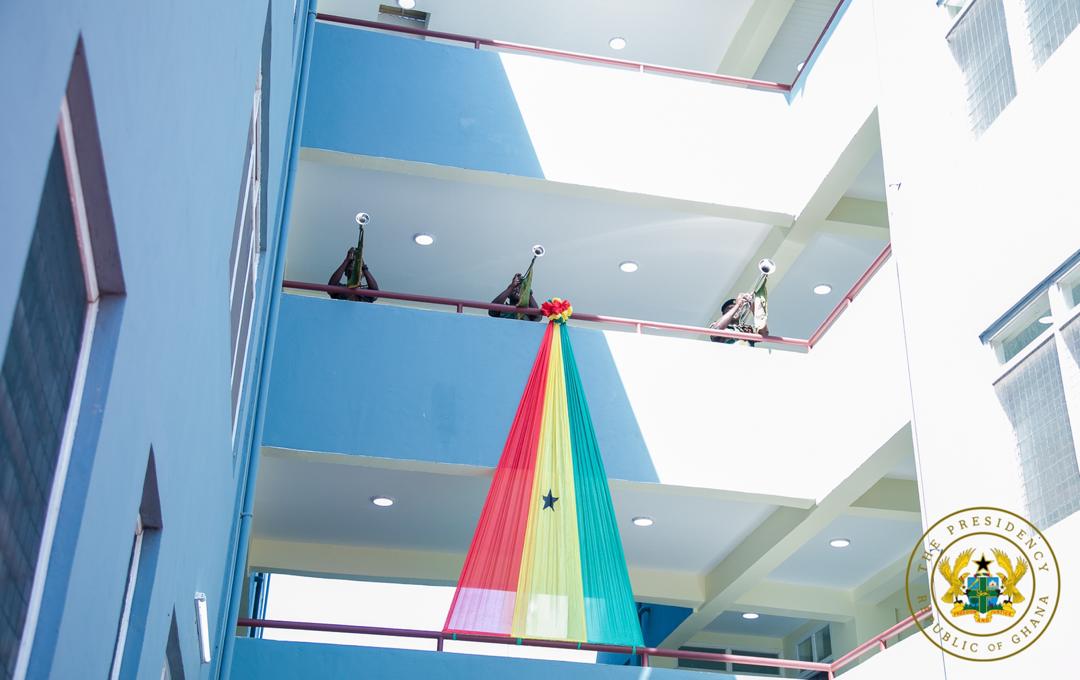 Expressing his gratitude to the Military for responding to his call to help in the fight against the Coronavirus pandemic, he stated that “I am proud of your exceptional diligence and vigilance in ensuring that the protocols and restrictions I outlined were complied with, especially during the three-week partial lockdown of Accra, Kumasi, Tema and Kasoa.”

Describing their efforts in the areas of medical support, logistics chain management, the enforcement of the restrictive measures, and operations on land, sea and air as laudable, the President commended their co-operation with the other security agencies. 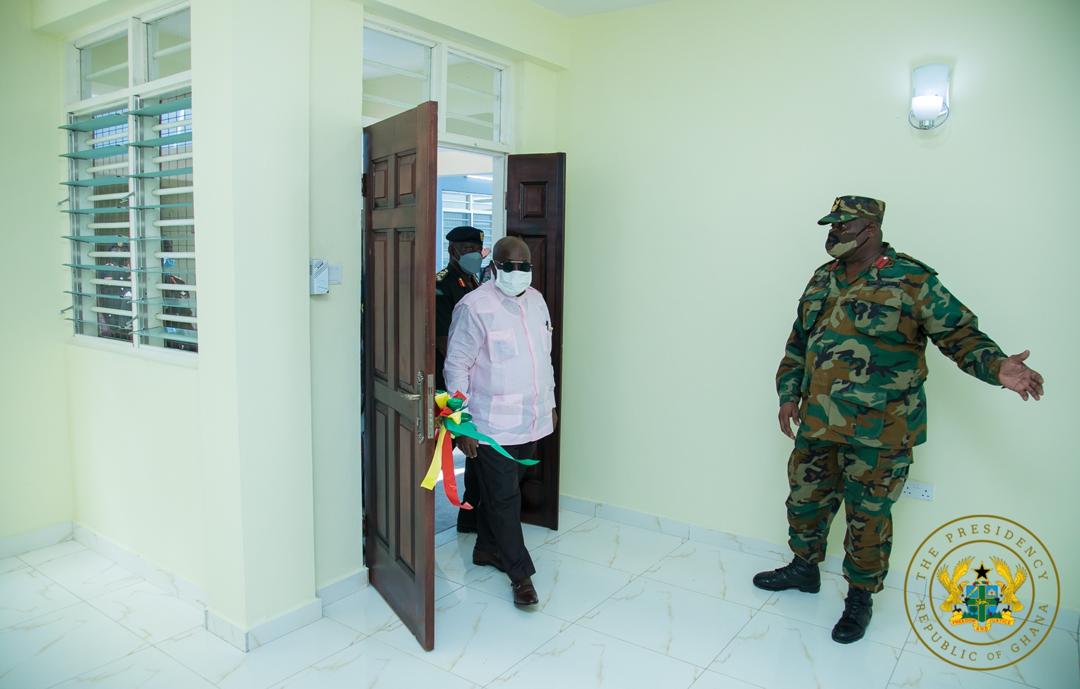 “Indeed, the country has also taken notice of the strengthening of relations between you and the citizenry, evidenced in your remarkable contribution towards ridding our cities of filth, disinfecting markets, and providing water and other basic services to the needy and vulnerable,” he added.

With the pandemic affecting the routine training and social activities of the Army, and with the end-of-year WASSA failing to come off, President Akufo-Addo was confident that “sooner rather than later, we will have the opportunity to make up for lost time.” 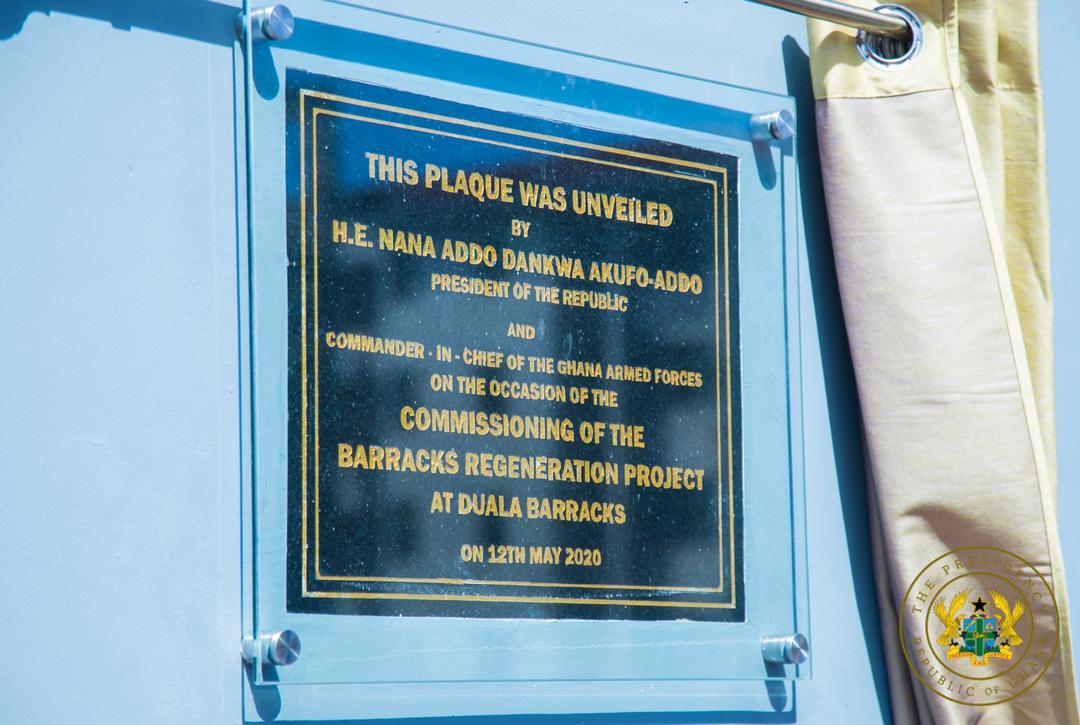 He reminded the men and women of the Armed Forces to continue to observe the social distancing and enhanced hygiene protocols that he has outlined for the people of Ghana.

“Do not forget to wash your hands regularly with soap under running water, use alcohol-based sanitizers, refrain from shaking hands, cover your mouths and noses when you cough or sneeze, wear your masks at all times in public, eat well and follow a good diet. I do not have to tell you about the importance of exercising,” he said. 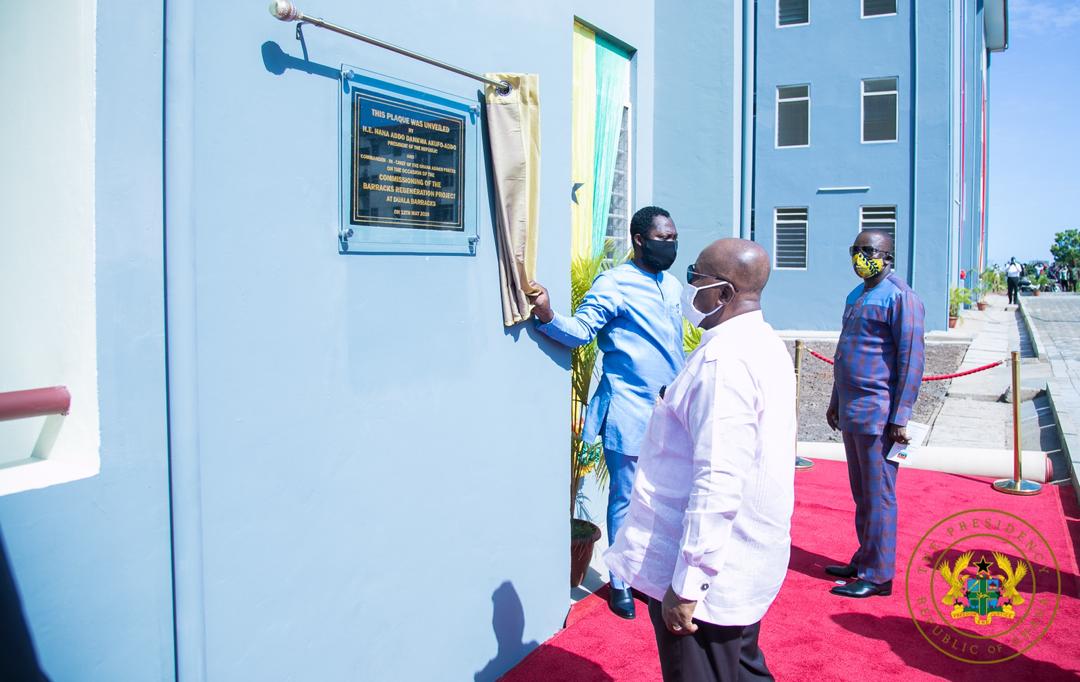 He continued, Discipline and self-discipline are easy concepts for you, the men and women in uniform, to appreciate and apply. Lead by example, so that the rest of the country can follow. I have no doubt that we, the Ghanaian people, are up to it, and, that, united, we will be able to emerge from this crisis even stronger than before.”