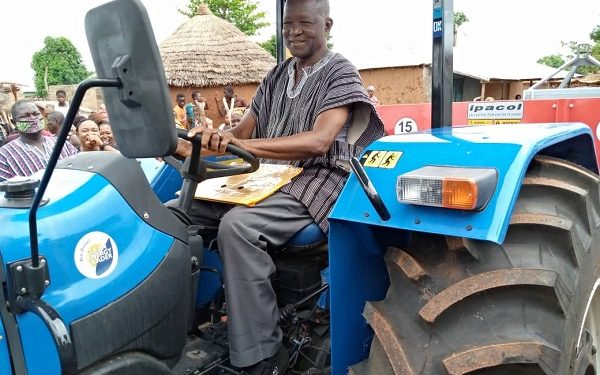 Emissaries of Vice President Mahamudu Bawumia on Sunday, May 17, presented a brand new tractor to his former teacher, 75-year-old-Mr Jacob Duuti, at Napkanduri in the North East Region, to assist his farming business.

The delegation, led by the Regional Minister, Mr Solomon Boar, said the gesture was in appreciation of the role Mr Duuti’s played in nurturing Dr Bawumia and other children in the community to become responsible citizens.

“Mr Duuti taught Vice President Mahamudu Bawumia at the Sakasaka Primary School in Tamale, and the astute politician has not forgotten the positive impact of his primary school teacher in his life,” a statement from the delegation, said.

Mr Duuti and his family were astonished when he was handed a brand new tractor from the Vice President, it said. 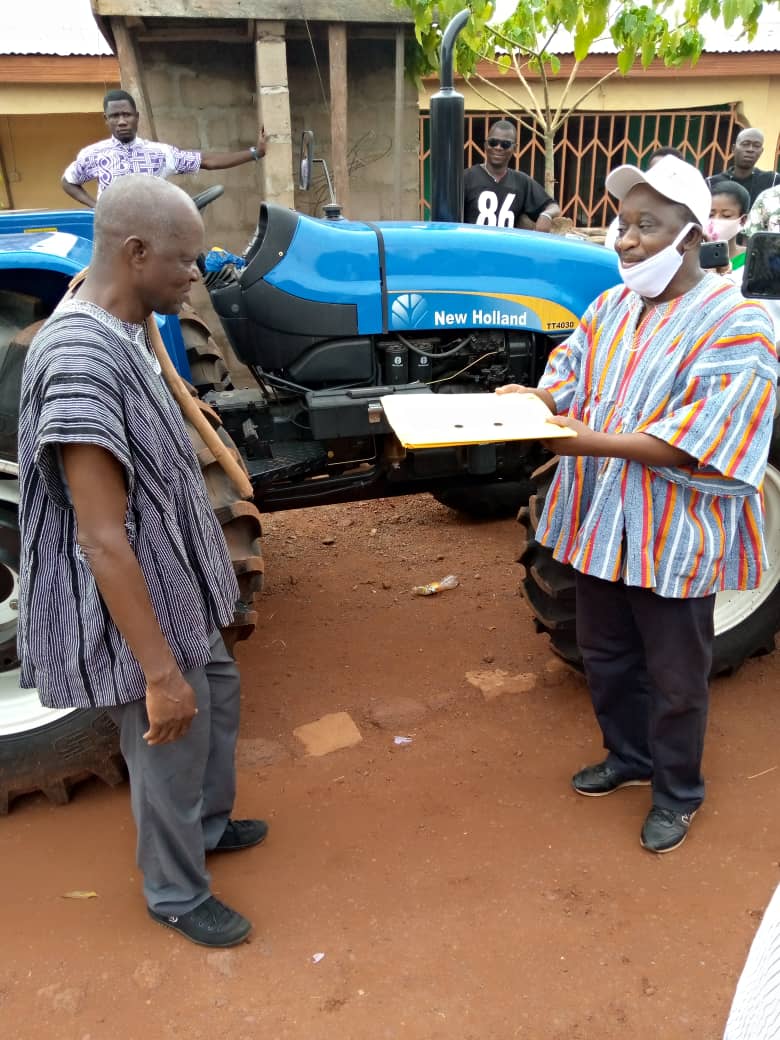 “He was overjoyed and shed tears of joy as his family and community celebrated the good news with him”.

After receiving the tractor, the elated Mr Duuti expressed appreciation to him and prayed for God’s continuous blessings upon the Vice President and asked for more wisdom for him to serve the country.

Mr Duuti recalled nostalgic memories of the Young Bawumia during his days at the Sakasaka Primary.

“Bawumia was brilliant and inquisitive. He was always asking questions and I am not surprised about how high he has risen in life. I am so proud as his teacher,” he recalled.

Mr Duuti also shared a memorable childhood picture of the Young Bawumia dressed in full regalia as a lawyer during a Speech and Prize Giving Day of the School. 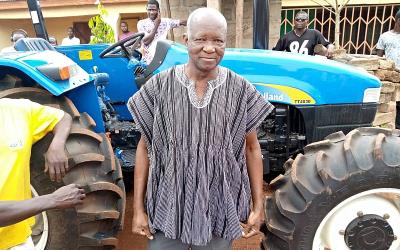 Mr Duuti recalled Young Bawumia acting as a lawyer in a play the school’s drama troupe performed as part of activities marking its Speech and Prize Giving Day.

He described young Bawumia as “a very articulate child, who wanted to be a lawyer just like his father.

“But, as fate would have it, Dr Bawumia pursued Banking and Economics after his secondary education at the Tamale Secondary School”.