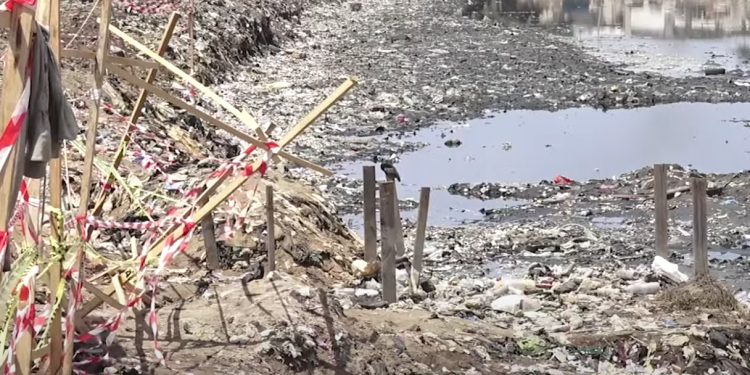 Some Chorkor residents are demanding an apology from the MP for Ablekuma West, Ursula Owusu-Ekuful for what they feel were accusations that they sabotaged the floating bridge on the Chemu lagoon she commissioned.

This was after the bridge was swept away during a downpour two weeks ago.

The MP, responding to the bridge being washed away in a tweet, said it was deliberately destroyed by “nation wreckers” without making reference to anyone in particular.

When nation wreckers deliberately destroy a bridge meant to alleviate the suffering of many, you can only wonder what kind of people we are. For the commentators and media houses who blamed me, God have mercy on you https://t.co/9TMm2ZXCmT@Joy997FM @Starr1035Fm @Citi973

But the residents have taken offence and argued that the bridge was not even fit for purpose hence it being carried away.

Speaking to Citi News, the Assemblyman for the Chorkor electoral area, Theophilus Isaac Quaye, insisted that there was no human factor in the collapse of the bridge.

Some of the residents supported the assertion of the Assemblyman.

One of them remarked that “you [Mrs. Owusu-Ekuful] have the guts to come and insult us on top. It is not fair. We want her to come and apologise to us.”

The chairman of the Chorkor Ghana Private Road Transport Union, Ransford Ayitey, however, highlighted the economic toll of the absence of the bridge.

He said the inability of individuals to easily move from one side of the lagoon to the other was affecting their businesses.

“For now, even three cars or four cars cannot be loaded so we are pleading to the government.”