The Finance Minister, Ken Ofori-Atta, on Thursday, presented a report to Parliament over the government’s plan to trigger section 30 (6) of the Bank of Ghana Act.

This is to help the government obtain GHS10 billion in domestic financing from the Central Bank to deal with the economic challenges occasioned by the coronavirus pandemic.

Addressing the House after tabling the report in Parliament, Ken Ofori-Atta indicated that the Central Bank has already advanced GHS5.5 billion to the government this month to meet its financial obligations.

“Given the exceptional circumstances and the challenges, the Minister of Finance, the Governor of the Bank of Ghana and the Controller and Accountant General, as required under Section 30 of the Bank of Ghana (Act 612) as amended, have agreed to trigger the emergency financing provision under the law which permits increasing the limit on the purchase of Government securities by Bank of Ghana in the event of any emergency to help finance the residual expenditures,” the Minister said.

By this, the Bank of Ghana has set aside a Memorandum of Understanding with the IMF which bars it from financing the government’s budget which had been the case in previous years.

An additional GHS4.5 billion will be provided through the purchase of government assets, but that will be dependent on developments going forward.

The outbreak of the novel coronavirus has had dire consequences on the economy. As a result, the government has been implementing various fiscal and monetary measures to fill the outstanding financing gap and mitigate the adverse effect and provide relief for businesses and households.

These include the IMF Rapid Credit Facility of US$1 billion, World Bank Development Policy Operation (DPO) of US$350 million and the Stabilization Fund of US$219 million.

The outbreak has brought three years of economic growth of 6% or more to a sudden halt, with the Minister of Finance anticipating that growth could slow to 1.5%, the least in 37 years.

He has already indicated that the cumulative effect of the novel coronavirus pandemic will cost Ghana GHS9.505 billion.

Meanwhile, the Ranking Member on the Finance Committee of Parliament, Cassiel Ato Forson, says the Minority will resist what he calls government’s ploy to obtain state funds for election 2020 campaign.

He also said the support could further increase the levels of inflation in the country.

“As we speak, they [the BoG] have printed GHS5.5 billion for government and the Governor sounded as part of the monetary policy committee meeting that they are going to even print more. Do you know what it means? It is inflation and inflation steals from you and me,”  the Ranking Member on the Finance Committee, Cassiel Ato Forson, said.

“Parliament will not sit aloof for him to disregard the acts of this country. I will personally write to the Chairman of the Finance Committee to hold the Governor of the Central Bank to appear before Parliament and give us reasons why he has decided to disregard the Act of Parliament and do things contrary to what is in law at his own will. That should not be allowed to happen,” he added. 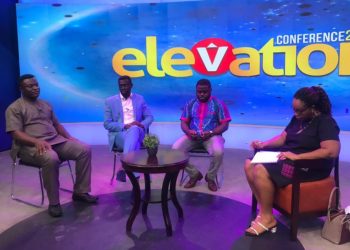 Elevation Conference: Christians asked not to depart from God in this COVID-19 season