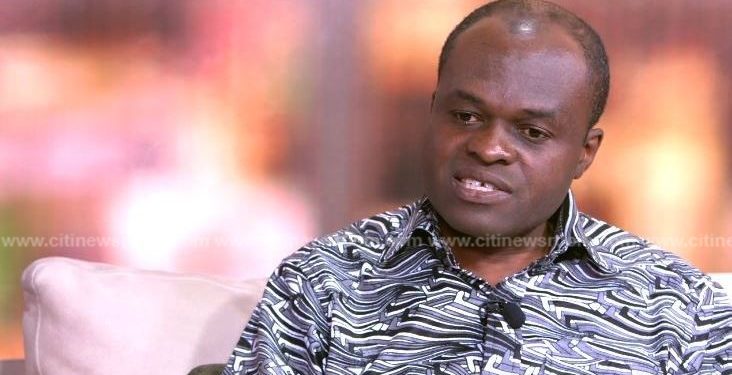 A private legal practitioner, Martin Kpebu has advised against harsh punishments in the soon to be laid legislation in Parliament to regulate the directive on wearing of nose masks amidst the coronavirus pandemic.

According to him, the only way to get more Ghanaians to adhere to safety protocols is to enhance education or engagement.

His comment comes on the back of a disclosure by the Health Minister, Kwaku Agyeman Manu, that plans are far advanced to make illegal the non-wearing of nose masks.

In an interview with Citi News, Mr. Kpebu suggested that the penalty should be less than the ones captured in the Imposition of Restrictions Act.

“Even though it will not be written in the law, we have to start education. Those of us who are literates understand things easily so we take many things for granted, thinking that our fellow countrymen also understand. But it doesn’t work that way. A lot of our people are illiterates and so they need education. And I’m expecting that the law will put in provisions such as on the first arrest of a person, the offender should not be brought before a court of law. He/she should be cautioned at the police station. On the second occasion, then they’ll fine him/her. The fine should reflect our economic situation in Ghana. We don’t want the kind of fine that has already been stipulated in the Imposition of Restrictions Act. Those fines are too high,” he remarked.

The Minister of Health, Kwaku Agyeman Manu, on Thursday, May 14, said the government is considering plans to arrest recalcitrant persons who refuse to adhere to basic guidelines in fighting COVID-19 such as wearing of nose masks in public spaces.

He indicated that such persons could face a three-month jail term for not adhering to the COVID-19 safety protocols.

Food vendors, commercial vehicle drivers, public transports managers, and every other facility accessible to the public have been directed to ensure the compulsory wearing of nose masks, following the constant increase in the number of cases of COVID-19 in Ghana.

This order, which is in compliance with the Public Health Act, was given in a statement issued by the Ghana Health Service on behalf of the Minister of Health.

But even after this order, a section of the pubic still do not put on the nose masks, putting themselves and any other person at risk of spreading the disease.

This even caused a frustrated Agyeman Manu to complain bitterly about the situation while addressing the media on Tuesday, May 5.

He appealed to Ghanaians to abide by all the required protocols, especially the wearing of nose masks, to curb the further spread of the pandemic.