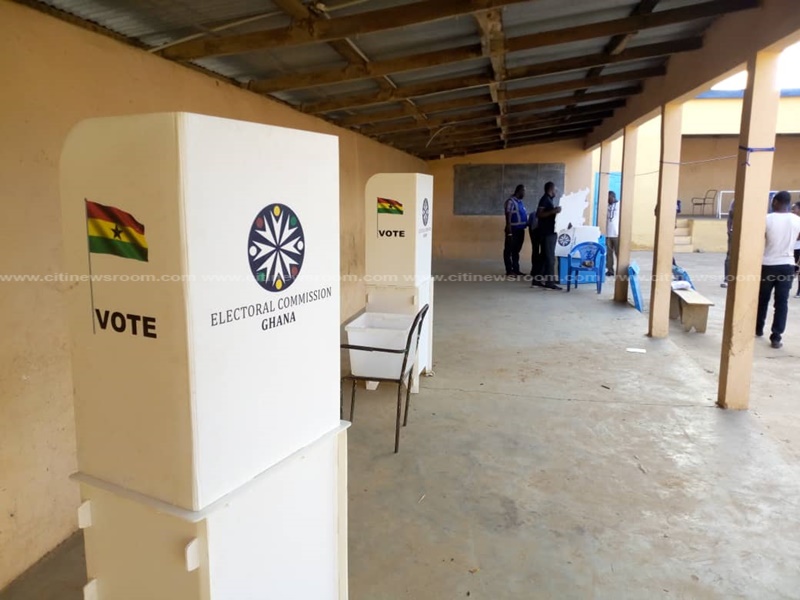 Minority political parties in the country say they are preparing for the December 2020 elections despite the threat posed by the coronavirus pandemic.

Among them is the People’s National Convention (PNC) whose chairman, Bernard Mornah has disclosed how the party’s flagbearer will be elected ahead of the 2020 polls.

“We have resorted to the virtual phase where we are using the cloud to do most of our activities. Right now, we communicate, we hold meetings on the cloud and then we take decisions thereof. We have started to even conduct some conferences, that is regional conferences, on the cloud so that at the end of the day the person so elected from the various constituencies will now represent at the regional level and then the national delegates conference. What the PNC, as you are aware, is doing is that we are exploring the possibilities of doing a virtual national delegates congress without necessarily busing people to one location because our delegate count is almost four thousand.”

For the Convention People’s Party (CPP), its General Secretary, James Kwabena Bonfeh says a team has been put in place to draft a manifesto for the December polls.

“So the CPP is working, the CPP is functioning and I want to believe that when all is said and done we would be out there competing with a depth people-based manifesto which will resonate with the people of this country. We have maintained that, as the architects of the Republic Ghana, we know we are the best builders and that what the NPP and the NDC have sought to do are only going to mimic our yeoman example for which they have actually failed to copy very well.”

Meanwhile, the Leader and Founder of the Liberal Party of Ghana (LPG) says the coronavirus pandemic has slowed its campaign activities ahead of the election.

Kofi Akpalo tells Citi News that, nevertheless, the party is in pole position to contest the election.

“I will say we are ready for the election. It is just the COVID-19 that has caused us to hold up a little bit other than that we would have gone round the whole country by now to send our message of hope. Because the few people that we have been able to reach in the Volta Region–in the five Northern regions–they have received us very well. We are ready; our team is ready, our logistics are ready, and everything is ready, we are just waiting for the president to come out and say we can now do social gathering and stuff like that and then we will take it from there but I can tell you for a fact that we are poised to win the election.”

President Akufo-Addo on March 15, 2020, imposed a ban on all the social gatherings as part of measures to control the spread of the coronavirus pandemic.

The ban was set to expire after a month however President Akufo-Addo through an earlier Executive Instrument extended it by two weeks. That extension was due to run out on Monday, April 27, 2020. It was subsequently extended to May 31, 2020, by the President in his ninth address to the nation.

The Electoral Commission (EC) was forced to postpone its scheduled voter’s registration exercise until further notice due to the outbreak of the coronavirus pandemic.

It had originally fixed April 18, 2020, for the commencement of the exercise. The EC said it would review the decision at the end of April or early May this year.

Briefing the press after an Inter-Party Advisory Committee (IPAC) meeting on March 24, 2020, the Director of Electoral Services at the EC, Dr Serebour Quaicoe, said the decision would be reviewed in collaboration with health experts from the Ministry of Health.

“We told them (the political parties) that we had planned to do the registration on April 18, but because of the pandemic, we cannot do it on the 18th.

“So we are observing what is happening around Ghana and global issues. We are with the Ministry of Health, the Ghana Health Service and other experts. They are also monitoring the situation and advising us, so when it gets to a time when they think the situation is fertile, they will tell us… It has been suspended, it can’t be 18th April,” he said.

The NPP on April 14 announced the suspension of the parliamentary primaries for the constituencies with sitting Members of Parliament (MP)indefinitely in accordance with the President’s ban on public gathering in the wake of the coronavirus pandemic in the country.

The decision to suspend the primaries was decided at a National Steering Committee meeting held on April 14, 2020.

The party had planned to organize parliamentary primaries in constituencies that had sitting MPs on April 25, 2020, but the date was cancelled at the last minute due to the Covid-19 outbreak in the country.

John Boadu, the General Secretary of the NPP, who made these known, explained that although the lockdown had been lifted, the ban on public gathering, conference, and others had not been lifted and therefore they were waiting until that happened before having the meeting.