Efo Korku Mawutor writes: Students in basic and high schools in Ghana should be allowed to use mobile phones 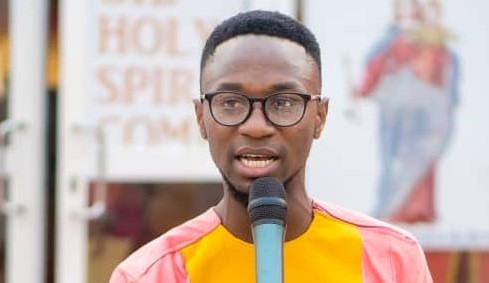 #MyEfoPipos, I want to ask; where did this law that Junior High (JHS) and Senior High (SHS) students in Ghanaian public schools cannot use smartphones, tablets and laptops in school come from? Who thought through and taught this backward idea to those in charge of our educational system? Based on what empirical evidence was this policy conceived, accepted and implemented? Where are we headed with this kind of dead and costly policy?

Since I entered Pope John SHS and Minor Seminary, Koforidua, these questions have plagued my mind. Even in those days, when I personally didn’t own a smartphone, it didn’t make sense to me that young people who were expected to grow into efficient and effective members of society and who were expected to lead and execute the change agenda in a technological age such as what we live in, were not allowed to incorporate mobile phones and laptops in their study. I was so peeved with this policy that when I became Senior Prefect and SRC President, I decided to never report any students caught using phones in school.

I remember how certain teachers, back in those days, made it their preoccupation to investigate and apprehend students who used phones just so such students could be expelled. I mean, that was how stringent the law was in POJOSS; if you were caught using or in possession of a phone or laptop, you were dismissed without a hearing at the Disciplinary Committee (DC) Make no mistake, I never used a mobile phone while I was in school. Not even once. But that was because I chose not to, not because of the ban on its usage.

What beats my understanding is that while our children are in basic schools, we make the use of mobile phones synonymous to an ancient taboo to them but when they get to the tertiary they are all of a sudden, magically expected to be able to use their phones for research and for studies. What doesn’t add up to me is that we expect our ‘future leaders’ to be tech-savvy but we insist that they do away with mobile technologies when they are younger; the stage at which their minds are more susceptible to learning and forming perceptions and attitudes. What makes it even more concerning is that while public school students are banned from using mobile devices and laptops, their counterparts in private schools are allowed to incorporate them in their teaching and learning. Why do we not realise that perpetuating this policy is a very subtle way of widening the huge gap that already exists between the rich and the poor?

Why teach Information, Communication and Technology (ICT) to students but not allow them to practice with phones and laptops? And since government doesn’t have enough to make desktops available for all students and for all schools, why can’t those who have the means be allowed to use theirs to complement the inadequate or nonexistent computer labs in our public schools?

In a recent article, I wrote extensively entreating my fellow students in tertiary institutions in Ghana to accept and go through with online exams. Quite a number of my mates were not amused with me or with my opinion on the topic. It was clear to me, from their arguments, that the harm had been caused by the system. The system was so bad that studying and writing exams online automatically disenfranchised some students. We cannot continue living like this. It’s the 21st century for crying out loud!

I know students in the university who lack basic computer proficiency; they cannot as much as type with their phones or laptops, let alone attempt using Microsoft Publisher to create anything. Today, there are students in the Ghana Institute of Journalism (GIJ), University of Ghana (UG), University of Professional Studies Accra (UPSA), Kwame Nkrumah University of Science and Technology (KNUST) and others who cannot produce a professional document with Microsoft word or create a slide show with PowerPoint. There are university students who cannot use email to submit their assignments; university students who still see their phones and laptops only as entertainment devices; for watching movies or chatting with friends. Ghana, what is wrong with us?

Elsewhere in the world, children are introduced to using mobile devices and laptops to aid studies as early as in kindergarten. Children in Chinese public school are experimenting with Artificial Intelligence (AI) and Robotics. But not here in Ghana. We create so much mystery around phones in the eye of our children that they are in a hurry to finish high school so they can use their phones more freely. In the end, these mobile phones and laptops become symbols of freedom, maturity, wealth and achievement rather than tools for personal and societal development. No wonder most young people will ‘kill’ to own the most expensive and most complicated phones for the prestige and bragging rights that they come with. Fun fact, they barely use 50% of the features of these devices.

I wonder why we wonder why Europe, Asia and America continue to neo-colonise us? This is why; While they introduce their children to the endless possibilities, creativity and innovation of technology at tender ages, we make our children see technology either as a form of privilege or as the devil that retards progress. The irony of it.

I hear some say that not all parents have the financial muscle to afford mobile devices and laptops for their kids. Granted, but I ask, is it all parents who are able to afford books and textbooks for their children? Is it not to ensure that every child has access to textbooks despite their financial background that governments provide textbooks for all students to use? How difficult can it be to provide E-Learning tablets for each student while they are in school?

Besides, we have never asked parents to get phones for their wards, have we? How, then, can we be so sure that parents cannot afford them? When parents are given prospectus by schools, don’t they make sure to purchase every relevant item on the list? That being the case, can’t we make smartphones a compulsory item on admission prospectus? God being so good, smartphones are so in vogue now that even with a GHC100.00, one can get a moderately quality one to buy. Does this not render the argument that parents cannot afford mobile phones for their wards dead on arrival?

Some also say mobile devices will distract students from studies. They say that when students are allowed to use mobile phones and laptops in school, they’d be more engrossed in abusing the devices than in using them to aid learning. While I agree that some students will deviate or be recalcitrant, I ask, can’t we programme such devices to be able to only view online educational sites? How difficult can it be in 2020, to restrict the viewing of certain content on mobile devices?

Even years ago, when I was about 15 years old, somewhere in 2005, I came across a radio set that was programmed to only play translations of the Bible in various local Ghanaian languages. It was used by some missionaries to extend the evangelisation of the Gospel. Again, two years ago, when I was working at the defunct Premium Bank, our IT department restricted the watching of youtube during work hours because apparently a lot of workers spent time on the site than on work. If these were possible in 2005 and in 2018 respectively, how difficult can it be to block certain online content on devices used by high school students in Ghana?

While other nations are leveraging on the deviance and defiance of their children to create new technologies and take over the world, we’re preoccupied with silencing all forms of divergence. Well, news flash, nothing phenomenal that ever happened to or in this world was ever done by a conformist. I, therefore, don’t see why we think that we will achieve any greatness by forcing our future generation to be today’s conformist.

Today, everything is online, from selling and buying to activism and political campaigning. Digital participation has been noted by UNESCO as a fundamental human right. What this means is that as much as people have a right to live, they also have a right to be online. I am no expert of the United Nations’ Sustainable Development Goals (SDGs) but I dare say there is no way these can be achieved if we do not introduce our children to digital technology as early as possible.

Think about it, how do we achieve goal two, zero hunger, without achieving goal one, no poverty? How do we achieve goal one without making significant strides in goal nine, industry, innovation and infrastructure? Without goal four, quality education, is goal nine, not just an illusion? And without digital technology and the use of mobile devices and laptops, can we achieve quality education? So you see, this issue of allowing our children to use phones and laptops in basic and high school extends beyond the myopic lenses through which some people look at it.

I agree that a more nuanced conversation needs to be had on this issue. But, Ghana, we don’t have to wait till the world migrates to Mars before we teach our children to understand the online ecosystem and to use it to improve their living standards and the economy of the nation.

The policy that has banned the use of phones by students in public basic and high schools in Ghana is outdated and therefore useless to this and the next generation. The earlier the Ghana Education Service, the Ministry of Education and other stakeholders realise this, the better for all of of us.