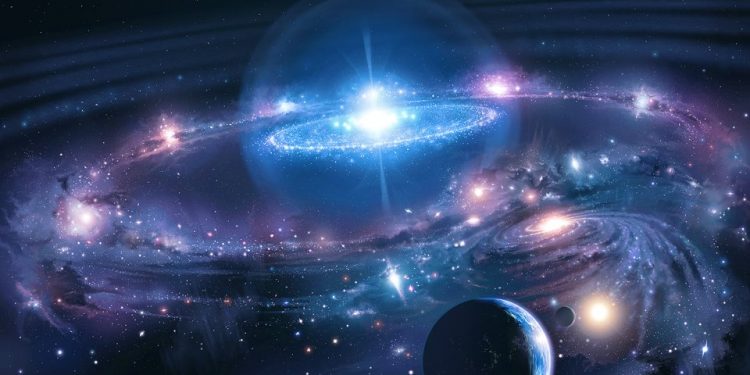 Belief in the Supreme Being is very strong in our cosmology. We refer to the Supreme Being and Creator God as Yinε. The etymology of this term comes from the word ãyina, which means one/alone with the connotation of only. Yinε therefore, implies the Only One, one who is alone and above all. Yinε is often prefixed with Na-a, thus Na-ayinε which implies chief. The Na-a is a derivative of a chief – naba. Na-anyinε, therefore, means the only Supreme Chief.

The abode of the Supreme Being is often viewed as being in the skies or even beyond the skies. As a consequence, the sky is call yinin, which means the abode of Yinε, translated in English as God. This can give the connotation that for the Frafra God is completely transcendent, and far removed from people. Even though it may be true that every category of people has their respective beliefs, we, the Frafra think of God as transcendent, it is also true that we consider Yinε as one who is imminent and always with us. This can easily be deciphered from our daily conversation, and blessings and curses.

Quite apart from this, we also have lots of attributes of God. For us, God is love, God is powerful, God is merciful, God is the creator of all there is in the universe. Indeed God is everything. These attributes of God are sometimes found in the many theophoric names among the Frafra. In fact, most of our names are theophoric. Some of these names include Ayinongre – God’s love, Ayindesum – God is love, Ayinbono – God’s property, Ayingagya – God is above all and so on. These theophoric names are a powerful expression of the Frafra concept of the Supreme Being who encompasses all that there is and who is the only one, Yinε who has no equal.

Among the Frafra like many other African communities, nobody approaches the chief directly. It is a sign of disrespect not just to the person of the chief but the whole chieftaincy institution. Such behaviour is usually punished with a fine. The chief is always approached through intermediaries such as the elders, and his
decisions and communications are given not directly to the people but through his elders who play the role of mediators. This indeed is reflected in the Frafra approach to the Supreme Being. This is the core reason why the Frafra do not approach God directly in worship and sacrifice but through mediators such as the ancestors, and other divinities.

These divine beings are good spirits that are interested in the welfare of the various communities. They are perceived to inhabit strange places such as big trees, groves, rocks, mountains and hills, rivers and so on. Very often these divinities have a connection with the history of the village or clan. These are localised divinities that pertain to individual villages, clan or even families. They are very much honoured and revered and sacrifices are offered to them periodically to solicit their blessings. They are considered to be strong mediators between the community they represent and the Supreme Being. These divinities are usually consulted in times of disaster in the community such as drought, famine, epidemics or some other unexplained deaths.

In terms of hierarchy, the Frafra view these divinities as being higher than the ancestors even though they have equal respect and honour for the ancestors. The name of each divinity is often associated with the name of the village, the clan or community. They are believed to be most active at night, particularly after midnight. People are often warned not to linger around the vicinity of the shrines dedicated to these divinities at night otherwise one might come across them and cause harm to oneself. Very often the areas where the shrines dedicated to these divinities are located are protected areas. No farming activities take place there and the trees are not cut least the anger of the divinities is incurred. Thus belief in these divinities is ingrained in the Frafra/African religious worldview.

Belief in ancestors is the commonest feature of the African traditional religion, not least the Frafra. Thus ancestral veneration can be considered a central element of African traditional religion. Unlike the divinities I spelt above, ancestors were once human beings who lived on earth and have now joined the spirit world through the process of death. Like the divinities, they are very much honoured and revered. The Frafra associate more with the ancestors than with the other divinities because they were once human and are believed to know the human condition and needs very well and are thus in a better position to solicit help and blessing from the Supreme Being.

Moreover, for the Frafra there is a strong link between the ancestors and their living progeny, a link which death does not break. This is why the Frafra builds the shrines dedicated to the ancestors within their homestead to emphasise this permanent link that exists between the living and the dead. These shrines are often seen dotted in front of peoples’ houses.

Ancestral cult among the Frafra is not limited to men but also includes women as well. However, whereas generally speaking the male ancestral shrines are located in front of the house, the female ancestral shrines can be found inside the house. This is very much in line with their way of life. Frafra funeral ritual, the place of the woman is inside while that of the man is outside. This is also acted out in their religious life since the Frafra generally does not separate the mundane from the religious. These ancestors are also mediators between the living progeny and the Supreme Being.

The criteria for qualification as an ancestor among us are not radically different from many ethnic communities in Africa. For one to be considered an ancestor he/she must meet certain qualities and requirements.

To be qualified to be ancestor, one must have raised a family, been responsible, grown old and become an elder in the family, clan or village community, and of course would have died a natural death.

On a negative note, a wicked person who uses sorcery, witchcraft or magic to cause harm to people can never qualify to be an ancestor.

People who die bad deaths or may have been known thieves in the village community would also not qualify to be ancestors. The reason for this strict moral code is in the fact that the ancestor for the Frafra is a custodian of the people and in fact an embodiment of our moral code for they can punish deviance and bless good deeds. For this reason if one is not ethical him/herself, how could he/she punish or correct wrongdoing in the community or the family? If one was not responsible on earth, how could he/she effectively mediate between the living and the Supreme Being?

The ancestors are believed to inhabit the land of the dead, which for us is in the underworld and from there they influence the day-to-day lives of the people. Though they are perceived to inhabit the underworld, they are not confined there but are all around the vicinity of the house. They too like all other spirits are more active at night though their activities cannot be limited only to the night.

Ancestors play a pivotal role in the lives of the Frafra and it is for his reason that they revere them so much. Sacrifices are offered to them periodically to solicit their help and their intercession of the Supreme Being. They are sometimes also invoked in blessings and curses.

Joker’s Gotham City: A mirror of the Ghanaian society

Joker's Gotham City: A mirror of the Ghanaian society