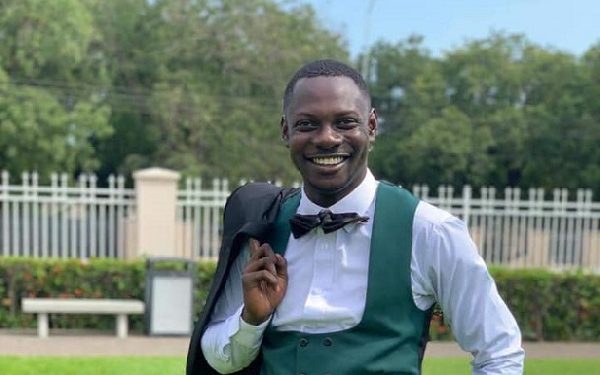 The past few weeks have got me thinking as a theatre practitioner and consultant regarding what portends for theatrical performances in a reviving performing arts industry in Ghana in the wake of COVID-19.

The theatrical stage in Ghana was lit with a number of hilarious and thought-provoking stage plays which did not only entertain patrons but also educated as well as help in destressing many who went to the theatre after hectic working hours and returned from seeing these performances much more relieved.

Indeed, one would have wished that the widely patronised live stage performances in recent times could become the panacea to Ghana’s developmental agenda, especially, having experienced the influx of tourists into the country during the year of return.

However, everything took a downturn when COVID-19 showed its ugly face. Are we going to ever witness the same large numbers trooping to event centres including the national theatre and the conference centre, post-COVID-19 to see productions? Or the narrative will change.

The write-up, therefore, takes a critical look at the effects of COVID-19 on audiences attendance to Theatre shows i.e. live stage performances and measures to be instituted to enhance the safety of the audience and theatre practitioners.

After enduring three weeks of partial lockdown in the Greater Accra, Kumasi and parts of Kasoa as well as almost three months of ban on social gatherings, and the strict enforcement of health protocols by WHO and the Ghana Health Service such as social distancing, washing of hands with soap under running water, the use of alcohol-based hand sanitizers, wearing of nose mask amongst others, have changed to a large extent the taste and preferences of many people globe-wide including theatre goers.

In most cases, people would try to avoid crowded places for fear of contracting COVID-19. This development has dire consequences on a theatre production in Ghana as the absence of audience to see productions could send most production houses folding up as the box office is essential to keep shows running.
For theatre practitioners to rise beyond the odds, certain key protocols need to be strictly adhered to.

Another point of interest is the provision of adequate measures by production houses and producers of such shows to assure their patrons of maximum safety to ensure their continuous coming for Theatre shows. Whether or not these measures if put in place should affect the cost of production and tickets is another debate for another day.

I may not have all the answers to the above questions, but with my rich experience in handling productions over the years, I will suggest some practical answers, which if adhered to by the industry players will go a long way to keep their business vibrant. They include the following:

In my view, we need both. Also, do not forget that the National Theatre is already built with its sitting arrangement permanently arranged in a proscenium [1500], unlike other venues like the Grand Arena or Fantasy Dome where you can arrange the seats yourself, hence in using the National Theatre which is the most convenient for Theatre productions in the country because of the resources available, such as the stage, light and sound as well as the sitting arrangement (raked).

In order to achieve social distancing, producers would have to reduce the intake into the auditorium at a go from 1500 to 750 so as to ensure the safety of patrons.

While reducing the numbers, they must also ensure that there is an empty seat in between the audience, thus, one man, two seats, implying that when seat A is taken, seat B must be free, and the next available seat to be taken must be seat C. So in effect, a row that seats 10 people will now seat 5.

As part of running a promotion for productions, producers must also preach the No Mask!, No Entry Policy!!. This will go a long way to inform patrons who want to come for the show to come along with their own Nose Masks. However, the production companies can also decide to give free branded Nose Masks to patrons coming for the show.

For the safety and health of cast, crew and patrons, production companies must find a way of getting full-body sanitizing equipment or provide enough hand sanitizers for everyone going in and out of the auditorium to sanitize.

Since productions are social gatherings usually characterized by large numbers, the body temperature of all persons working on the production and those coming to watch the show must be checked. However, I strongly recommend that a qualified medical team is allowed to do this, so as to have a professional response to any unforeseen circumstances at the venues.

After the show, production companies need to put up a well-organized arrangement for exiting the auditorium, determining which gates will be opened, with the ushers strategically positioned to direct the traffic flow to prevent overcrowding at the exit and entry points.

Also, all seats must be fumigated or Disinfected before and after the show, especially instances where two shows are produced in a day. In addition, Production Companies and owners of venues must make sure it is readily available flowing water and soap in the washrooms.

All the above suggestions include additional cost or loss of revenue to the production company, but should they (production house) bear this cost all by themselves?

I believe owners of theatre venues and Patrons must help in taking some of the cost off the shoulder of the producers. Venues such as National Theatre, Drama Studio, Conference Center, Snap Cinemas and others can also help by giving a reduction in the cost of renting the venue, providing hand sanitizers or full-body sanitizing machines.

Patrons, on the other hand, can also come along with their individual nose masks, so producers do not have to take on that burden of providing nose mask for everyone, also they have to comply with the basic protocols put in place to not create more problems for the production companies.

In order to keep the Theatre venues alive, keep production companies in business for patrons to be well served in Post Covid-19, there must be a collective approach from all players in the industry.

There is, therefore, the need for a united front from theatre practitioners in the country towards the realisation of these goals. Ghana’s economy could be revamped once again and theatre as a tool for national development cannot be overemphasized with collaborated efforts from stakeholders.