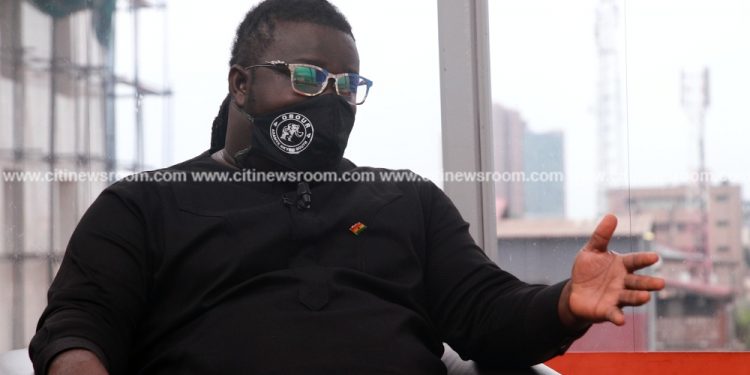 Former President of the Musicians Union of Ghana (MUSIGA), Bice ‘Obour’ Osei Kuffour says that he being a musician does not prevent him from representing his constituency in Parliament if given the chance to do so.

The “Konkontibaa” hitmaker, who officially announced his intention to contest in the New Patriotic Party (NPP) Parliamentary primaries in the Asante Akyem South Constituency in January, said on Citi TV‘s Face to Face that he sees nothing wrong with a musician being in Parliament.

According to him, the House is made up of people with diverse backgrounds, adding that it would be a plus to have someone like him there.

“Who are our politicians? When you go to Parliament now, who are there? There is a hairdresser there. There is a businesswoman there. There are market women and doctors there. What stops a musician from being there? Is music not part of the things we do as a country? If not for anything, music plays a major role in most of our lives. Don’t we have entertainment? So there’s nothing wrong with having a musician in Parliament. At Parliament, we discuss tourism, creative arts, culture, and several other things that music is keyed in. It’s actually a plus for Parliament to have a musician,” he stressed.

There had been earlier rumours that the former MUSIGA President had an eye for the Asante Akyem South seat in the Ashanti Region but he was tight-lipped on giving confirmation to these hearsays.

He officially announced his decision to contest for the parliamentary seat after the Asante Akyem South Youth Coalition, a group of youth activists paid a courtesy call on him at his residence in Juaso to plead on him to represent them in Parliament.

The governing NPP is yet to organize Parliamentary primaries in constituencies it has sitting MPs.