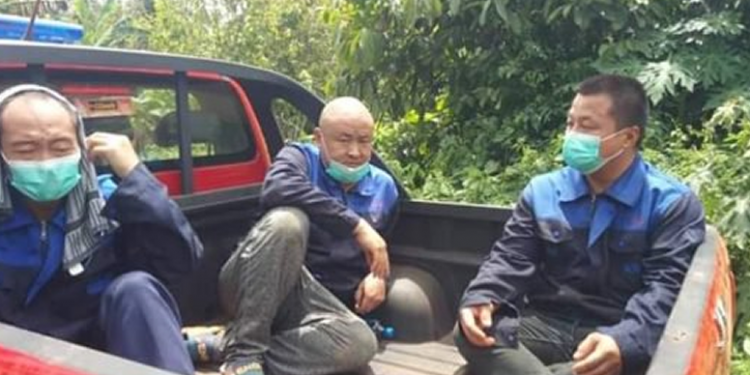 Fifteen days after 27 illegal miners were arrested in Osun State on Nigeria, another 10 Chinese and a Ghanaian have been arrested after raids on four mining sites in the state.

On Sunday, May 3, 27 miners, 17 of whom were Chinese expatriates were arrested by operatives of Amotekun Corps.

It was learned that men of Amotekun corps and other security personnel that participated in the raid acted on a tip-off by the residents.

The raid on the illegal mining sites located in Itagunmodi, Igun and Ariye 1 and 2, lasted about two hours, The PUNCH was told.

It was gathered that the raid also involved men of the Joint Task Force on banditry, kidnapping, and illegal mining recently inaugurated by the Osun State Governor, Adegboyega Oyetola.

He said the latest arrest was made at mining sites located in some communities in Atakumosa West Local Government Area of the state on Monday.

Shittu added that the mining sites where the expatriates were arrested have been shut down.

He also commended the JTF that participated in the operation for their cooperation.

“10 China and one Ghana nationals arrested. The success recorded is as a result of the resolve of Governor Oyetola to rid the state of economic saboteurs,” Shittu said.