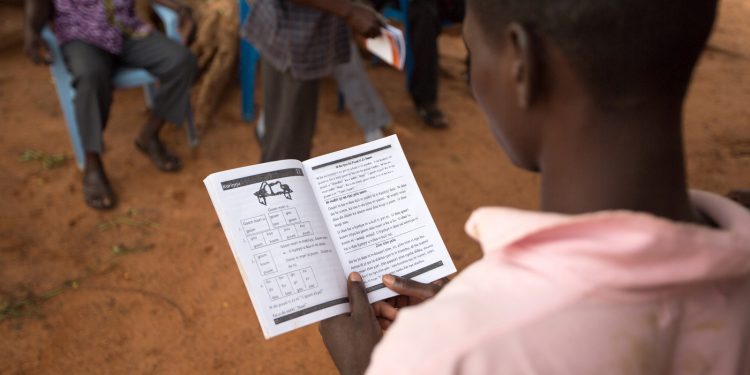 Multilingualism, the ability to communicate in more than one language, could be a personal or national attribute. By and large, many communities around the world can be considered as multilingual. With migration and mobility, communities, previously thought to be monolingual, are gradually increasing their language repertoires. At the same time, the quest to communicate with each other across borders has led to the rise of English as a world lingua franca, with over 1.2 billion native and second language speakers globally (Eberhard et al 2020). In the following, I outline the multilingual situation of Ghana (West Africa), while examining policies and practices in education, governance and health.

In spite of the above-mentioned number of languages present in the country, Eberhard et al. (2020) mention Akan and English as the principal languages used in the country. English is the de facto official language, resulting from our British colonial history. That gives it a privileged place in the nation’s communication interactions, associating it with social prestige and power (Guerini 2008). Akan is considered as a major lingua franca, especially in the Southern part of the country. It is native to 9 out of the 16 regions in the country. In some Northern parts of the country, Hausa, even though non-indigenous to Ghana, plays a significant role as a lingua franca. Its use for this purpose can be found in slum communities in the South as well, where the residents are of northern descent.

The language model in Ghana is a triglossic one with at least three languages being spoken in a particular speech community. These languages have distinct and complementary roles (Babito 2005). English occupies the highest level in that pattern. It is followed by Akan, which Ebehard et al. 2020 describe as the “de facto working national language” of Ghana. Languages with limited communication functions, which largely include minority languages are placed on the third level. The above situation notwithstanding, these languages are expected to play critical roles in providing access to education and essential public services such as justice and health.

Immediately following independence, Ghana like most other African countries, had to settle on the language(s) to be used for transaction of governance, commerce and external affairs. It chose English which was the colonial language already in use in the territory. This appeared to have been done as a matter of course rather than by any legislative instrument. In addition to the role of English in governance, commerce and external affairs, it is used as a medium of instruction in education.

Language policy in Ghana is almost synonymous to language-in-education policy. The education sector appears to be the only sector of the economy which has received long-standing attention when it comes to legislating on which language should be used as medium of instruction in basic schools. Even so, it has been a checkered history of either using indigenous languages or English, or sometimes both, in the first few years of basic education (Amfo 2013; Ansah 2014). The successful implementation of these policies has however been hampered by inadequate preparation, uncooperative attitudes and insufficient supervision. The result has been a consistent infringement on the linguistic rights of children, with its corresponding denial of the right to equal educational opportunities as enshrined in our Constitution.

Beyond the educational sector, not much is heard about language policies in other domains of our nation. Parliamentary debates and other transactions occur in the English language, even if Order 47 of the Standing Orders of Parliament,  allows for a member to “exercise the option to address the house in either Akan or Nzema, Ga, Ewe, Hausa, Dagbani, Dagaare or in any other local language provided facilities exist in the House for its interpretation”. Even though these standing orders have been in place since the inception of the 4th Republic in 1993, it has not been practicalized as facilities and provisions for interpretation have never been provided. Members of Parliament who are unable to fluently communicate in English are often ridiculed when they attempt to make their voices heard. In 2015, when the Member of Parliament for Efutu, Mr Afenyo-Markin, requested to use Mfantse (a dialect of Akan) on the floor of the house, it was met with resistance and viewed as a mischievous request. Evidently, the House doesn’t seem ready to make the necessary investment that would practicalize the provision for the use of local languages in Parliament.

With regard to the use of local languages, the Judiciary appears to do better than the Legislature, even if there seems to be an absence of a clearly documented language policy. The promotion of the use of interpretation services seem to be championed by agencies such as The Legal Aid Scheme and non-statutory bodies like the Ghana Association of Translators and Interpreters (GATI). However, a general lack of standard interpretation services due to lack of training and regulation hampers the effectiveness of providing justice for all as a fundamental human right of individuals (UN General Assembly 1948). Interpreters, where present, tend to be “…ill-trained, over-worked, unsupervised, generally undermined and … bound to be erratic” (Moeketsi 1999: 72).

Within the health sector, there is no clearly articulated language policy. The Ministry of Health’s website has 21 policies listed and it doesn’t include a language policy. Like other professionals in the country, medical professionals are trained in English without any local language proficiency requirement. Graduates of health programs are posted to healthcare facilities without any consideration of their local language proficiencies. Furthermore, health teams in our health facilities do not include language professionals or interpreters. Interpreting services, when required, are provided by anyone who is available and considered proficient in the languages in question. Such persons are usually people working in healthcare facilities; from nurses through laboratory workers to cleaners, or relatives of patients.

Communicating During a Pandemic

During this period of the COVID-19 pandemic, one of the communication highlights have been the broadcasts by the President of the Republic. He has largely communicated in English. Sometimes he will end his address with some local language tokenism by reiterating one or two sentences in Akan and Ga. It therefore comes as no surprise that the government has been criticized for its anglocentric communication on COVID-19 issues. However, as a quick response, the government has engaged the services of the Bureau of Ghana Languages to translate several educational materials on COVID-19. These include the Presidential broadcasts, Ministry of Information’s briefing sessions and the explanations on the mode of infection of the disease into 8 local languages – Akan (Twi), Ewe, Hausa, Nzema, Dagbani, Ga, Kusaal and Dagaare. The government needs to be commended though for its consistency in providing sign language interpretation during its information sessions on COVID-19.

It is hoped that one of the legacies of this pandemic would be the institutionalizing of the use of local languages in the provision of public services, in support of the long-standing UNESCO (1953) recognition of the pivotal role of the mother tongue/local languages as a means of self-expression. In our linguistic quest to fit in globally, the fundamental needs of the majority of the nation’s population should not be lost on us.