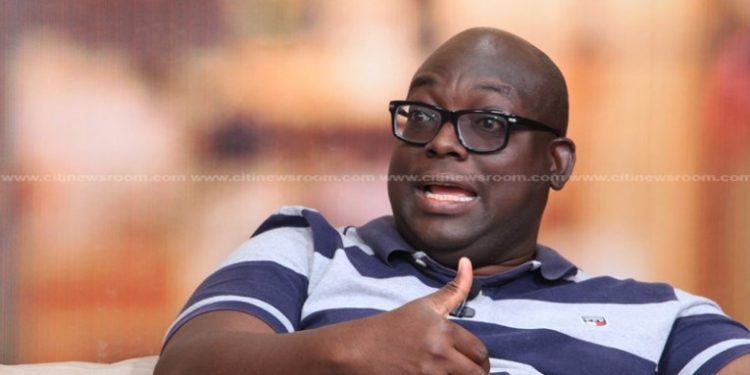 There has been a back and forth between the EC and the NDC over processes leading to the compilation of a new register.

The EC has presented to Parliament a Constitutional Instrument to amend C.I 91 to make Ghana card and passports the only form of identification before one can be captured onto the yet to be compiled new voter’s register.

The NDC views this move as a deliberate attempt to disenfranchise some Ghanaians during the 2020 general elections.

The National Chairman of the NDC, Samuel Ofosu Ampofo at a press conference on Thursday argued that so many Ghanaians will not have the chance to register for their voter’s ID if the EC decides to proceed with its new register.

Mr. Addo on Citi TV/FM’s current affairs programme, The Big Issue sided with the NDC’s position, questioning why the EC was hindering persons with old ID cards from registering onto the new register.

The lawyer argued that the party should not be faulted for highlighting deficiencies with the processes for the compilation.

“If you are coming up with a new system, why are you insisting that those with the old ID card should be excluded especially when you have a situation where the NIA has not been able to guarantee that everyone who has undergone registration process for the Ghana card has actually received a copy of the ID card. The position that my party took was to highlight that, region by region, there was a deficiency.”

“When we as the opposition say that there are certain things that are happening which have not taken into consideration and will disenfranchise the majority of persons who we feel are within our strongholds, we have every right to express that opinion.”

The lawyer further said these criticisms should not be seen as absurd, given that the New Patriotic Party (NPP) similarly condemned the then Chairperson of the EC, Dr. Afari Gyan while in power.

“When the NPP was in opposition, what did they not say. Let My Vote Count and all that. They were on demonstrations. They actually went to court and all that. Why is it new or why should it be seen as an absurdity if we make the same logic. When they were in opposition, they attacked the Electoral Commission.”

“They attacked Dr. Afari Gyan for years. When they disagree with him, they took him to the Supreme Court. They made all manner of accusations. If we attack the EC having done certain things what is wrong with it.”