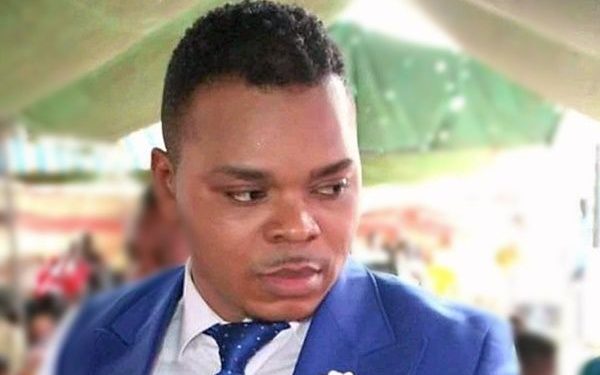 The Head Pastor of the International God’s Way church, Daniel Obinim, has been granted bail following his arrest for allegedly publishing false news and forging documents.

A statement signed by the Deputy Superintendent of the Public Affairs Unit of the Criminal Investigations Department, Ms Juliana Obeng said the suspect is also under investigation for other offences levelled against him.

“Bishop Daniel Obinim was arrested on a warrant of arrest issued by the court. He has been charged with the offences of publication of false news and forgery of document contrary to sections 208 and 159 of the Criminal and other offences Act, 1960 (ACT 29) respectively.” 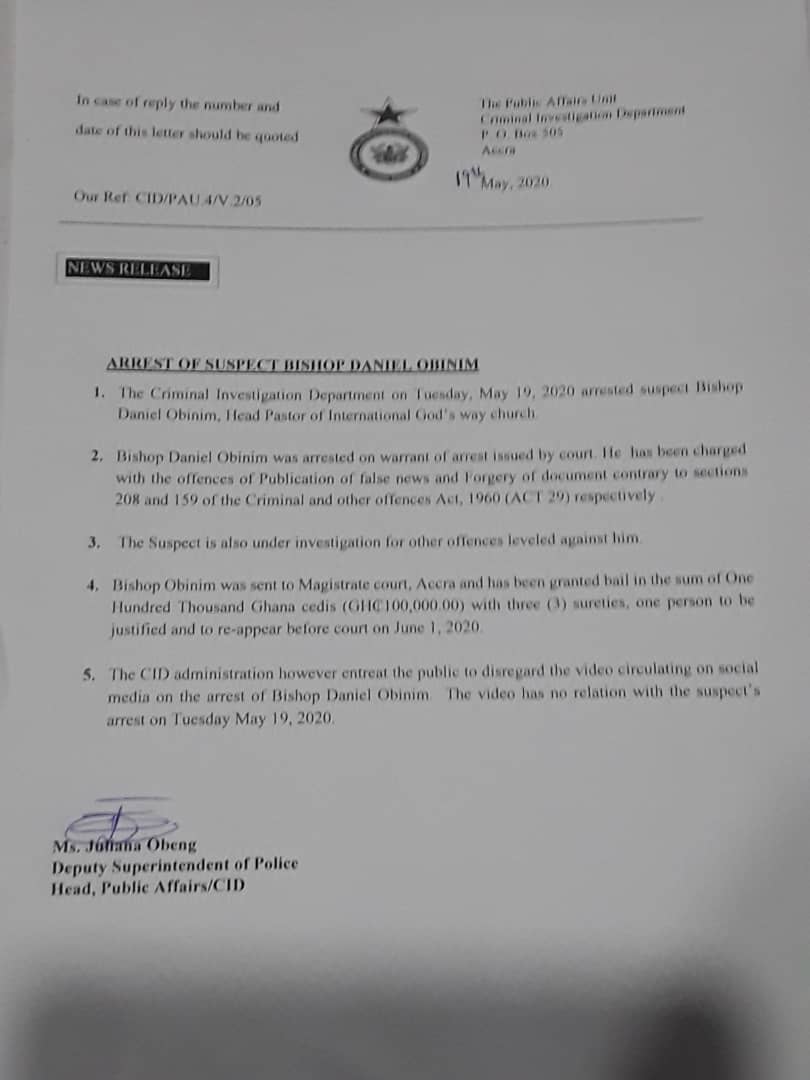 The statement also clarified that this arrest has nothing to do with a video that was circulating on social media on Tuesday, May, 19, 2020.

Obinim was granted bail with three sureties, one person to be justified.