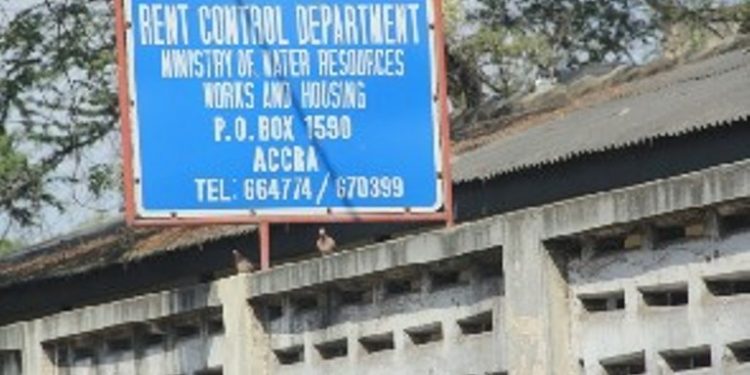 The Rent Control Department of the Ministry of Works and Housing wants to scale up enforcement of rent laws by weeding out landlords who refuse to issue legitimate tenancy agreements to their tenants.

The department hopes to have a task force to conduct inspection exercises at various households to this effect.

This comes on the back of the alleged murder of a tenant by his landlord at Ofankor in the Greater Accra region.

The Chief Rent Officer at the department, Twum Ampofo, in a Citi News interview, said landlords who fail to register their tenants will be apprehended and questioned.

Meanwhile, the department has also called on landlords and their tenants to report any disagreements that may arise over tenancy agreements for resolutions.

This, the department believes, will help in reducing landlord-tenant disputes that sometimes lead to violent confrontations.

“It is unfortunate because rent control is there to settle disputes between landlords and tenants. And if it happens on weekends, we have the policemen around. The landlord could have even reported the case to the police to be advised to know what exactly to do but not to the extent of shooting the guy. It is rather unfortunate that this has happened but we are assuring them for now that we’ll cancel tenancy agreement which may come out and is against the natural justice. Because I don’t see why you’ll be at home and prepare a tenancy agreement which will only benefit you,” he noted.

About the Ofankor incidence

A tenant died from gunshot wounds after he was shot multiple times on Sunday, May 24, 2020, at Spot M near Ofankor in Accra.

The alleged killing of the tenant by his landlord at Ofankor after a landlord attempted to forcefully eject his tenants.

The complainant alleged that the deceased had been shot by his landlord for refusing to vacate a room rented out to him.

“The former reported that on the same day at about 1:33 pm, victim’s landlord, Victor Stephen Nana Kankam shot the victim for refusing to vacate a room he rented from him. Police rushed the victim to Police Hospital, but he was pronounced dead on arrival,” the police said in a statement.

“The district commander DSP MR. George Asare and his team proceeded to the scene of the crime at Spot M and saw a pool of blood at the entrance of the main gate of the deceased’s rented apartment. Four spent shells were retrieved at the scene,” the police added.

However, the Ghana Police Service has disclosed that the gun used by the landlord who shot and killed his tenant at Ofankor was legally acquired and registered.

According to the police, the weapon was registered in 2007.