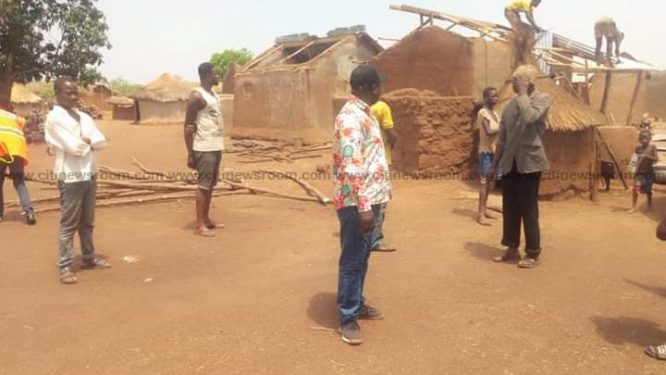 Three communities in the Saboba District of the Northern Region expressed their gratitude to the Member of Parliament for the Saboba Constituency, Charles Bintim and the District Chief Executive for the area, George K Bingrini for coming to their aid with 20 sets of roofing sheets.

The communities; Demon, Jakpal and Tarkpalb were severely hit by a heavy rainstorm that ripped off the roofs of several houses in the community and destroyed foodstuffs. 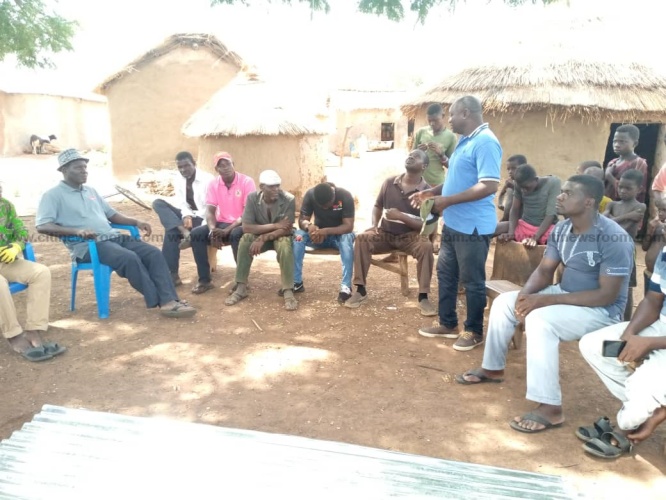 Presenting the roofing sheets to the communities, the DCE, George K Bingrini said the donation was a partnership with the MP, and urged the communities to forgive them for not attending to them earlier.

George Bingrini said they were still organizing and trying to get the National Disaster Management Organization (NADMO) to also come to their aid. 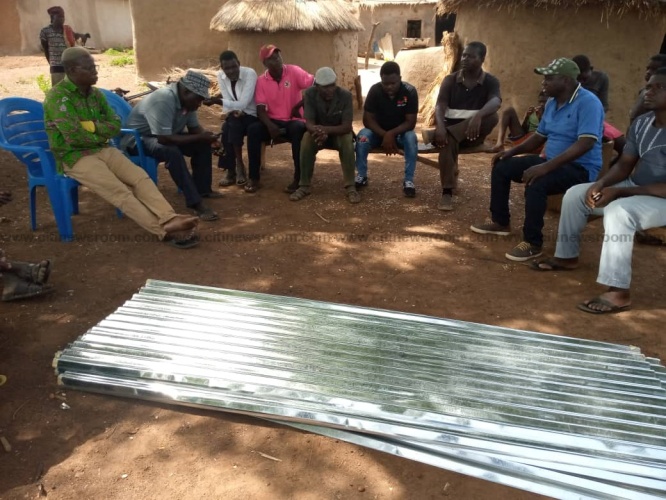 “We want to appeal to you to pardon us for not coming at the appropriate time but as they say better ‘better late than never’. The MP and I were still trying to organize and also get NADMO to join us but that notwithstanding this is from my good self and the MP, your children. We are still working hard to get NADMO to also come.” 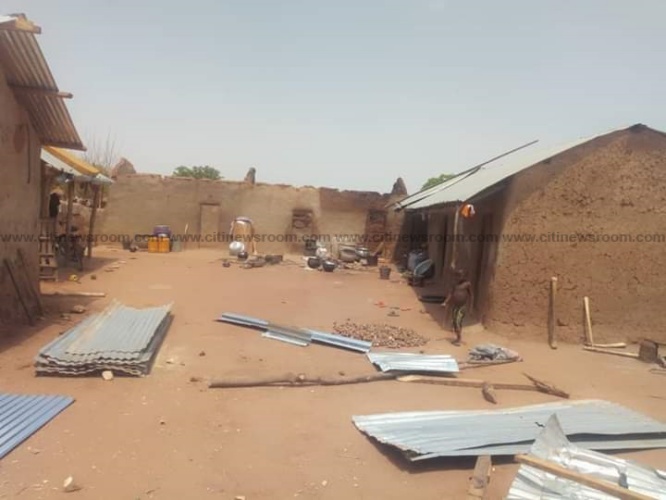 The Assemblyman for the area, Emmanuel Mbeninbe, on behalf of the chiefs and people of the communities, thanked the DCE and the MP for the good gesture and expressed their appreciation of the communities to them.

“We want to thank you very much for coming to our aid. Though we were severely hit, we didn’t know what to do and had to live with the few lucky ones. Things are hard especially these days and, for that matter, we so much appreciate your good gesture and we pray that you will always be there for us.” 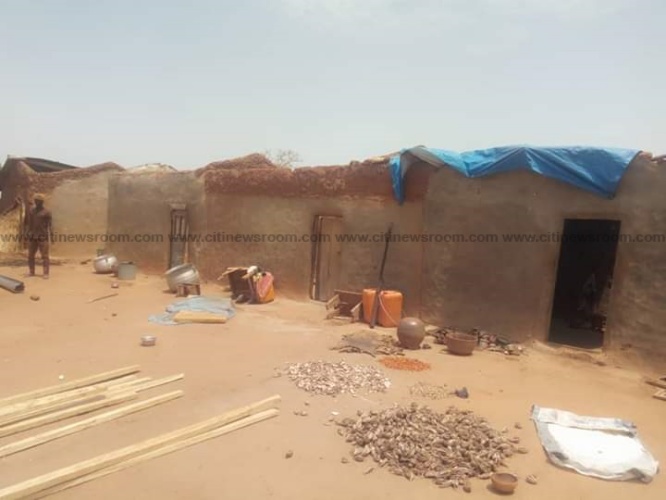 The communities last month were severely hit by a rainstorm and many homes and foodstuffs were destroyed.

People were rendered homeless, with women and children being the most affected.

Though some have been able to rebuild their homes many still find it difficult and this donation will go along to put smiles on their faces.