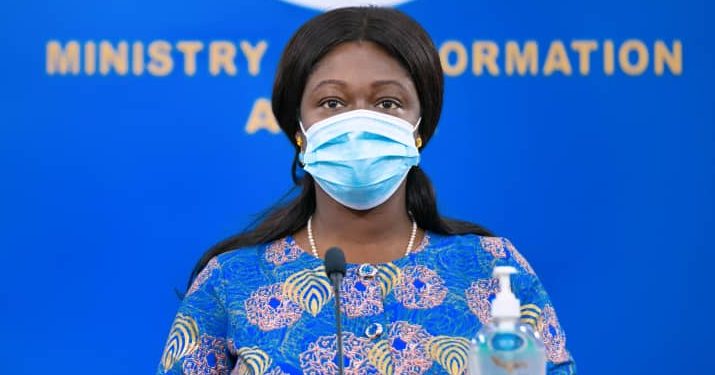 The National Board for Small Scale Industries (NBSSI) has explained that the application process for the government’s Coronaravirus Alleviation Program (CAP) is free.

According to the Board, applicants are not expected to pay any fee to anyone during the application process.

The caution comes on the back of reports that some applicants are being charged between GH¢200 and GH¢250 to access the GH¢1 billion loan announced by the government to mitigate the plight of business owners whose operations have been affected by the pandemic.

Speaking to Citi News, Executive Director of NBSSI, Kosi Antwiwaa Yankey-Ayeh warned the public to be wary of fraudsters.

“We as NBSSI are not charging anyone to register and we are not going around telling people to pay any fee to register with us. I think what people are doing is taking advantage of the situation to make money which is fraudulent. So we are advising the public, those who are interested in applying to the support scheme, not to work with the people who come around the market acting as if they are the staff of the NBSSI or any kind of association working for the NBSSI. We are not going around asking people to pay exorbitant fees to get support or a loan and we are not promising anyone that if they pay, they are going to get a loan,” she said.

The Board has launched a portal that receives applications for the utilisation of the soft loan scheme for Micro, Small and Medium Scale businesses (MSMEs) affected by the COVID-19 pandemic.

So far, it has received more than 5,000 applications from institutions seeking to benefit from the government’s stimulus packages.

More than 1000 people have also reached out to the board for various inquiries on how to access the facility.

The government had earlier announced that a sum of GH¢600million was being made available for the purpose however the amount was increased to GH¢1 billion.

But the additional GH¢400 million is said to have been committed by some participating financial institutions.

Out of the GH¢1.2 billion earmarked for this Programme, GH¢600 million will be disbursed as soft loans to MSMEs, with up to a one-year moratorium and a two-year repayment period. The rate of interest on government’s GH¢600 million facility is three percent.

Additionally, selected participating banks will provide negotiated counterpart funding to the tune of GH¢400 million, making in all, GH¢1 billion for disbursement under this Business Support Scheme, with the entire scheme set to attract some 180,000 beneficiaries across the country.

In order to ensure a smooth application process for all eligible candidates, application forms have been made available online on the website of NBSSI, which is www.nbssi.gov.gh.

It is also available via USSD code across all mobile networks, and applicants can also call the CAP Business Call Centre on 0302 477 777, or visit the nearest NBSSI Business Advisory Centre for assistance with their applications.