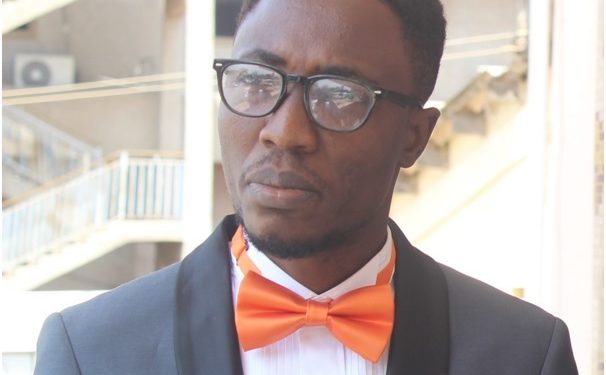 There was uproar here when two French scientists suggested that, Africans should be used as the guinea pigs for new vaccines for the COVID-19. Rightly so! Except perhaps instead of political fallouts, there should have been a scientific backlash from Africa. Where are Africa’s own scientists who can respond to the French scientists in equal measure? And would our political response erase the reality, which is that, at the end of the day, Africa is looking towards the West for a vaccine for the pandemic? Is Africa low on the knowledge chain? If so, why? And what can be done to remedy the situation? These are the questions I attempt to answer in this essay.

If there is one lesson the pandemic has taught so far, it is that a nation is only as strong as its institutions of higher education and knowledge production. Over the past few months, we have seen how valuable data, compiled by professors from John Hopkins University in the US, is proving in helping map out the trajectory of the pandemic. We are also hearing of attempts by scientists in such institutions as University of Oxford, Imperial College, and the University of Melbourne among others, to find a vaccine for the pandemic. And we are seeing research articles from leading social science institutions such as the London School of Economics in mapping out the economic and social costs of the pandemic and how they can be addressed. This underlines the value of science in all forms, natural and social, and the institutions that produce it, in addressing human problems.

However, there is little input to show so far, from African scientists or institutions of higher learning. Madagascar is touting a “cure” for the pandemic (a topic for another day). But such claims are yet to undergo the rigours of scientific verification in order to get accepted without contestation. Similarly, Ghana exploded with praise for her scientists who mastered genome sequencing for the virus, though the general view is that, it is not a ground-breaking achievement.

Perhaps, our exuberant celebration of that modest achievement is even a symptom of our resignation to mediocrity, so far as science and knowledge production is concerned. No Ghanaian or perhaps African is genuinely expectant that a vaccine for this pandemic would emanate from Africa, evident in several African leaders joining in a recent petition for “a people’s cure.” But this is not surprising. As we have not invested much in science and knowledge production, we cannot expect to reap what we did not sow.

One possible reason for this situation is the swiping disdain with which scholarship and higher education is treated in this part of the world. This is perhaps culturally rooted in contorted notions of materialism. When you discuss plans of a PhD with others, you are likely to encounter sardonic glances of cynicism and outright words of discouragement.

“There is this or that illiterate with Porsche cars in his garage”. “This or that billionaire didn’t attend university.” “How relevant are poor professors?” etc.  What the pandemic tells us though is that it is not cars of illiterate billionaires that would save the world. It is the hard work of highly educated and talented scholars in leading global institutions of higher education that everybody is looking up to.

Then this view is also strangely manifested in a most misguided debate between theory and practice in this part of the world. Experiences, observations and practices, however, they are acquired, can only become valuable knowledge when they undergo the refining furnace of rigorous scientific research after which they are packaged as theories. Unfortunately, due to a rather absurd appreciation of theory in this part of the world, “theory” has become a misnomer for laziness or irrelevance. Therefore people of higher learning who could produce knowledge to solve human problems are often treated with contempt.

This outright disregard for research and knowledge production has perhaps pervaded all our relevant institutions, ranging from policymaking ones to even our institutions of higher education. For instance, research produced by students in our universities is mostly left untouched and usually discarded after some time. Even the entire dissertation practice is usually mechanically approached without passion, by both students and their supervisors in many of our universities, and nothing comes out of such dissertations. And at a governmental level, there appears a wide gulf between policymakers and institutions of higher knowledge.

Concomitant with this swiping disregard for scientific knowledge is a lack of appreciation and investment in academic talent. In colonial times, a brilliant student would automatically be identified as a scholarship material. There would be government incentives to support them through their academic journey. This has not changed in many other countries in the world. This is crucial. A Michael Faraday or Alexander Fleming is not merely produced by an educational system. They are special talents that emerge once in a blue moon to change the course of a nation or humanity. States, therefore, fashion policies to develop their best talents such as these in order to tap into the rich knowledge that they would produce.

But here? Who knows if our own Albert Einstein or Marx Weber is rotting or has rotten away in some decrepit village? Apart from the recent free secondary education policy whose execution is subject to debate, what state policies are there to identify, reward and develop the brightest academic talents, from secondary levels to the highest levels of postgraduate education?

And even where such opportunities appear, they generally become an avenue for political patronage, by our political elite and their cronies. What then can we expect, except that puffed cheek empty-headed sons and daughters of privilege, rather than our most capable citizens would direct our affairs in every sphere? How then can we expect acts of inspiration from our institutions in times of need such as this?

In contrasts, other countries are investing heavily, not just in developing their brightest talents. They are also offering glittering incentives to lure the best talents from all over the world so that they can tap into their knowledge pool. Any intelligent Ghanaian PhD applicant may cast envious glances at the plethora of opportunities available to the brightest citizens of countries elsewhere in the world. China for instance, over the past decades, has sponsored her brightest students to study sensitive and important courses in the leading Western institutions. Today, China is offering 5G platform, which might soon seal her superpower status.

There is a bitter lesson Africa must learn. It is not passionate about barking or rallies that promote scientific advancement. It is calm, well crafted and long term strategic thinking. That is what advanced societies did and are doing, thus they have positioned themselves high up on the knowledge chain. How then do we expect to achieve global competitiveness when we become mere receptacles for foreign inventions and theories? The French scientists would continue to make a ridicule of us so far as we remain bereft of inventions that address our problems, regardless of the passion of our reactions.

And so instead of rallying around mediocrities as a palliative against feelings of racial inferiority, let us carefully invest in pursuit of real knowledge. We need a mindset reset that appreciates the knowledge and academic talent. We need a patriotism which puts national interest ahead of cronyism, nepotism and corruption. We need to invest and make sure our investments in knowledge production reach the talents that deserve them, from whom the nation can benefit. We need to invest more in our institutions of higher education and promote meritocracy so the most brilliant and hardworking talents can rise to the fore of our institutions.

Only through a conscientious application of this can the black man really earn redemption. But if we are not ready for this, then we might as well resign ourselves to remain a laughing stock within the comity of nations. May this not be the case. May we develop a heart of wisdom to learn that, respect is not demanded. It is earned. We cannot let our continent remain on the lower rungs of the knowledge chain, through a combination of poor judgement and horrid character, while we raise empty voices through passionate crusades to earn respect. In the dark adversity of a pandemic, let the seeds that would brighten Ghana and Africa be sowed. Let the lessons learned from this pandemic spark that flame.

Prosper Kofi Senyo holds a BA in Communication Studies and an MA in Development Communication, both from the Ghana Institute of Journalism. He currently serves as the editor of the Institute for International Affairs, Ghana (GhIIA), an international relations think-tank.

UPSA appoints Kofi Abotsi as Dean of Faculty of Law