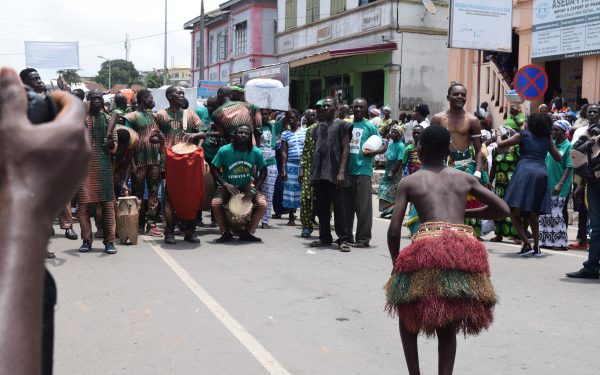 “Oguaa Traditional Council regrets to announce to all citizens of Oguaa, both at home and abroad and the nation at large; that there will be no celebration of this year’s Oguaa Fetu Afahye,” a statement from the Council announced.

The council said it took the decision, “In view of the measures being taken by the government to limit the spread of Coronavirus (COVID-19).”

It noted that despite the suspension of the festival, “all rituals and traditions will be observed.”

Government placed a ban on the national ban on public gatherings including religious activities, festivals, and funerals.

However, President Akufo-Addo addressing the nation on Sunday, May 31, 2020, eased the COVID-19 restrictions which included public gathering after eleven weeks.

As a result, guidelines were issued as places of worship were reopened for religious activities.

The guidelines included a mandatory wearing of face mask, observance of social distancing, and 100 maximum number of persons for a service at a time. 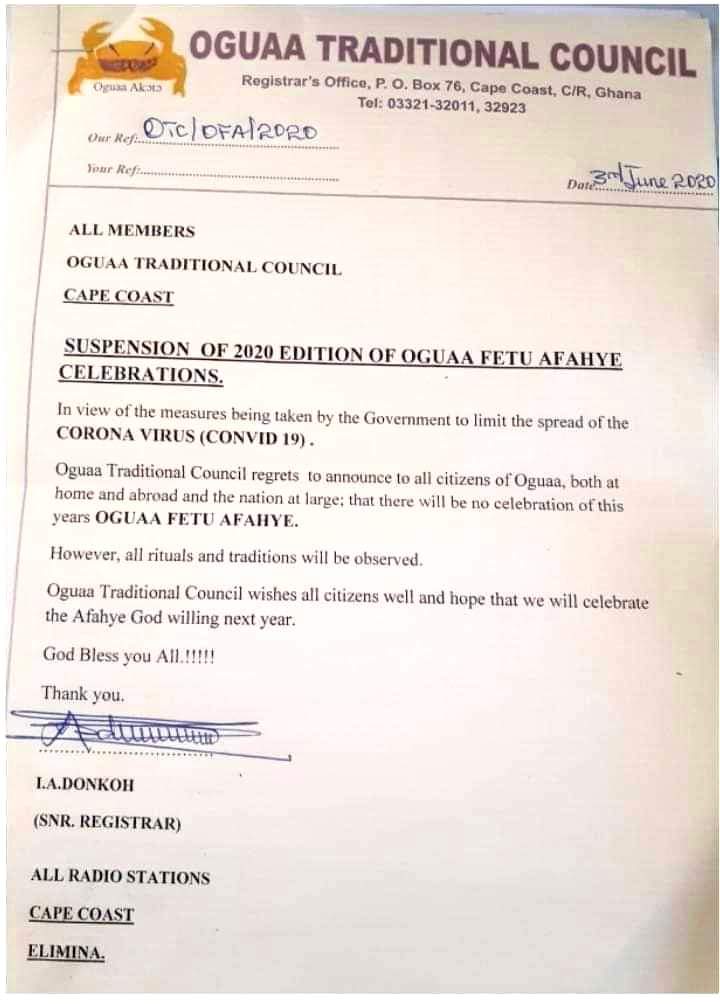