Bolgatanga-Bawku-Pulmakom road to be completed in 2020 – Roads Minister 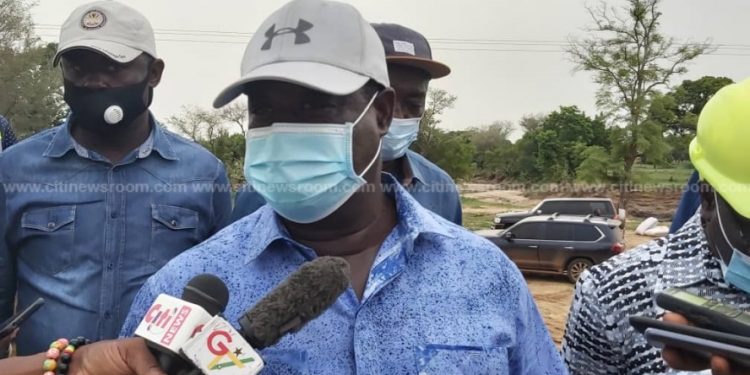 The Minister of Roads and Highways Kwesi Amoako Atta says the Bolgatanga-Bawku-Pulmakom road in the Upper East Region will be completed by the end of 2020.

The 109km stretch of road was awarded to a Brazilian contractor Queiroz Galvao in 2016 and was scheduled to be completed in 2019 but stalled due to financial constraints.

Although the contractor, Queiroz Galvao resumed active work in March 2020 after payment of some arrears by government, resident engineer, Peter Dagadu in an interview with Citi News said, they will complete work in 30 months thus spanning to 2022.

But during a working visit to the region, the minister Kwesi Amoako Atta insisted the road will be delivered by the end of 2020.

“The Bolga-Bawku-Pulmakom Road is a very long stretch of road which is in the heart of every individual, every person in this region and, indeed, government. Government is so particular about this road. President Akufo-Addo’s government is determined to fix this road by the end of 2020. Almost 40km is ready to be handed over any moment from now; completely sealed and road line markings done. A long stretch has also received prima seal and another very long stretch has also received double seal awaiting road line-markings. We still have some work to do on that road and I am very confident that the road would have finished by the end of the year”.

The minister admitted there are challenges being faced by the contractor but assured that the ministry will intervene.

“The contractor is facing a few challenges going through Bolga Township because of the obvious payment of compensation for certain structures that would be affected. In fact, we are going to work on that and those who need to be compensated will be compensated to pave the right of way for the contractor to continue to do his work uninterrupted.”

Residents in the Bolgatanga township has over the years bemoaned the bad nature of roads in the town.

Most roads in the town are designed with all sizes of potholes.

Mr Amoako Atta assured residents that the Bolgatanga township roads will be fixed in a month.

“Between Bolga Township and leaving the outskirts of Bolga, we have some challenges there. I have directed the Director of Urban Roads to do pothole patching around that area within the next one month and to put asphalt overlay on it. I want to assure the people of this region that within the first term of the President, the Bolga-Bawku-Pulmakom Road, which has had a checkered history, will be delivered”.

He was optimistic the five bridge projects in the region which are at various stages of completion will be fixed in due course to bring relief to residents and commuters.

He hinted that the Tamne bridge will be completed within two months for commissioning and be handed over for use.