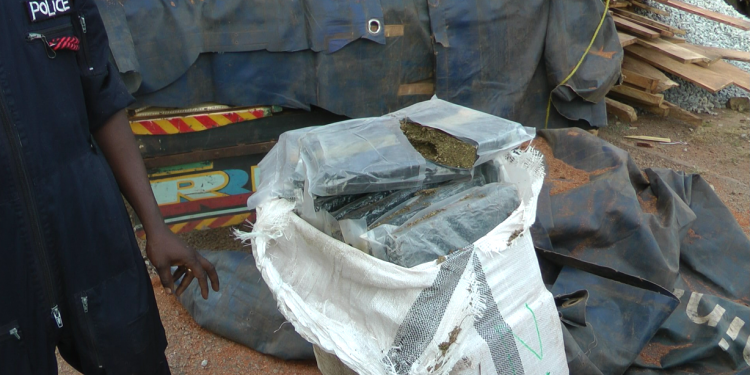 The Bono Regional Drug Enforcement Unit of the Ghana Police Service has made its biggest bust yet of a substance suspected to be Cannabis over the weekend.

The substance, valued at over GHS1 million was being transported in a truck en-route to Burkina Faso.

This, the service said is its biggest interception since the formation of the unit in the region.

The two suspects, the driver and his mate are aged 20 and 27 years respectively.

“In fact, from the records of crime, this has been the largest suspected cannabis that police have busted in the region. So far I can tell you that the persons who were busted are being prepared for court.”

“Ayuba Ali is 27 years and he is the driver’s mate. Ametus Sori is 20 years old and they are both natives of Kunnyukuon near Babile in the Upper West Region. They were hired by someone whom they have given us his name but we don’t believe that he hired them. But they mentioned his name and said he gave them GHS7,000 to transport the items.”

The substance was packed in 180 sacks each of which contained 47 compressed slabs of the suspected cannabis.

The driver and the mate onboard a Rhino Cargo Truck with registration number GR 2474-16 were transporting the substance from Nsawkaw, the Tain District capital.

They were busted at a section of the road between Menji in the Tain District and Banda in the Banda District while they were on their way to Burkina Faso at about 1:00 am.

The suspects allegedly mixed the substance with other items such as boxes of weedicide, lumber, plywood and sawdust to outwit the police.

The suspects were said to have told the police that they hailed from Kunnyukuon near Babile in the Upper West Region and were contracted at a sum of GHS7,000 to transport the substance to Hamile and subsequently to Burkina Faso.

However, luck eluded them when they were arrested by the officials of the Drug Law Enforcement Unit of the Ghana Police Service (GPS). 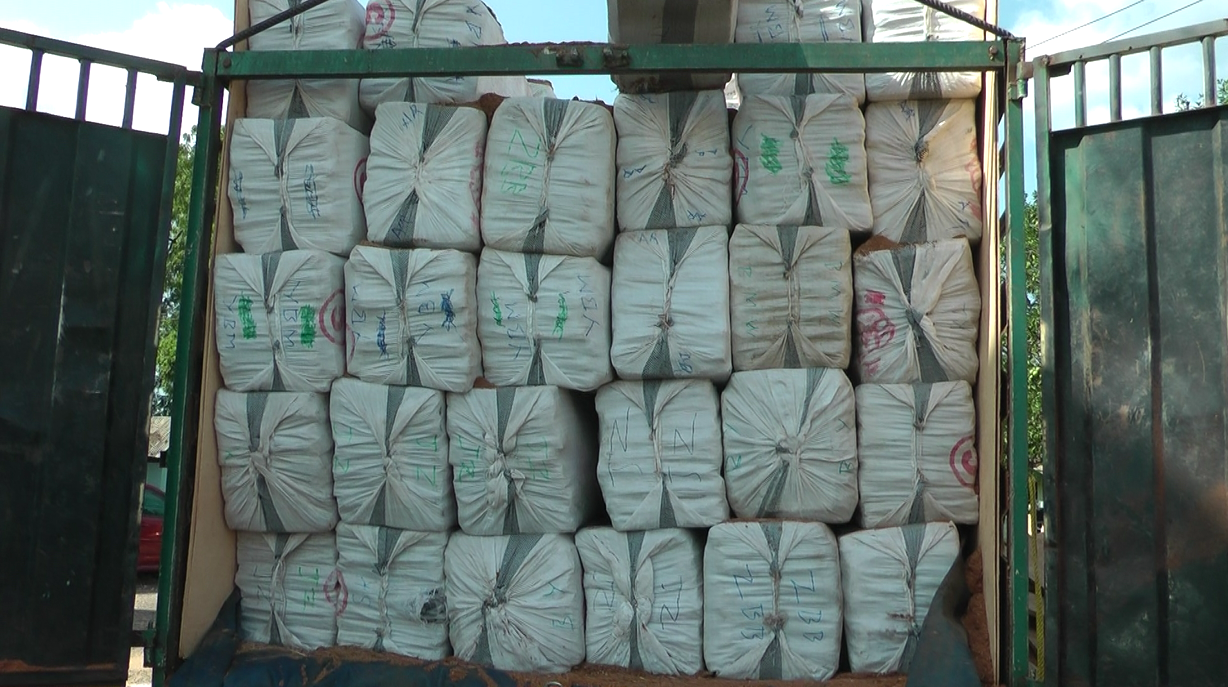