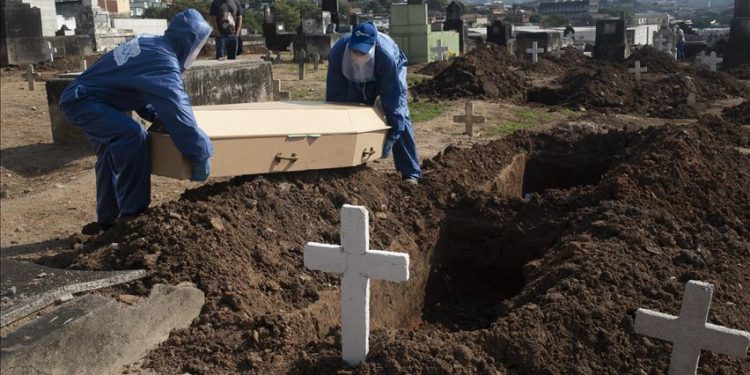 Brazil has reported 641 more deaths from coronavirus over the past day, becoming the second country worldwide with a death toll topping 50,000.

The country’s Health Ministry said Monday the overall fatalities have mounted to 50,617, according to public news agency Agencia Brasil.

Meanwhile, 17,000 new infections were reported over the past day, taking the nationwide case-count to over 1.08 million.

Brazil is one of the world’s hardest-hit regions due to the virus, and now in second place after the US in the death toll.

Since first appearing in China last December, the novel coronavirus has spread to at least 188 countries and regions. The US, Brazil and Russia are currently the hardest-hit in the world.

The pandemic has killed over 468,000 people worldwide, with more than 8.95 million confirmed cases and close to 4.43 million recoveries, according to figures compiled by the US’ Johns Hopkins University.