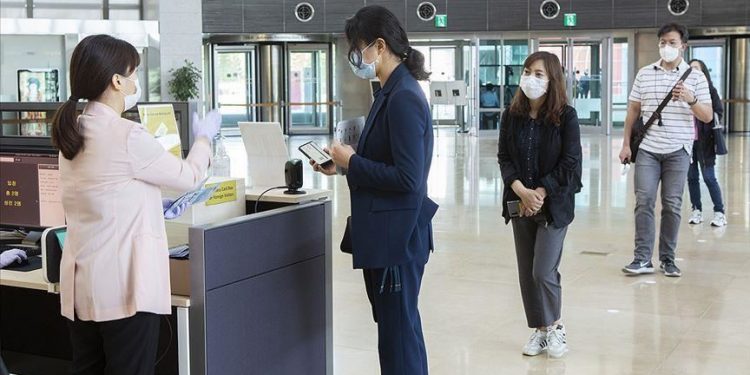 Of 46 more infections confirmed in the country, 30 were linked to a Russia-flagged ship docked in the southeastern city of Busan, with one additional fatality due to the infection, said the report, citing the Korea Centers for Disease Control and Prevention (KCDC).

However, infections continued to spread in Seoul and outside the capital, as well.

The Russia-flagged refrigerator vessel had departed from Vladivostok, Russia and has a crew of 21 people.

Of all infections reported, 10,908 patients have recovered.

In China, the National Health Commission confirmed 22 new cases on Monday, 13 of which were reported in the capital Beijing.

The country has reported 1,885 imported COVID-19 infections, but no deaths.

Many of the new infections were from two Melbourne primary schools marked as COVID-19 hotspots.

One case was reported in New South Wales.

Australia has reported more than 17,000 cases so far, including 102 who have died due to the infection.

Since first appearing in China last December, the novel coronavirus has spread to at least 188 countries and regions.

The US, Brazil, Russia and India are currently the countries hardest hit in the world.

The pandemic has killed more than 472,000 people worldwide, with confirmed cases exceeding 9 million and over 4.5 million recoveries, according to figures compiled by the US’ Johns Hopkins University.

One million new infections were recorded in the past eight days.