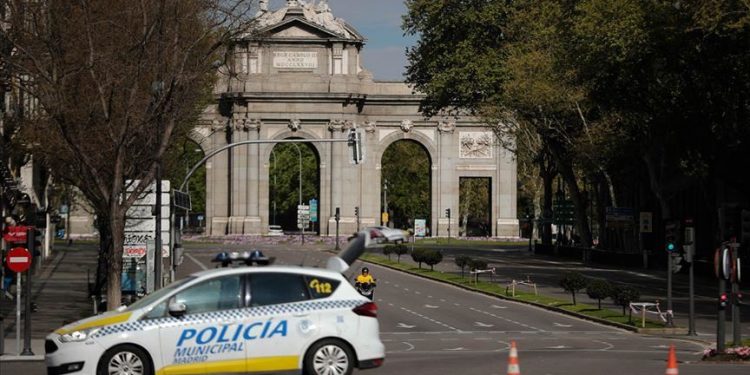 As the state of emergency in Spain came to an end on Sunday, the country reopened most of its borders with Europe and permitted free internal movement for the first time since mid-March.

At the same time, the Ministry of Health confirmed one more death and 334 new COVID-19 infections, slightly down from Saturday.

In total, the Ministry of Health confirms that 246,727 people have so far been diagnosed with COVID-19 in the country, while 28,323 of them have died.

But despite having active COVID-19 cases, the government is now encouraging both Spaniards and foreigners alike to take summer holidays in Spain.

As of Sunday, Spain’s borders are open with the rest of Europe, excluding Portugal, but including the United Kingdom.

In an announcement on Saturday night, Spain’s Minister of Foreign Affairs Arancha Gonzalez Laya said that British visitors would not need to quarantine upon arrival.

She had previously mused reciprocating the 14-day confinement that the United Kingdom enforces on all arrivals.

“We are doing this out of respect for the 400,000 British citizens that have a second residence in Spain and are dying to benefit from their homes in our country,” said Gonzalez Laya on BBC News.

Ignacio Aguado, spokesperson for the government of Madrid, criticized the safety measures that were debuted today at Madrid’s Barajas Airport, calling them “absolutely insufficient.”

New arrivals do not have to take a test for coronavirus, but they do have to fill out a new form, pass through a temperature screening and undergo visual inspection for symptoms.

Aguado said that since 40% of people with COVID-19 are asymptomatic, trying to screen them based on symptoms will let too many people slip through the cracks.

Within Spain, all internal borders have also been removed for the first time. Coastal areas and other tourist destinations are bracing for the first wave of visitors from some of Spain’s big central cities such as Madrid.

Some of Spain’s seaside regions, including places like Galicia, Asturias, and Murcia have gone days without registering even one new coronavirus case.