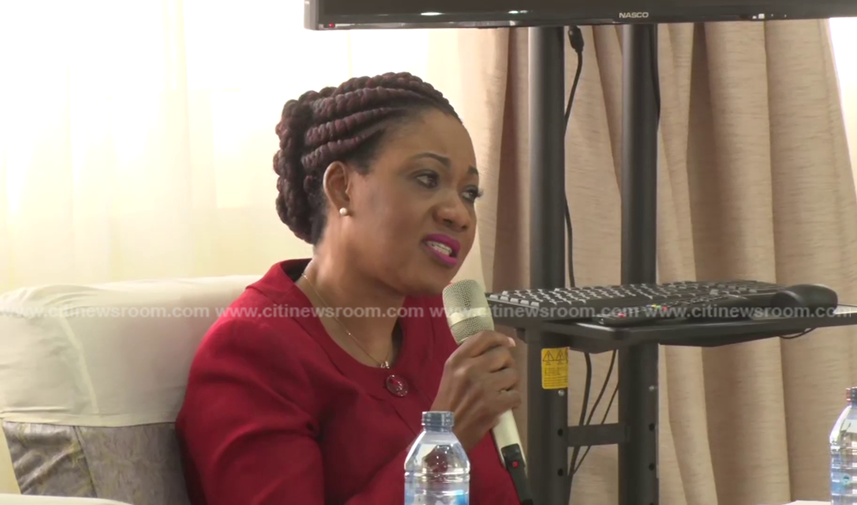 The Chairperson of the Electoral Commission (EC), Jean Adukwei Mensa wants the Supreme Court to dismiss an application filed by policy think tank, IMANI Africa and other Civil Society Organizations seeking to provide additional information to the court in the ongoing case challenging the EC’s decision to compile a new voters’ register.

IMANI Africa and the CSOs had filed an amicus application seeking to be friends of the court in the cases filed by the opposition National Democratic Congress and a private citizen.

But the Chairperson of the EC in a counter-motion sighted by Citi News said the Supreme Court should reject the request as she believes that their involvement will not add any value to the case but rather delay proceedings.

In her affidavit to oppose the application, Jean Mensa said IMANI and the other CSOs; Conservative Policy Research Center, Alliance for Social Equity and Public Accountability (ASEPA) and Institute for Liberty and Policy Innovation have also not shown that they had expertise in law or in the issue at hand.

She argued that “The applicants have also not shown any expertise that they have in law or regarding the matter currently pending before the Court for which the count should entertain a brief from them.”

“Furthermore, the applicants have not stated or shown that they have any special expertise relating to the interpretation and protection of the constitution and its guaranteed rights (the subject matter) which is not yet at the disposal of this Honourable Court, the parties and their lawyers or appeared to be overlooked by the court or the parties before it.”

Jean Mensa in her affidavit also argued that the application by IMANI Africa and the rest of the CSOs seeking to be friends of the court is just for them to seek an opportunity to re-argue the plaintiffs’ case and granting it would be an abuse of the process and would unnecessarily delay the determination of the suits before the Supreme court.

“In the circumstances, I pray that the application herein be dismissed,” she urged the apex court.

Last week, the Supreme Court consolidated two cases before it that border on the 30th June 2020 voters’ registration exercise.

The National Democratic Congress (NDC) is in court challenging the exclusion of the existing voter ID card as proof of identity for the purposes of the registration.

A Ghanaian citizen, Mark Takyi-Banson filed a fresh case, asking the Apex Court to make a pronouncement on the matter.

Additionally, Mr. Takyi-Banson wants the Court to rule against the EC for excluding birth certificates as proof of identity for voter registration.