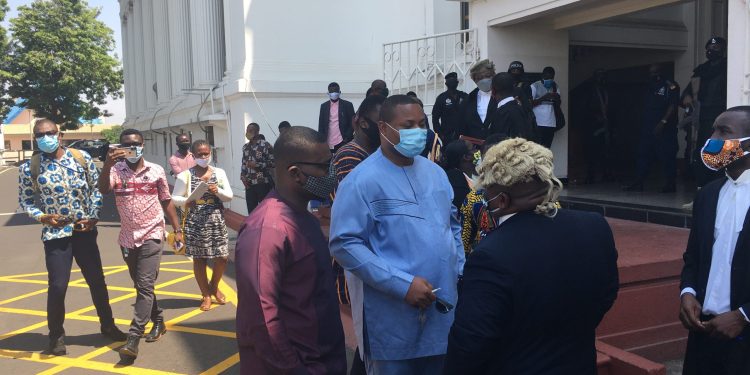 The President of IMANI Africa, Franklin Cudjoe has described as disappointing, the dismissal of its amicus curiae brief, by the Supreme Court.

IMANI Africa and some other civil society groups were seeking to be considered as friends of the court in the case involving the Electoral Commission’s planned voter registration exercise.

But the Supreme Court threw out the application today, Wednesday, June 24, 2020, saying the processes as filed were not supported by law.

But Franklin Cudjoe in an interview said, although they are disappointed at the Supreme Court’s decision, they accept it.

“Well, on the onset of this application, we did say that we were at the benevolence more or less of the law and so what they decide to do we will live with it. It is just that we are disappointed that the court didn’t even consider the brief itself.”

“We think they would have benefitted greatly from it, but look, the laws have spoken and we can’t quarrel with that. We just have to live with it. But I hope that the decision they eventually arrive at will be a decision everyone can live with in this country. I’m just disappointed and I think my colleagues are equally disappointed,” he said.

IMAN, Conservative Policy Research Center, Alliance for Social Equity and Public Accountability and Institute for Liberty and Policy Innovation, had applied to the Court seeking to provide additional information on the pending suits at the Supreme Court in the voters’ register case.

But the Supreme Court dismissed their application saying in part that IMANI and its cohorts are not neutral in the matter and could have applied to join the case if they were indeed interested.

The court, presided over by Chief Justice Anin Yeboah, agreed with the Deputy Attorney General and dismissed the application saying the processes as filed were not supported by law.