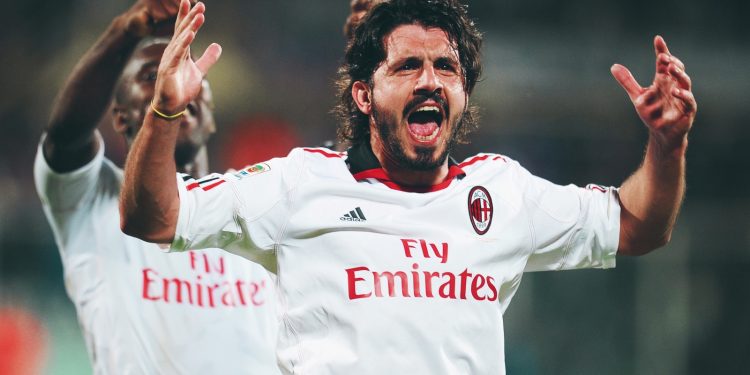 In 1991 Ghana won the U17 football world cup for the first time. The Ghanaian team consisted of brilliant players in the likes of Daniel Addo, Odartey Lamptey etc. but one particular player in the team that fascinated me the most was Samuel Osei Kuffour. Ironically Samuel was one of the least “talented” players in the team per my observation.

According to stories that came up after the tournament, Samuel Osei Kuffour wasn’t originally listed in the squad (or the starting lineup); he was only called upon temporary to replace an injured player, and the rest they say is history. Osei Kuffuour progressively rose to play at the highest level of football, wining the UEFA Champions league and about 6 Bundesliga titles.

Osei Kuffuor just like Frank Lampard of Chelsea and England fame will not be described as talented players but these guys have always been one of the key players in their respective teams. Those who know football better will bear me out. These players were cherished by their managers, and valuable to the team because one thing stood out – “Positive ATTITUDE”.

Karl-Heinz Rummenigge, Chairman of Bayern Munich described Samuel Osei Kuffour as “someone with a great character” and this didn’t surprise me looking at the heights he achieved in his career.

The stories of these two players and numerous successful people make me believe talent or skills are good traits, however, without it you can still achieve that dream with the right attitude.

In our everyday life, the right attitude is seen as an instrument to the success story! Research shows that attitude constitutes about 80% of the success equation.

As human beings sometimes we might be tempted to lower our standards, ease a little bit or let down in certain areas but as they say “every let down affects the rest”. We should turn up every day with the right attitude no matter the situation and the occasion.

Because we lost out on that promotion, the business deal fell through or the partner cheated on us should never be an excuse to lower the standards. We should wake up every day with the “can do” attitude determined to do better than before.

I remember in one particular season in Premier League, Jose Mourinho had won the league with still a game to play. One would have expected him to go into the last game with a lackadaisical attitude because he had nothing to lose. Prior to the game he was interviewed and asked how he would approach the game. His answer was simple; “This game to us will be like Gattuso playing”.

Gennaro Gattuso is renowned for his competitive and aggressive attitude irrespective of the game he is playing. To him it doesn’t matter whether it’s a friendly match or the world cup final, his attitude is always the same. He always wants to win.

Every day of our life should be that of Gattuso playing, aiming to make a mark irrespective of the circumstances.
Change in attitude might be all we need to achieve that dream.