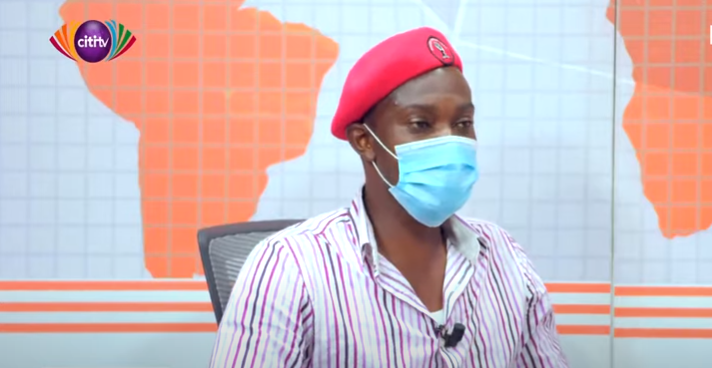 The Leader of the Economic Fighters’ League, Ernesto Yeboah has been released from police custody, more than 30 hours after his bail was set by the court.

According to his lawyer, Francis Xavier Sosu, Ernesto Yeboah has met the bail requirement which was set at GHS100,000.

“He [Ernesto Yeboah] is doing well, but it is quite unfortunate this looks like an attempt to undermine his right to free speech and expression. It looks like a deliberate, calculated attempt to deliberately make it impossible for someone to freely express themselves and that is worrying.”

Ernesto Yeboah was arrested on June 6 at the Black Lives Matter vigil held in Accra.

The police insisted that the Black Lives Matter vigil, which they described as a protest, was not authorised whilst organisers of the vigil produced evidence indicating they notified the police in line with the Public Order Act.

He was subsequently granted a police enquiry bail. He appeared before court, yesterday, Thursday where he was charged with failure to notify the police of a special event contrary to section 1(1) of Act 491.

Mr. Yeboah pleaded not guilty and the court granted him bail with three sureties; with two of them being public servants.

EC faces another suit over compilation of new voters’ register