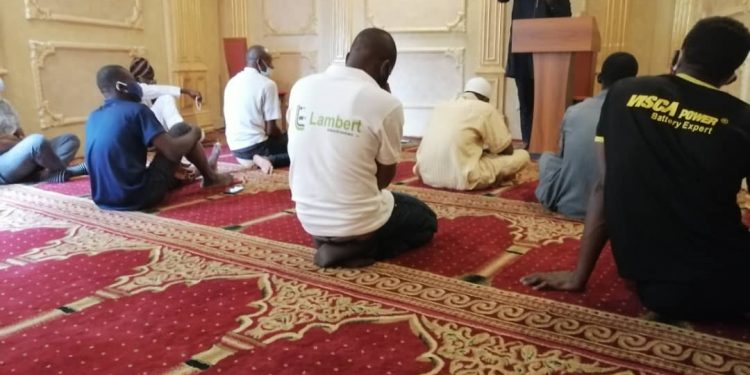 In light of the evolving situation with the COVID-19 pandemic, Muslims across Ghana today June 5, 2020 commenced Virtual Friday congregational prayers. 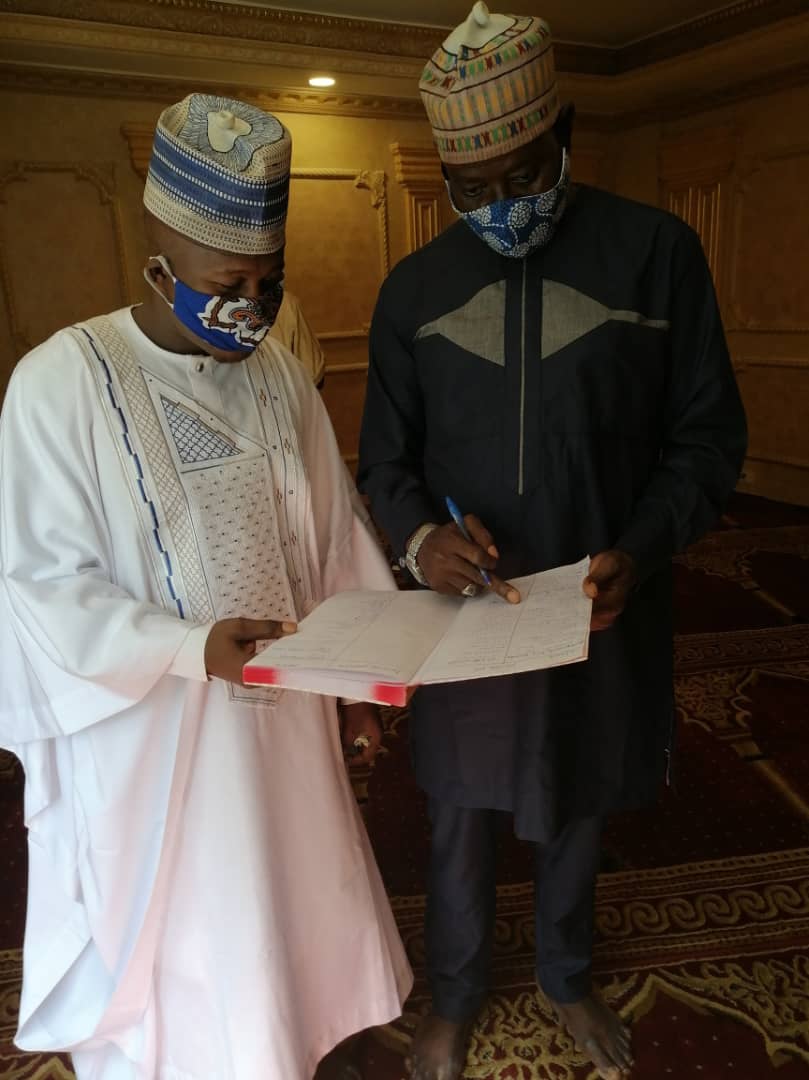 By the President’s directive, Mosques and churches should host worshippers with a maximum number of one hundred (100) congregants, with a mandatory one-meter rule of social distancing between the congregants. 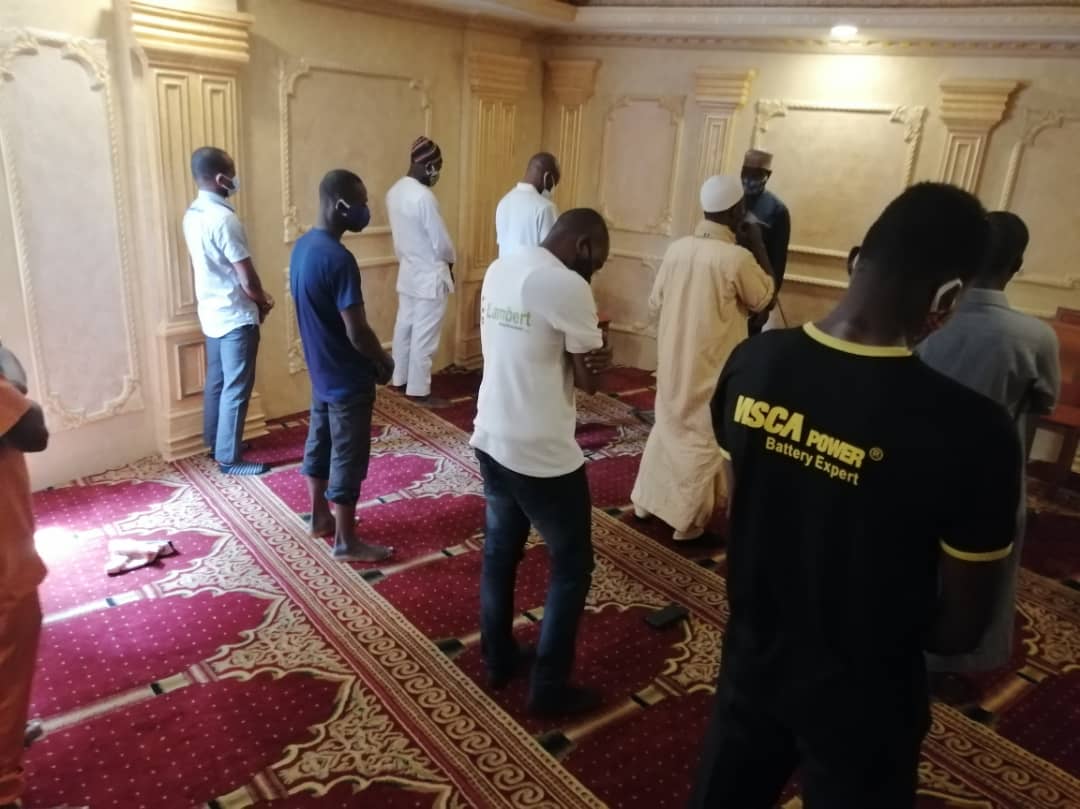 Precisely, this was the situation at the Masjid Salam Mosque used for communal prayer on Fridays in the private residence of Ghanaian entrepreneur, Alhaji Talal Fatal.

With lower and upper chambers, the mini Mosque which previously accommodated about 200 worshipers recorded 37 people on the first day of Jumma prayer.

In the Mosque, the congregants strictly adhered to the mandatory one-meter rule of social distancing between them.

At the main entrance, one of the Mosque caretakers, Abdul Hamid Saeed guided the congregants to write their details which required their names, telephone numbers, and residential addresses. 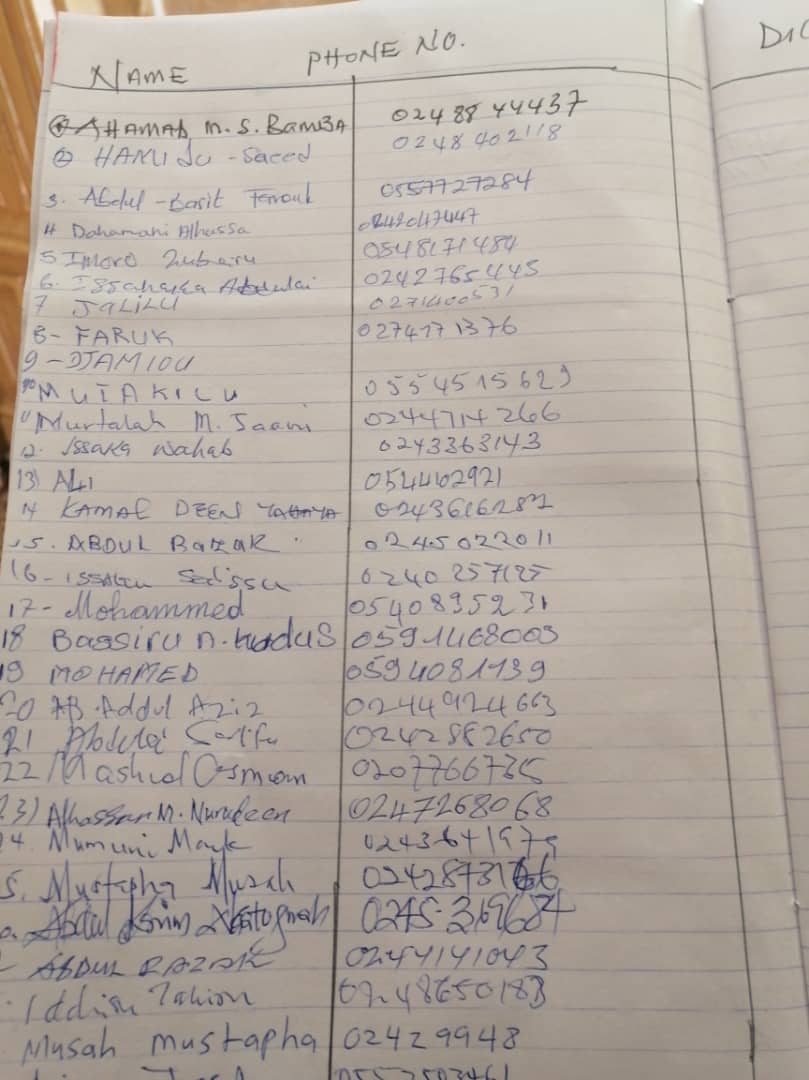 He ordered them to use hand sanitizer accessible at the entrance and entreated them to wear facemasks regularly to the Mosque.

In a precise sermon (Khutuba), the officiating Imam, Ahmed Sahamudeen Bamba commended government for lifting the ban on social gatherings.

He urged Muslims to strictly adhere to the preventive protocols to avoid the spread of COVID 19 in the Mosques.

Imam Bamba reminded Muslims of their responsibility to wear facemasks to the Mosques at all times. 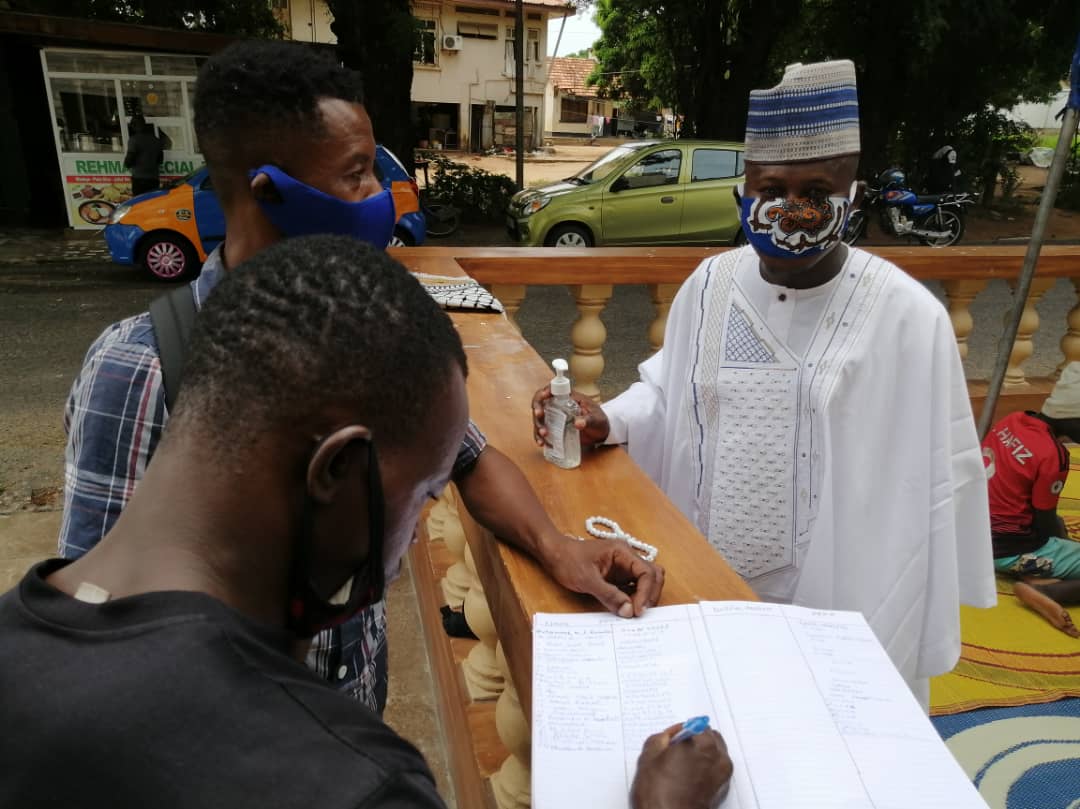 According to him, the Mosque steering committee is to procure handheld thermometer guns to test the temperature of congregants in subsequent weeks and called for strict compliance.