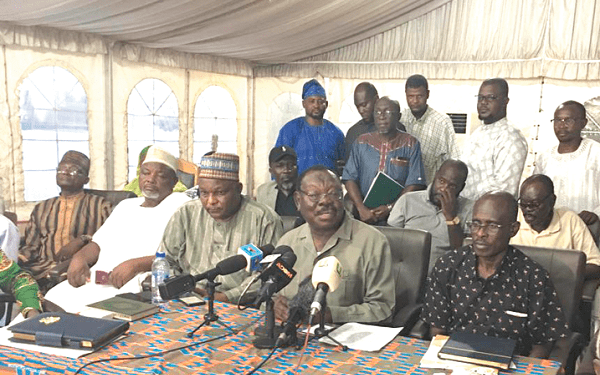 The National Hajj Board says it is willing to refund monies collected from potential pilgrims as the future of this year’s Hajj pilgrimage looks grim.

This is because Saudi Arabia is refusing to accept attendants from outside the country due to COVID-19 restrictions.

Speaking to Citi News, Director of Communication for the Hajj board, Alhaji Abubakar Sidik Ahmed however assured Muslims that their payments are safe.

“There are some who have paid; and they paid because we encouraged them to pay in that even if the pilgrimage is cancelled, the monies will be refunded to them. Actually, their monies are safe with the national Hajj Board. The Hajj Board will be meeting to consider all other issues that concern us as Ghanaians. But for me, the most important thing is the refund of people’s monies. We could also have a situation where others would like to keep their monies with the Hajj Board so that if things go on well, we will perform the Hajj next year”, he noted.

The Pilgrimage Affairs Office of Ghana (PAOG), in collaboration with Hajj Agents Association, pegged the 2020 Hajj pilgrimage fare at GH¢19,500, an equivalent of $3,500 dollars.

This was after the Office resolved that the fare will remain unchanged from 2019.

PAOG indicated that the fare could have been higher but the intervention by the government helped to make it affordable for more people to perform the Hajj.

Earlier this year, the  Saudi government announced a temporary ban of the 2020 Umrah (the lesser hajj) as a precautionary measure against the spread of the coronavirus disease (COVID-19) globally.

Ambassador of the Royal Kingdom of Saudi Arabia to Ghana, His Excellency Meshal Hamdan Al-Rogi who made the announcement said, the ban is also to protect Saudi citizens, residents, and pilgrims already in the country.

However, this year’s Hajj has neither been postponed nor cancelled.

Saudi authorities have moved to rather hold a “very limited” Hajj due to the coronavirus pandemic, with people already living in the kingdom allowed to take part in the pilgrimage that begins in late July.