If Universities Bill is passed, I’ll repeal it when I become President – Mahama 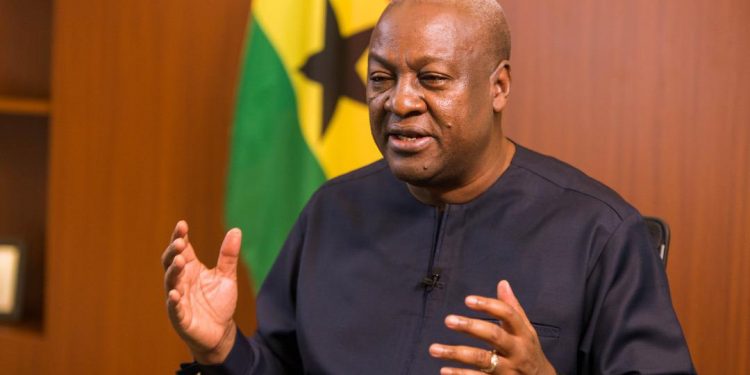 The flagbearer of the opposition National Democratic Congress (NDC), John Dramani Mahama, says if the Public Universities Bill is approved, he will repeal it if he wins the December 2020 general elections.

“I want to, however, assure the people of Ghana and the academic community that should government proceed and pass the Bill into an Act of Parliament, I will not hesitate to initiate steps for its immediate repeal, as a matter of priority, if God willing I assume office as President in January 2021,” Mahama said in a statement published on his website.

Mr. Mahama in the statement asked the government to withdraw the Bill which is currently before Parliament.

He argues that the Bill in its current form will undermine academic innovation.

“Government must listen to the concerns of key stakeholders and withdraw the Public Universities Bill. The Bill, as it stands, does not only risk undermining academic innovation and ingenuity; it will also jettison decades of scholarly excellence and adversely affect Ghana’s position as the preferred destination for international scholarly collaboration,” he added.

Other calls for the withdrawal of the Bill

The Dean of the University of Ghana School of Law (UGSL), Professor Raymond Atuguba has also called for the withdrawal of same, saying its country’s laws.

What our universities need is partnership. A partnership that fosters academic freedom, enhances their efficiency and also invests in research and development. The KNUST-INCAS COVID-19 rapid test kit innovation is one such outcome that is begging for support.

Our academics and students need support to focus on their core mandates of creating and sharing knowledge, not a Public Universities Bill that seeks to control and undermine the independence of our intellectuals and other researchers in state-owned universities.

The Bill as it stands does not only risk undermining academic innovation and ingenuity; it will also jettison decades of scholarly excellence and adversely affect Ghana’s position as the preferred destination for international scholarly collaboration.

As has been stated already by the Ghana Academy of Arts and Sciences, University Teachers, some former Vice-Chancellors, individual academics in the universities among many other stakeholders, there is absolutely no need for the Public Universities Bill. It must be immediately withdrawn from parliament.

In its current form, it is unclear what problems or challenges in higher education the Bill seeks to resolve. What is certain however is that, the Bill seeks to colonise public universities in the country, undermine academic freedom, stifle scholarly initiative, and subject research and researchers to needless and unproductive government control.

Government must listen to the concerns of key stakeholders and withdraw the Bill. I want to, however, assure the people of Ghana and the academic community that should government proceed and pass the Bill into an Act of Parliament, I will not hesitate to initiate steps for its immediate repeal, as a matter of priority, if God willing I assume office as President in January 2021.

Let me also renew the commitments I made during my meeting with the University Teachers Association of Ghana (UTAG) in Kumasi that as President, I will work with our universities to develop a comprehensive policy framework that promotes high quality research and rewards scholarly excellence.

Let’s respect the academic autonomy of the universities.