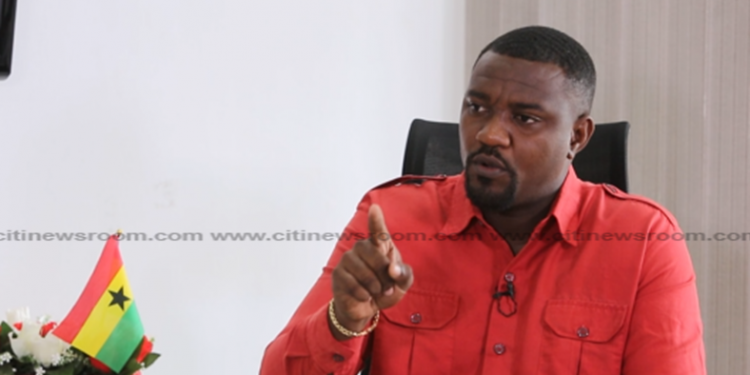 The National Democratic Congress’ (NDC) parliamentary candidate for the Ayawaso West Wuogon constituency, John Dumelo believes he will snatch the seat from the governing New Patriotic Party (NPP) with a 54% vote margin.

Speaking on Citi TV‘s Face to Face program, Mr. Dumelo dismissed suggestions that the seat is a safe haven for the NPP.

Despite the fact that the NPP has won the seat since election 2000, Mr. Dumelo explained that his party over the years have significantly closed the vote gap, adding that unlike areas like Bantama, Ejisu and Mampong, his constituency is far from being described as a safe seat for the NPP.

“This is not like some Bantama seat, or a Mampong or an Ejisu seat that we know to be traditionally NPP. The Ayawaso West Wuogon is a seat we are going to win. I am not going to win it, it is the NDC that is going to win it,” he said.

When asked about the percentage margin he expects to win the seat with, Mr. Dumelo replied and said “a margin of 54”.

He argued that the constituency has retrogressed in the past few years hence the need for a leader who genuinely has the needs of constituents at heart and not only during elections.

I have never shared money to my constituents

Mr. Dumelo explained that his campaign has been supported by friends and sympathizers who have shared in his vision.

He disclosed that he has never in any instance shared money to people in his constituency, but rather he has been focused on catering for the “essential needs of people” in his constituency through the benevolence of some friends.

“I don’t share money, I share essentials people need. I use the money to buy things for them. My source of money is from benevolent people who tell me, John, take 1 cedi, take cedi 2, and use it to support my campaign.”

“If I am called [by a friend] to take 500 cedis to support my campaign, I will gladly take it,” the actor said.