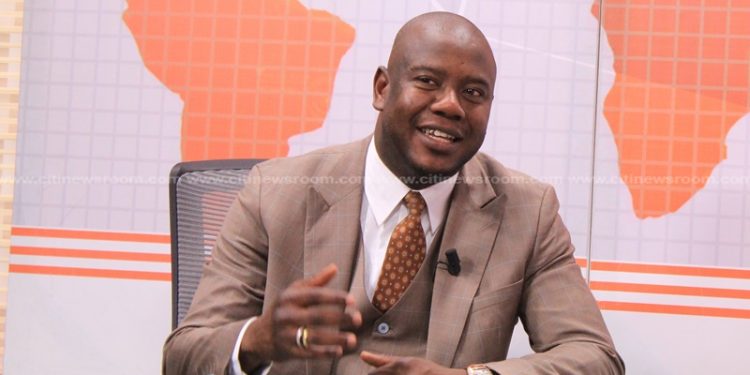 The New Patriotic Party (NPP) parliamentary candidate-elect for Yendi in the Northern Region, Farouk Aliu Mahama has promised to increase the NPP’s vote margin in the constituency during the 2020 general elections.

For Mr. Mahama, he is extremely proud of what he has been able to achieve within the constituency in the short term which signifies the dawn of a new era for the people of Yendi.

He has therefore assured, with the support of his other contenders, to appreciate President Akufo-Addo’s contribution towards restoring peace in the area by giving him more votes.

“The new era that is blowing over Yendi signifies that there is a new dimension of politics in Yendi and that we are going to increase the vote of Nana Akufo-Addo by a big margin and a bigger margin is going to be made by the NPP leadership. I have the assurance of my brother and sister who contested me that we are going to work together. We have pledged to increase the vote margin of Nana Akufo-Addo to appreciate the peace he has made in the region. So we will show him our appreciation by increasing the needed votes in Yendi”, he told Bernard Avle on The Point of View on Monday.

Farouk Aliu Mahama, who is the son of former Vice President, the late Aliu Mahama won the primary after garnering 244 of the valid votes cast.

Farouk Mahama also attributed his victory in the just-ended election to his high level of industriousness.

He says, he was able to beat his two other contenders due to the good works he has done for the people of Yendi to alleviate their plights and poverty levels.

According to him, infrastructural projects he undertook are among the major things that are currently inuring to the benefits of people in the constituency irrespective of their political affiliations hence his victory.

“I have helped people in the constituency, got employment for the people, helping farmers in the constituency, and all boil down to the fact that, if you work hard, you will be a successful candidate if you are determined to win. We were always in touch with the delegates doing need assessments of the people. In areas where there was no water, we embarked on a water project there. All areas that needed help, we were there for them. For instance, for the past 30 years, they had no morgue so I built one for them and the NGO I set up was used as a tool to alleviate poverty in the Yendi Constituency and its benefiting everybody, both NPP and NDC

Farouk Aliu Mahama is a Certified International Supply Chain Professional who is currently the Deputy Procurement Manager of the Ghana Cocoa Board.

He has promised to leverage his network to uplift the people of Yendi.

Integral to the area’s development will be investment from outside, which he said he was working to bring to Yendi.