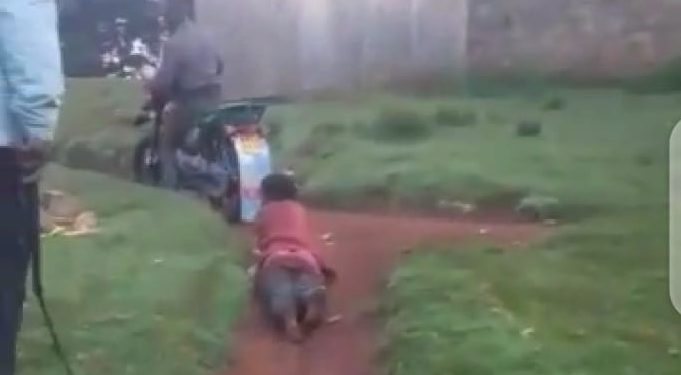 A Kenyan policeman is under investigation after being filmed whipping and dragging a woman tied to a motorcycle on an earth road.

The woman was reportedly linked to an alleged robbery in Nakuru county, in the Rift Valley region.

She has been hospitalised with wounds on her legs and hands.

She told local station Citizen TV that she knows the police officer.

Kenya’s Independent Policing Oversight Authority said in a statement “it will make appropriate recommendations if culpability is established”.

Last week the watchdog body said that 15 people had been killed by police and 31 injured since coronavirus measures were introduced on 25 March.

A recent report by the UN human rights office documented widespread police violence across the country, including beating, use of live ammunition and tear gas, sexual violence and damage to property.

Coronavirus in Africa: Outbreak ‘accelerating’ in continent – WHO

Coronavirus in Africa: Outbreak 'accelerating' in continent - WHO