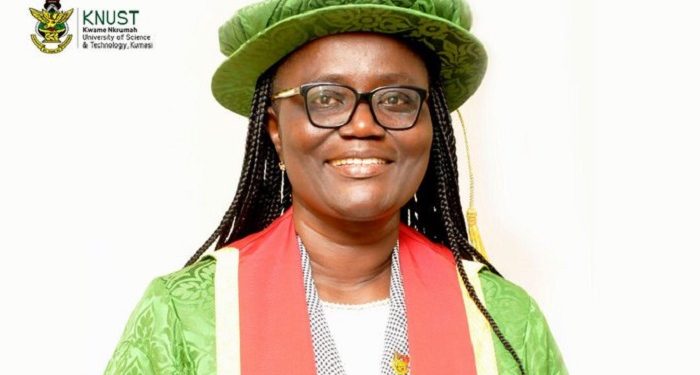 The Governing Council of the Kwame Nkrumah University of Science and Technology has appointed Professor (Mrs) Rita Akosua Dickson as the new Vice-Chancellor of the University.

This makes her the first woman to be appointed to the position in the history of the University.

Her appointment, according to a statement from the KUNST, takes effect from August 1, 2020.

Prior to her new appointment, Prof. (Mrs) Rita Akosua Dickson served as the Pro-Vice-Chancellor of the institution.

She served as the acting Vice-Chancellor in October 2018 when the then Vice-Chancellor Prof. Obiri Danso was asked to step aside temporarily, after weeks of student agitations and violence on the campus. 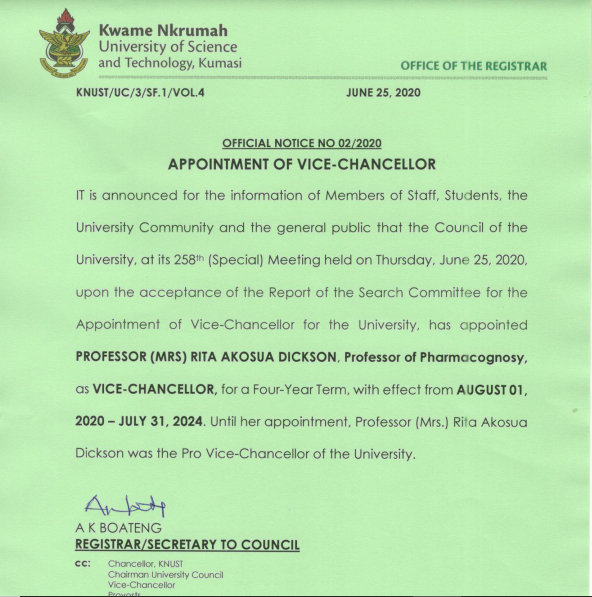 Prof. (Mrs) Dickson was the Dean of the Faculty of Pharmacy and Pharmaceutical Sciences before her appointment as the Pro-Vice-Chancellor.

She graduated with a Bachelor’s degree in Pharmacy from the university in 1994.

She pursued graduate studies leading to the award of MPharm in Pharmacognosy in 1999 and was appointed a lecturer the following year in the Department of Pharmacognosy, Faculty of Pharmacy and Pharmaceutical Sciences, KNUST.

She also holds a Ph.D. and a Graduate Certificate in Academic Practice (GCAP) from Kings College, London.