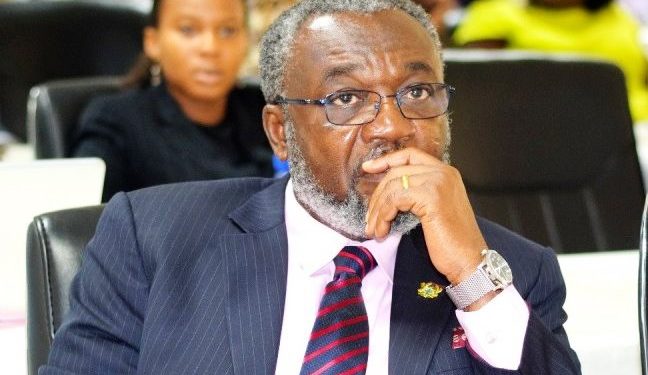 Health officials will not be conducting mass testing exercises for COVID-19 in Ghana, the Presidential Advisor on Health, Dr. Anthony Nsiah Asare, has reiterated.

This is because the approach is costly and will not reduce the spread of the disease.

His comments come in the wake of calls for students and staff to be tested as schools reopen for final year students.

Answering questions in Parliament on Friday, Dr. Nsiah Asare said the safest option is for Ghanaians to adhere to the safety protocols to avoid contracting COVID-19.

“When you test today and you’re negative, you can test positive after four days because of the incubation period. So do you continuously be doing mass testing every day or every week? There is no cost-benefit in that. So we’ll only contact trace and test but it is not mass testing which will solve this problem. We started doing enhanced contact tracing even before some other countries like the UK started doing it,” he noted.

“As a country, we are looking also at what resources we have available. If you’ll want to do mass testing, then it means there’ll be trucks with PCR machines everywhere. People will come there and they’ll all test. I don’t think that is the best way to go. The most important thing is we should all follow the safety protocols,” he added.

These calls notwithstanding, the government has indicated that it is going to continue focusing on ensuring the preventive measures and conduct targeted testing rather than testing on a mass basis.

The Information Minister, Kojo Oppong Nkrumah, has explained that the government has not made an attempt at mass testing in a bid to tackle the novel coronavirus more efficiently even though it eased some restrictions on gatherings.

Though the government has not given up on the option of mass testing, Mr. Oppong Nkrumah has said mass testing would not be an absolute solution to the spread of the virus.

NPP to acclaim Akufo-Addo as its presidential candidate today