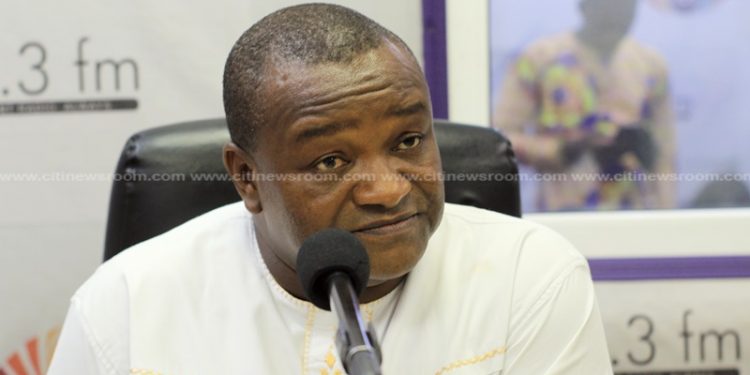 The Leader of the All People’s Congress (APC), Hassan Ayariga, believes the Supreme Court did not scrutinise well enough the National Democratic Congress’ case challenging the exclusion of the existing voter ID cards from the list of documents needed to register to vote.

He held that the apex court’s ruling only brought more confusion.

The court supported the Electoral Commission’s decision to remove the current voter ID from the list of identification documents required to register to vote ahead of the compilation of a new register and the 2020 general elections.

“The Supreme Court endorsed C.I. 126 to allow the use of NIA card and Ghana passport for the registration exercise. What it means is that institutions can now pass laws for the Supreme Court to comply and endorse. Practically, that is what happened. That is why it was very difficult for lawyers to understand the ruling. The Supreme Court actually did not do anything. It only confirmed C.I.126 and made some kind of pronouncements for the lawyers to get confused,” he said on Eyewitness News.

Hassan Ayariga, who is also one of the conveners of the Inter-Party Resistance Against the New Voters’ Register, the group opposing the compilation of the new electoral roll, said the apex court failed to understand the reality most Ghanaians are faced with having the required documents to register.

“Now, what the Supreme Court needs to do is to define who a Ghanaian is by this ruling. Because as far as we are aware, the Court failed to scrutinise the argument very well. One would ask, is that logic or was that a ruling? Because for me, what the Supreme Court did was to tell Ghanaians that they don’t have to worry themselves about the EC because the EC is an autonomous body. They can compile the register and you just have to follow the rules they have set regardless of the rules in question,” he remarked.

After the Supreme Court delivered the ruling on Thursday, June 25, confusion set in among factions in the case as they kept giving conflicting interpretations of the decision.

The court, upon dismissing some of the reliefs sought by the NDC and Mark Takyi-Banson, directed the EC to go ahead with the voter registration exercise as scheduled.

The court also made subsequent pronouncements on the law governing elections in the country.

This, however, left the parties involved divided over whether the Court upheld the use of the existing voter ID card as proof of identity for the purposes of registration or not.

Whereas officials of the NDC believe the ruling went in their favour, officials from the Attorney General’s office argued otherwise.

General Secretary of the NDC, after the verdict, told the press that the NDC’s key reliefs had been granted by the court.

“The court has just delivered the verdict which has granted our request for the inclusion of the existing voter card as breeder document for the compilation of the new voters’ register. We feel vindicated,” he said.

How it all started

The NDC dragged the EC to court because of its plans to exclude the existing voter ID card as proof of identity for the purposes of the planned new voter registration exercise.

A Ghanaian citizen, Mark Takyi-Banson also filed a fresh case, asking the Apex Court to make a pronouncement on the matter.

He argued that the decision to compile a new roll of voters violated the 1992 Constitution.

The Supreme Court subsequently consolidated the two cases and delivered its ruling.