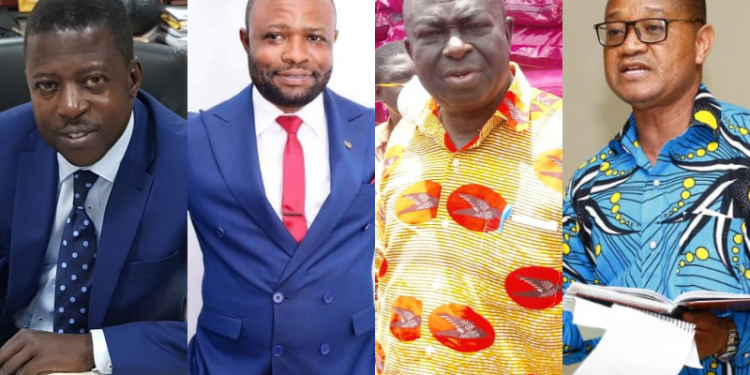 Ten incumbent New Patriotic Party Members of Parliament (MPs) in the Ashanti Region were beaten in the party’s primaries on Saturday, June 20.

They include the MP for Bantama and government’s spokesperson on Finance, Daniel Okyem Aboagye, MP for Offinso South and Chairman of Constitutional, Legal and Parliamentary Affairs Committee in Parliament, Ben Abdallah Banda, MP for Manhyia North and Chairman of Government Assurance Committee, Collins Owusu Amankwah and MP for Ejisu who doubles as Deputy Minister of Roads and Highway, Kwabena Owusu Aduomi.

In the Offinso South Constituency, Isaac Yaw Opoku polled 473 votes to beat the incumbent, Ben Abdallah who had166 votes. The third aspirant in the race, Desmond Chris Appiah had 43 votes.

The CEO of MASLOC, Stephen Amoah secured 332 votes to beat the current MP, Kennedy Kankam who had 315.

MP for Nsuta Kwamang Beposo, Kwame Asafu Adjei did not get the chance to represent the party in parliament in the upcoming 2020 general elections as he was beaten by Adelaide Yaa Agyeiwaa Ntim.

George Obeng also beat the sitting MP Joseph Albert Quarm to become the candidate to represent the party in parliament for the Manso Nkwanta Constituency.

Saturday’s primaries was conducted in constituencies where the NPP has sitting Members of Parliament.

The party has 44 incumbent MPs in the Ashanti Region. Elections were held in 43 constituencies except for the Kwadaso primary which has been postponed to 24th June 2020.

16 incumbent MPs run unopposed while 15 who were contested won.

Meanwhile, two current MPs, Minister for Monitoring and Evaluation, Dr. Anthony Akoto Osei and MP for Akrofuom, Kwabena Appiah-Pinkrah did not contest in the primaries which paved way for entirely new entrants.